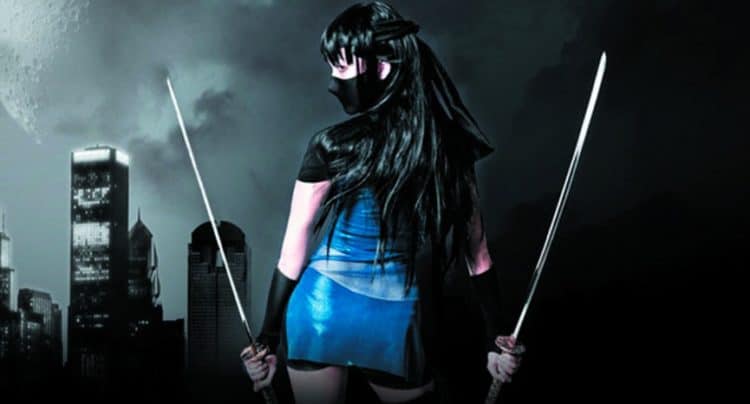 Some shows seem to have little real significance when they’re first released, while some are latched onto by a large number of people and are seen as the greatest shows ever made. Shinobi Girl, the story of a young woman seeking to take revenge on those that believe they’re above the law, is one such program that seemed to have a good idea and at least a small head of steam leaning into the first season, but was somehow taken off before it could really get anyone’s attention. This was back in 2012, only a year after some of the most favored shows had come out and presumably a good time to ride the wave of popularity that had been going around. But for some reason the show never really took off past the first season and was kind of left to just sit and collect dust after all was said and done. Maybe it’s time to go back and see if it’s worth bringing back to where it can be seen without searching for it.

It definitely seems as though this series might need a bit of reworking mostly because despite the story being worthwhile and capable of sustaining interest, it does seem as though it’s a bit dated and could use an upgrade, as well as a few cast members that people know about and might appreciate lending their talents to something like this. There are plenty of A and B-list actors that would probably sign on to make this happen and could possibly be persuaded to even produce the show since a large number of actors have taken to producing their own projects throughout the years. Anything with a woman taking revenge upon those that would take advantage of her and other women in this era seems like it might need to be taken with some care, but at the same time it does seem as though it might perform quite well when you really think about it. While the whole fervor of the Weinstein scandal is still winding down in its last few phases and the #MeToo movement has finally dwindled a bit the main point of the story wouldn’t need to focus solely on the main character’s reason for revenge, as the idea does eventually move ahead and favors the confrontations that she has to endure as she’s hunted by a professional killer and her fellow assassins.

The whole premise of a young woman with a blade in each hand and a hunger for revenge laying waste to those that absolutely deserve it is something tempting for a lot of viewers since many people want to watch something that has to do with justice and the wicked being punished, but again, this story would need something added or something upgraded in order to make it work. If it was at all possible it might be nice to see the original actress resume her role and once again become the face of justice as she swings her blades down upon those that have wronged others and are therefore deserving of the punishment she delivers. But that doesn’t seem like enough to be honest and it could be why there was only one season seven years ago. A series needs continual ideas and whatever happened was obviously enough to keep the show from moving on as it should have. Bringing it back now the show would need a complete overhaul and would obviously require a much bigger budget than it had in the first place. Financing this show would be one of the biggest challenges it seems since everything else might fall into place once this happened.

But gaining public interest, that would be another hurdle that would need to be met and conquered before any release could be announced. At this point you might go ahead and ask anyone on the street if they remember Shinobi Girl and you might get a few people that would say yes. But likely as not you’d be met with a lot of resounding negatives since quite honestly once a show is gone it’s pretty much forgotten and done with. Some shows endure in the memory of the people largely because they went to such extremes and broke societal norms and rules that no one had bothered doing before. In the case of Shinobi Girl this did happen, but not in a way that people were bound to notice on such a grand scale. If this show is to ever come back then it needs to go for broke and simply run forward, sprint as though it’s seeking the gold medal and keep on going with as much as it can until it finally gets noticed and makes people realize that it’s not joking around any longer. It’s possible, but until it happens we might have to just dream.