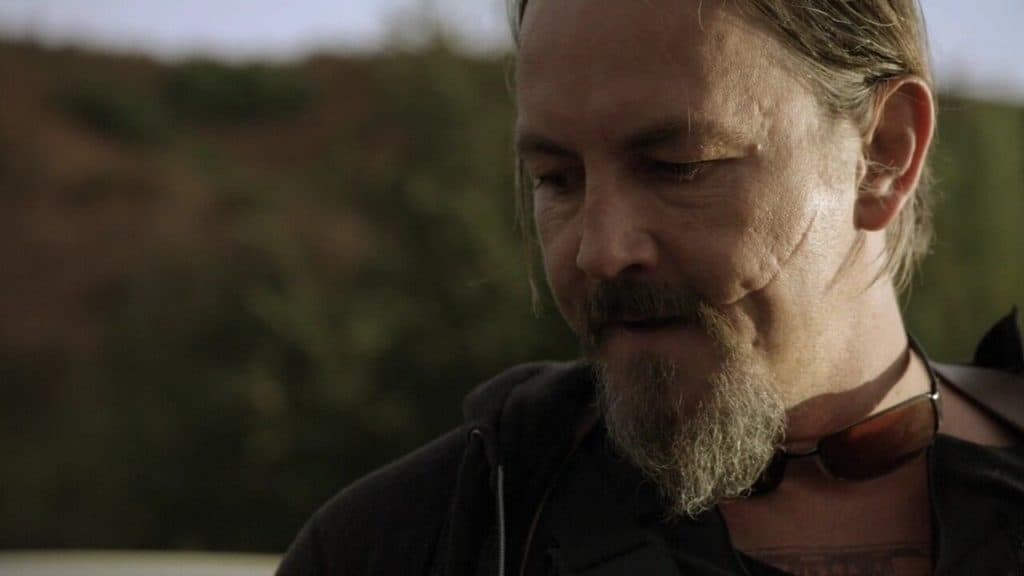 To be realistic it’s hard to pick a favorite from Sons of Anarchy since quite a few of the actors did an awesome job during the series and while it did turn out to be more drama than anything, big surprise, the show was still fun to watch throughout each season. Some might want to argue that there was something lost when certain characters were taken out, and they’re not entirely wrong, but the fact is that those who were left took up the slack quite well. One of those that didn’t get a lot of attention at times but was always there to offer support was Chibs Telford, one of the most stoic and reliable members of the club and someone that was willing to do what was needed in order to keep the club safe and secure. Chibs wasn’t perfect, none of them were in fact, but he was definitely loyal to a fault and was ready at all times to do what the club president required of him. In a very meaningful way, Chibs is the kind of guy that one can rely on if they’ve gained his trust, but should fear if they’ve crossed him.

Over the course of the show, he showed more than once that he could get violent without question and would do so if there happened to be a good reason. Having been booted out of the True IRA and given a Glasgow Grin in the process he had a distinct look that was hard to forget. The truth is that the actor, Tommy Flanagan, was attacked outside of a pub one night and was scarred by an attacker. While some might have felt that this would ruin their career and life forever, the scars actually ended up becoming a big selling for Flanagan, as each character he’s taken on throughout his long career has been different but has always made use of the scars as another part of his character.

And as Chibs, the scars carried a lot of weight since his backstory is a rather unhappy one as he’s a Scot that was tossed aside and one way or another made his way to SAMCRO, where he found his place and a family that cared for him. Chibs became such an integral part of the club that he was essentially one of the wisest members, as he became the guy who could speak and give advice when needed but also be the guy that sat back and listened to what others had to say. In other words, he had a temperament that was pretty balanced since he could be calm and reasonable at most times, and could also play the peacekeeper when he had to. But when he was wound up it was easy to see the mayhem in his eyes since the guy knew how to hurt people and would have likely relished in doing so at times when it came to striking back at those who would dare to do anything to hurt the club or those he cared about. If one could call Chibs anything, it would be a guardian, or a guard dog, since his loyalty was absolute.

Perhaps the most violent that Chibs ever became was when it came to dealing with the Irish during the earlier seasons of the show since there’s no denying that he had a serious hate that he’d reserved for some of them, Jimmy O’Phelan, who he would later get to finally exact his revenge on for cutting his face and stealing his family. It’s amusing to think about, but Chibs is a truly deadly combatant since he’s a scrapper when it comes to a fight and knows his way around a brawl. In short, he’s the guy to have on your side when things go down. Throughout the course of the show, Chibs never really did get seriously violent like other characters, but he was always down to help his brothers in SAMCRO even if he disapproved of the reasons they were doing something. Chibs had far more loyalty than many men might have when it came to a group such as SAMCRO, especially since he ended up becoming the president of the charter by the end of the series, a position that he wasn’t bound to take lightly.

The main reason that Chibs is the best character on this show is that he didn’t look to abuse whatever authority he was given, and he wasn’t into causing trouble simply for the sake of it. When it came to being a biker, Chibs was old school and lived the life because it made sense to him and gave a sense of freedom and family that he’d been looking for. He was ride or die in a way that actually meant what it said, and there was no other way to be.