Home
Movies
Which Baseball Movie is Better: Field of Dreams or The Natural? 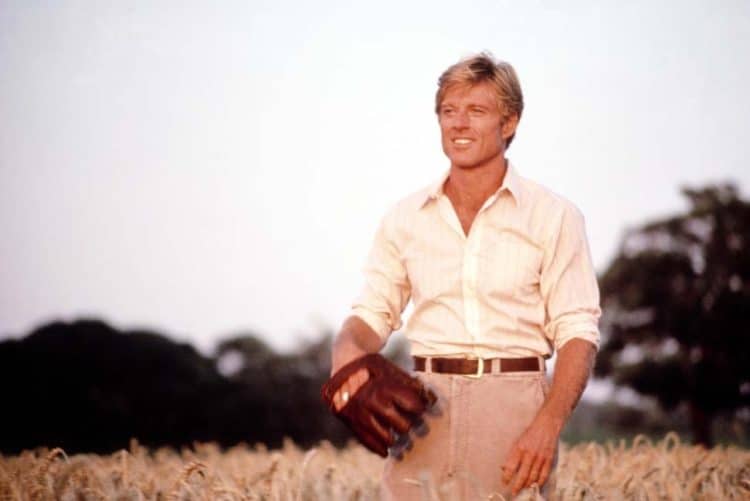 There are bound to be a lot of individuals that will take one side or the other immediately simply because they like the main actors that star in The Natural and Field of Dreams. In terms of which is the better baseball movie though it’s kind of hard to say since they’re both great in their own ways. This is the kind of pick that works almost entirely off of personal bias since people are going to go with what they feel is best simply because some like Robert Redford and some like Kevin Costner. Some like the fact that The Natural focuses on playing the game and others like the fact that Field of Dreams focuses on the heart and soul of the game. From a personal standpoint, I enjoy Field of Dreams just a little better since it does have to do with playing baseball but it also has the element of the supernatural in it as well since it’s about bringing some of the greatest players in the game back to life for a short period of time.

Each movie has its own advantages and disadvantages and to be fair, The Natural has a few more guts than Field of Dreams since it shows the star player staying in despite the damage that’s been done to his body and the realization that it will only get worse the longer he plays. There’s a great deal of sacrifice in each movie since the analogies that can be drawn between baseball and life are pretty heavy in both movies. But there’s no doubt that The Natural is more about the actual gameplay whereas Field of Dreams comes at things from a very personal and philosophical stance. Fans of both movies would likely point out what they admire about each of them and why they think one or the other is a better story from a certain standpoint, but if one is looking for a definitive answer then they’re bound to get more than one since everyone has their preference when it comes to the movies.

Personally, Field of Dreams is my favorite simply because it deals with a writing aspect that’s not entirely present in The Natural. Having participated in sports but eventually become a writer there are a lot of solid points in both movies that draw me in, but Field of Dreams gets the win simply because it has a more spiritual feel to it than The Natural, which is a great story in and of itself but centers around one person and not the larger aspect of the game. But this is where baseball movies, and many movies in general, are great since they pick up certain aspects and make them work in a way that’s pertinent to the story. Picking a favorite is often tough since it could be that someone doesn’t like an actor that’s in the movie or they don’t like a certain aspect of the movie, but the point remains that we lean pretty heavily towards the biases that we tend to harbor about one idea or another. That doesn’t take away the validity of another idea, it simply shows that people will lean towards something they happen to like just a little better than something else.

Personal favorites are usually only a negative thing when they’re made to be that way by the individual. For instance, if Bull Durham was added onto this list then Field of Dreams would go to a very close second since the fact is that Bull Durham is a humorous baseball movie that does focus on the game but also looks at things from a slightly different angle in order to tell a story that’s different from many others. And perhaps even adding A League of Their Own would make things different since again, there’s a good deal of humor and a lot of drama that goes into telling a story from yet another perspective that’s both interesting and intriguing. That’s why picking favorites isn’t always one of the pastimes I’m interested in and it’s why some people have such a hard time, because we tend to love a lot of different stories that have the same themes, but picking which one we like the most is difficult since they’re all so great in different ways.

But in the interest of this article, Field of Dreams does go into a very philosophical and very interesting mindset that brings together the idea of baseball when it was at its greatest and when it was a little different than it is now. So does The Natural but from a different viewpoint. Field of Dreams appeals to those that watch baseball from a distance and enjoy the feel and the overall nature of it, while The Natural tends to get right in there and focus on the star player that’s the main point of the movie.