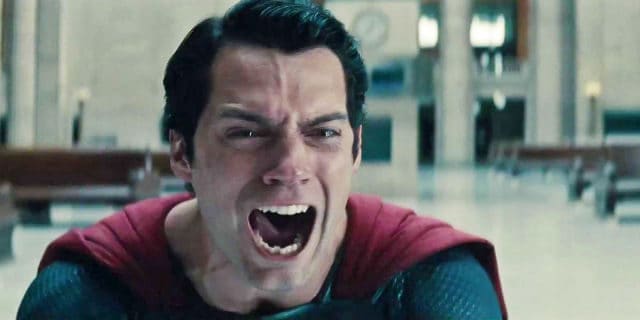 Even among the dwindling supporters of the DCEU film franchise, there are very few who are willing to publicly defend Henry Cavill’s take on Superman.  Sure, he might fit the costume to a T, but there is very little to recommend about the character — the actual man inside the costume — especially compared to how he has been portrayed in the past.

Stripped away of everything else, Superman is fundamentally about the best possible version of us.  Yes, he’s tall and muscular and damn-near omnipotent.  He can leap tall buildings with a single bound, fly halfway across the universe in the blink of an eye and rise to meet any challenge presented to him.  He’s kind and compassionate and constantly puts the needs of the world above his own. 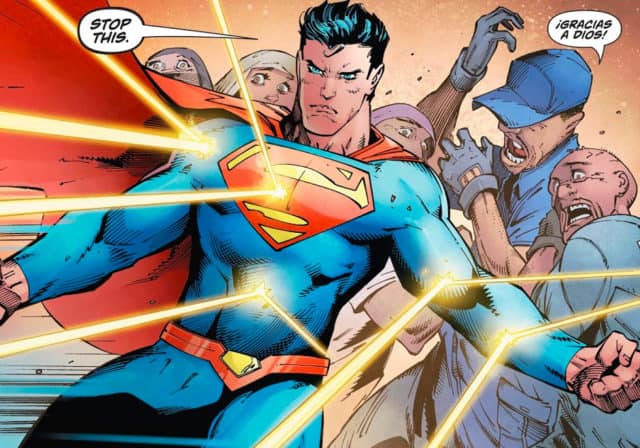 Supes is the orphaned son of a hopeful, immigrant family: literally born of nothing and raised by a kindly couple who saw a person in need of love, not an illegal alien in need of deportation.  Their wholesome, Midwest values baked into their adopted son, who, in the decades since he first appeared in comics, has saved everything from Mexican immigrants to the entire DC multiverse.

Cavill’s sadsack version of the character, however, is a far cry from his comic origins, to a degree that many question whether he can still be considered the same character.  Rather than embodying hope, he exudes existential dread.  Instead of being raised by wholesome parents who believed in the best humanity had to offer, his adopted father died telling Clark that he should never help other people, regardless of the cost. 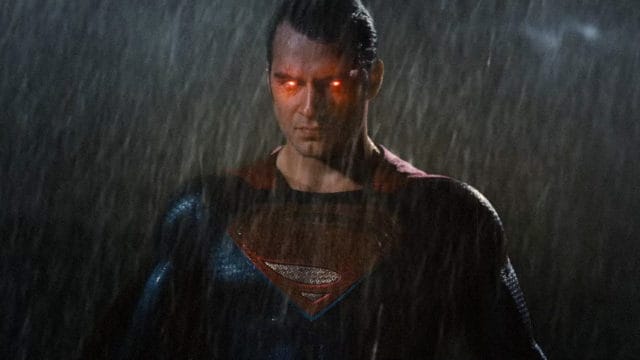 Rather than believing in forgiveness and rehabilitation, our introduction to the character involved him snapping the neck of the only other member of his species.  Instead of standing up to extra-terrestrial invaders — overcoming his newfound nemesis through sheer will and sacrifice — he commits virtual genocide against them.  And rather than inspiring hope, encouraging people to become better versions of themselves and ostensibly “join [him] in the sun [and] accomplish wonders,” they swarm him like a fanatical cult, worshiping him as a god (the most extreme example being the fascist future that Batfleck saw in a dream sequence in Dawn of Justice).

As it turns out, however, there are still people who believe in Cavill’s “unique” Superman.  Chief among them, in fact, is Ray Fisher, the actor portraying Cyborg in the upcoming Justice League film. 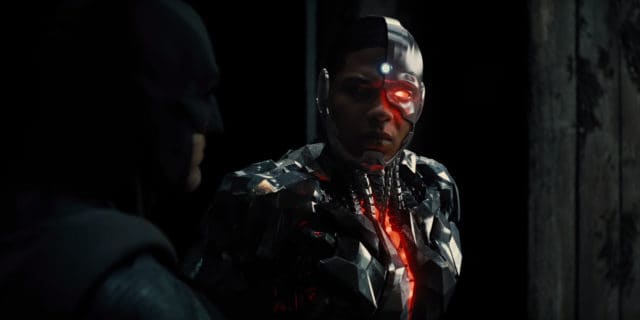 In a recent interview, he adamantly defending Cavills take on the character thus far, stating:

“He’s hope. If we’re going with the timeline of everything, Victor would have still been human at the time that Superman was very much a figure of controversy on this planet. I have to say, I’m a BvS supporter and I love the work that was done on Superman. One of the big themes for me watching BvS is you look at Lex Luthor and Bruce Wayne: they’re a perfect study as to what’s going on in the world around us. Think about Superman. He’s basically a penniless, orphaned immigrant who simply just wants to do good and nobody will let him. And then you have two of the most powerful and intelligent men on the planet who have had their places in the world basically upended. They’re basically told, ‘you were at the top of the food chain, but here’s this person who could literally do more than you ever could and doesn’t want a single thing. They don’t want to take advantage of anybody, they’re not after money, they’re not after anything except to do the right thing. That would make people very nervous.”

Yes, Superman is hope.  This version of the character, however, most definitely is not.

For me, the most iconic Superman moment in any media is the two-part storyline “Hereafter” from the 2003 Justice League animated series.  In that story, which is partially inspired on the “Death of Superman” storyline from the comics, Superman is blasted 30,000 years into the future when a cadre of his most dangerous villains team up to take him down.

Believing that the champion of “truth, justice and the American way” is well and truly dead, the world — and particularly his teammates — grieve.  Enraged, Wonder Woman nearly kills the villain who pulled the trigger that laid Superman out, only to be stopped by the Flash, reminding her of the moral example that Superman set for them.  At Superman’s funeral, Lois Lane screams at Lex Luthor for daring to attend the service, eventually collapsing into his arms as he admits that “believe it or not, I’m going to miss him too.”

After initially refusing to come to terms with what happened — to such a degree that he refused to attend the funeral himself, resigned to merely watch from the distant shadows — Batman eventually allows himself a private moment to say goodbye to his old friend.  In a heart-rending speech, he admits that: 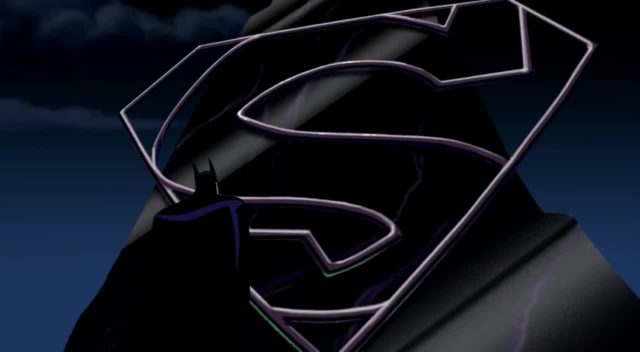 “I’ve got some things to say. I should’ve said them when you were here, but… despite our differences, I have nothing but respect for you. I hope you knew […] that. You showed me justice doesn’t always have to come from the darkness.”

But even that’s only half of the story, because it turns out that Superman is alive in the far future, in a desolated, post-apocalyptic landscape.  In fact, it is so far into his future that the Sun has turned red, robbing him of all of his extraordinary powers. 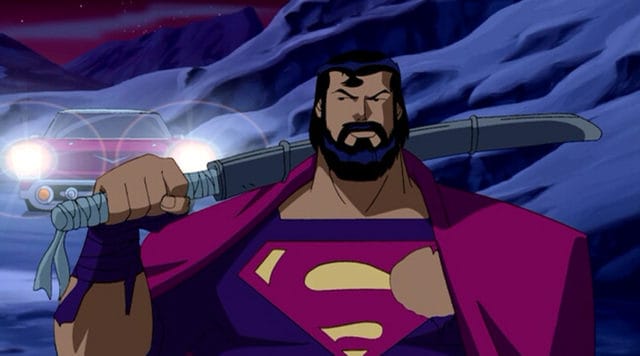 Superman, however, is more than the sum of his physical prowess.  After all, he is the best in all of us, and proves that despite the destitution of his circumstances.  Out of the time-displaced rubble left over from the battle that lurched him forward in time, he fashions primitive weapons and heads off toward the distant location of the Justice League’s headquarters.

Along the way, he fights off a pack of mutated wolves, taming them and using them as sled dogs.  And upon reaching his far-off destination, releases them back to the wild, despite their obvious desire to stay with their new alpha. 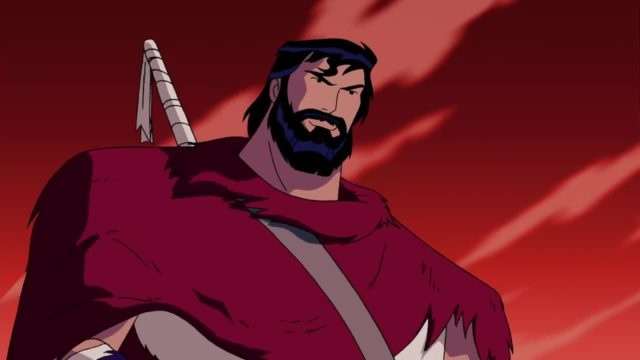 This, of course, is nothing like the DCEU Superman: who inspires the worst traits of humanity and is inseparably bound with the power fantasy of invulnerability.  And it’s extremely telling to me that the key players in the DCEU can’t tell the difference between them.