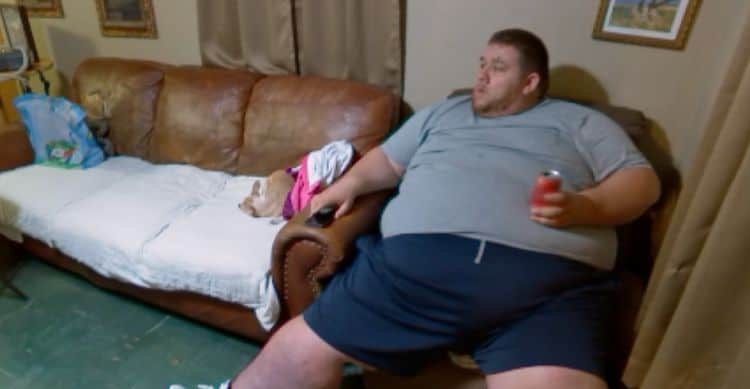 From Season 10, Paul is a man who has an unhealthy lifestyle that’s caused him to gain so much weight he now weighs in at more than 750 pounds. He learned from his own father how to live life with bad habits all around. When his own parents divorced when he was a child, he was in need of comfort that he no longer felt with his parent’s marriage. He continued to use food as a comfort, and he ate his way through pound after pound. He began being bullied at school for his weight, and his mental health was anything but healthy. The effect of his own eating was causing his life to change in every aspect. The more weight he gained, the more people mocked him, and the worse he felt, but only food seemed to comfort him. The very thing that was destroying him was the only thing that also made him feel good. In his teen years, he was already weighing in at more than 400 pounds. However, he also did nothing to change his own life. He was a child in pain, and he didn’t receive the help he needed.

While he was asked to lose weight and to be healthier and to make it clear he wanted to change his life by his doctor, his friends did not feel that he was motivated. He seemed to falter more often than not, and they worried he was not taking his weight loss seriously, which was a major concern had by all his season. Up until his consultation with Dr. Now, his friends weren’t even sure the doctor would approve him for the weight loss surgery he needed to help him out. They feared for his life, his health, and the man they called their friend, but it isn’t much you can do to help someone who doesn’t want to be helped, after all. Fortunately, the doctor felt that Paul was ready, and the surgery was okayed.

Where is He Now?

The simple truth is that despite being a man willing to share his journey on national television, he’s also a man who respects his own privacy. He’s not into sharing too much with the world, and he’s not into being too open about his life and what he has going on. However, it seems we have good news to share. In a November 30, 2021, update, he informed his fans and followers from the show that he’s been doing well. He’s had a few setbacks and a terrible tragedy in his own life – his own father passed away – but he’s not let it negatively affect his journey to becoming healthier. He went from weighing a staggering 757 pounds to currently weighing in at 512 pounds. He’s lost more than 245 pounds since he began this journey, and that is not an easy feat. He still has a long way to go, but he’s getting there. It’s important for his fans to remember that at his previous weight, he had very little mobility. Getting up and moving around wasn’t easy, and it won’t be easy until he gets his body back in check. He’s working on it, though. He’s more mobile than he has been in a long time, and he’s working hard every day to maintain a healthier lifestyle with some exercise, some good workouts, and a much healthier diet. He’s on his way to succeeding at his journey, and the world is cheering him on.