Home
Television
Dexter
What We Learned from The Dexter: New Blood Full Trailer 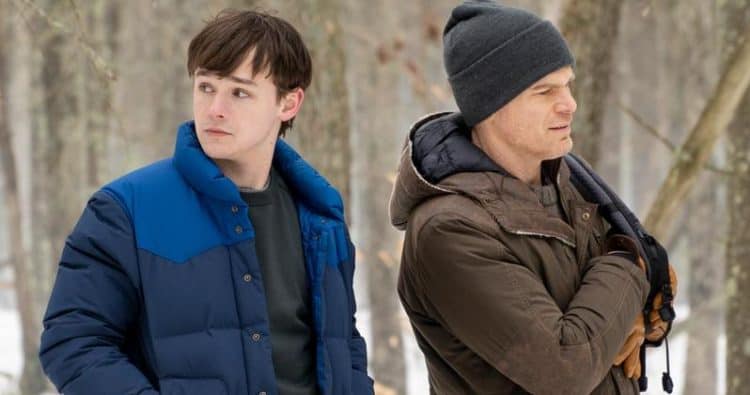 When the TV series Dexter debuted in the fall of 2006, it quickly became a big hit among viewers. People were intrigued by Dexter’s (Michael C. Hall) story and his ability to maintain a ‘normal’ life while also doubling as a serial killer. Although he attempts to avoid his dark urges, Dexter isn’t always successful. Even though it’s been nearly a decade since the show ended, Dexter has remained a part of pop culture. With reboots and spin-offs of old shows becoming more and more popular, many fans wondered if Dexter would ever get a second chance. The good news is that the answer is yes. However, unlike most other remakes, Dexter is only returning for a 10 episode run which means every episode is going to have to pack a punch. Will Dexter: New Blood be able to live up to the legacy created by the original? Keep reading to see what we learned from watching the trainer for Dexter: New Blood.

What To Expect From Dexter: New Blood

Even though Dexter is a fictional character, fans can’t help but wonder what his life has been like in the years since the show ended. The good news is that Dexter: New Blood is going to give them the chance to find out. A lot of things in Dexter’s life have changed, but there are some things that have remained the same. According to Showtime’s official website, Dexter: New Blood is “Set 10 years after Dexter went missing in the eye of Hurricane Laura, the series finds him living under an assumed name in the small town of Iron Lake, New York. Dexter may be embracing his new life, but in the wake of unexpected events in this close-knit community, his Dark Passenger beckons.” With that being said, you’ll probably want to go back and re-watch Dexter before New Blood airs so you can make sure you’re brought up to speed. However, Michael C. Hall recommended a few specific episodes that fans be sure to watch the original series in order. According to an article from CBR, those episodes are as follows: the pilot, season 1, episode 10, season 3, episode 10, and the last episode of season four.  If you try to watch New Blood without having seen the original Dexter, chances are you’ll be pretty confused.

Not All Original Cast Members Are Returning

One of the things that’s always tricky about doing a reboot/spin-off is the fact that it might not be possible to get all of the original cast members back. James Remar who played Dexter’s adoptive father, Harry, will not be returning. Yvonne Strahovski, who portrayed Dexter’s love interest, Hannah McKay, also won’t be coming back.

When Does Dexter: New Blood Debut?

If you need to catch up on old episodes, the good news is that you’ll have plenty of time. Dexter: New Blood doesn’t premiere until Sunday, November, 7th. The first episode will be air at 9pm EST. It appears that episodes will be released on a weekly basis as opposed to all at once. At the moment, there is no plan to extend the series beyond 10 episodes, but there are already lots of fans who are hoping that New Blood becomes a long-term thing.

Trailers play a very important role in the rollout of any TV series or movie. The quality of the trailer can greatly impact people’s decisions on whether or not they want to tune in. For that reason, a good trailer must find the perfect balance between getting people excited without giving too much away. Fortunately, the trailer for Dexter: New Blood does exactly that. When the trailer begins, we see Dexter driving down a country road in an old pickup truck. Almost immediately after passing a police car, we hear sirens. Since we’ve already established that Dexter is a serial killer, we know that a run-in with the cops is the last thing he wants. However, it’s quickly revealed that the officer who pulls him over is actually his girlfriend.

We then see clips of Dexter in a small town, living what appears to be a normal life. But when a local boy goes missing, it looks like things in Dexter’s life start to unravel. The trailer creates the perfect amount of suspense. Even if you’ve never seen the original, you might be inspired to go back and check it out. While it’s true that lots of reboots/spin-offs drop the ball, it doesn’t look like that’s going to be the case for Dexter: New Blood. The series really looks promising and it looks like producers did a good job of picking his storyline back up.