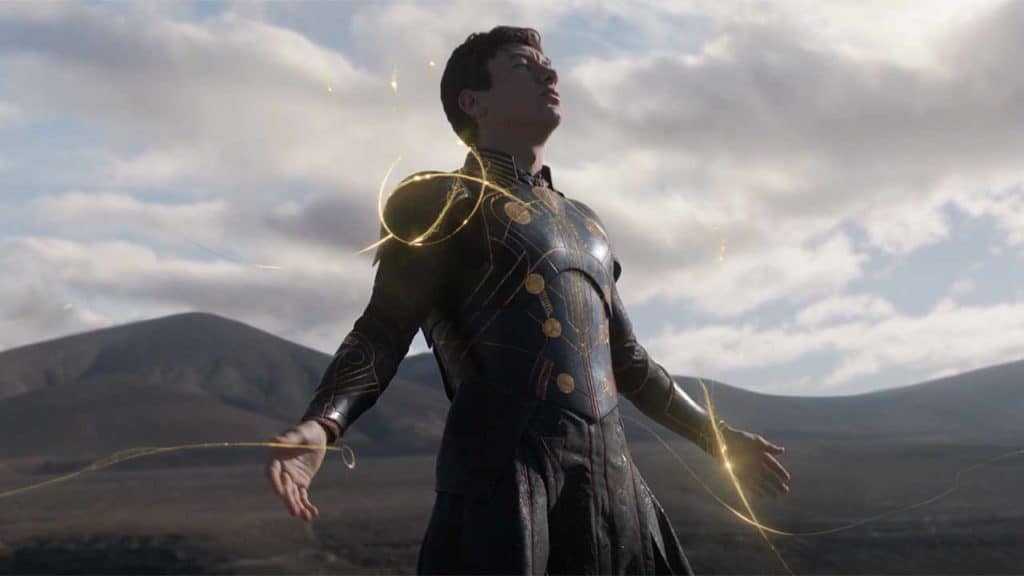 The main question on everyone’s mind at this point when it comes to the Eternals is where they were when the Infinity War was heating up, especially considering that with their powers they would have been a great help to those that lost so much. The explanation has already been given that they don’t meddle in the affairs of human beings, but that’s kind of a weak excuse when the trailer shows them helping and guiding human beings when they arrive on earth, but it’s fair to think that a better explanation will be given when the movie arrives. Still, there are plenty of ways that the Eternals are bound to help the MCU grow and expand as the movie is only the start of their influence on the MCU hopefully, and more will be coming to help the universe continue to push forward.  Here are five ways that the Eternals could help the MCU.

5. They can help by adding a more cosmic presence in the MCU.

This has already been in effect since Guardians of the Galaxy vol. 1, but a further push into the cosmos by way of explaining where they came from and what they’re all about could help the MCU continue to expand. There’s a great deal to the Marvel universe that we still haven’t seen on the big or small screens and the Eternals are a group of beings that could open things wide and show fans a universe that still has plenty of areas and worlds to explore. Their own story is bound to be impressive enough that it will keep a lot of people satisfied for a while to come, not to mention that it will lead to far more exciting stories that will be developed later.

4. The Celestials, need I say more?

The enigmatic beings that can create or destroy worlds at will and are strong enough to face off against the likes of Galactus are on their way, and while they’ve technically already been a part of the MCU in a couple of ways, seeing more of them might be a treat that a lot of fans are waiting for. Depending on which comics the fans have read it’s fair to say that people might know next to nothing about these immense figures, or they might know more than the average comic book reader and will be looking to see just how the MCU will be using the beings. Given the power of the Celestials, it almost feels as though the MCU will use them sparingly.

3. Their presence should widen the MCU with the emergence of the Deviants.

One reason that the Eternals don’t mess around with the affairs of humanity is that they focus solely on the Deviants, their polar opposites, and their ancient enemies since while the Eternals are considered to be the positive group that seeks to live in peace and help to benefit others, the Deviants seek an opposite goal, making it necessary for the Eternals to keep them under watch and, when necessary, seek them out to inflict whatever punishment is needed to put the Deviants back in their place or possibly destroy them. The comics could get brutal, but it’s interesting to think what will happen in the MCU.

2. They’ll be bringing Black Knight with them.

There’s enough information to be unloaded about this character to make another movie, and hopefully that idea will stick around since it would be great to find out his history and to see him possibly join the Avengers as he did in the comics. At one point Black Knight was actually a pretty common sight among the Avengers as he was one of the more serious members. It’s fair to think that a lot of people might not remember him that much compared to some of the other big names, but Black Knight was a formidable ally that had his own story in the Marvel universe, so it’s a hope that this will lead to something more.

1. There’s more world-building to be done now that they’re in the MCU.

It’s very easy to think that as the MCU delves deeper into cosmic matters that we’ll see more and more characters emerge, and with the Eternals and Celestials both coming to the MCU it’s fair to make the assumption that such beings will only be the beginning. The MCU has shown a good amount of the universe at this point, but there’s a lot more to be seen and a lot of other characters to take note of, as many fans of the comic books will realize. How far things are going to go in Phase Four is hard to say, but the Eternals are likely to act as catalysts that will help to push things forward and really explore the far reaches of this universe.

It’s not long now and we’ll see how well they fit into the MCU.