Home
Entertainment
Comics
Wait, Nightcrawler was Supposed to be a DC Character? 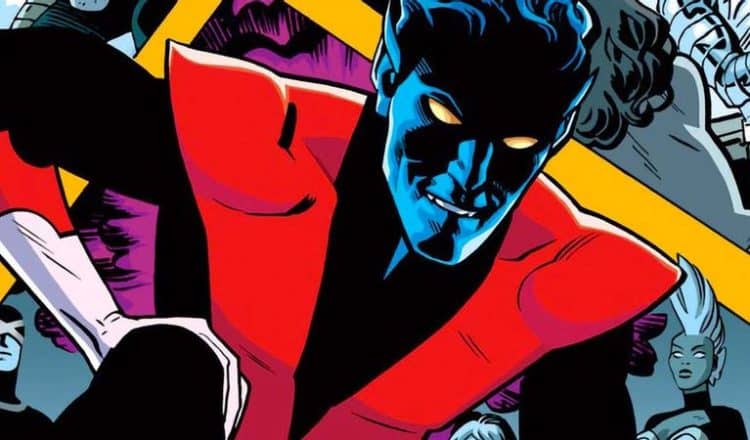 Sometimes a person has to wonder about the process that leads to accepting and rejecting certain characters when it comes to fiction. Rarely is it a personal issue that manages to sway those in control of the creative process, at least we hope that’s the case. Now and then there might come a character that’s simply too much to deal with and would end up offending just about everyone that sees them. But then some might appear to be inconsequential but end up being at least a little bit important considering that if they’re rejected by one company they might be embraced by another. Kurt Wagner, aka Nightcrawler, has been a moderately popular character with Marvel fans for decades now and while his fame isn’t the same as other characters such as Wolverine or Storm or any of the other X-Men, he’s still become a name that’s been tossed about a bit and used more than a few times in the comics. As one of the new X-Men, who were recruited when the original team went missing, Nightcrawler was kind of an oddity, even among a group of mutants with varying powers and abilities.

It’s fair to say that Nightcrawler wasn’t given a stable backstory since he’s the son of Mystique and the demonic mutant Azazel, and was left by the former in the Bavarian Alps where he was found by a Romani witch that raised him in a traveling circus. But he was rejected even before that by DC apparently, who might not have thought that he would fit into their overall plan. That feels a bit harsh, but it’s definitely in line with the overall feeling that mutants weren’t exactly respected back in the day, even by those that could make great use of them in the comics. While there’s no need to bash DC, especially considering that the loss of Nightcrawler wasn’t such a huge deal, it’s fair to state that not taking him was kind of an odd choice considering that he might have done quite well.

It might not be that much of a mystery why DC said no to this character. It could be something as simple as the idea that many characters get rejected when being brought to DC’s attention, since not every character presented is going to be accepted. There are probably more characters who don’t ever get past the conception stage, either because they don’t have a solid base or because they just don’t fit with the company’s idea. Looking over the array of heroes and villains that DC has it’s fair to assume that this was a strange call, but at the same time if he didn’t fit, then he didn’t fit. Nightcrawler is the type of character that’s a lot of fun to read about since he’s not just a skilled combatant, he’s a fairly well-rounded character as well. From his humble beginnings to his time as an X-Man, and then his time as part of Excalibur, he’s been one of the more stable parts of whatever team he’s been on since he’s the type of character that has a strong moral center and a very heightened sense of right and wrong.

Kurt can get violent when he’s pushed, but he’s usually a very well-controlled and upright individual that doesn’t fly off the hook unless there’s a good reason. He’s gone up against some of the toughest enemies and it’s been established that while he’s an impressive fighter and someone that can be defined as a thinking fighter, he’s also not such a massive powerhouse that he can take down anyone given time. Nightcrawler developed as a character that can get super-aggressive but normally is the voice of reason and the heart of any team that he happens to be on at the time. Trying to figure out why he might not have meshed with DC is kind of confusing, but maybe it’s because he wasn’t super-everything, meaning strong, fast, rich, handsome, in other words, he didn’t fit the mold of the hero in DC and didn’t quite fit as a convincing villain. It’s kind of a  dim view of how DC works, but back in the day, DC was all about being as impressive as possible, and Kurt might not have been the type of individual that fits in anywhere.

At the end of the day, Nightcrawler is where he belongs to be honest since he’s flourished in Marvel and has been accepted as he is for years. Mutants in the Marvel universe have undergone a great deal of persecution since they were created, and despite all this, Nightcrawler has been a positive character that has endured and done his best to find a positive outlook on life. In a lot of ways, it doesn’t feel as though he would have been treated that well in DC, and Marvel has allowed the character to open up in a lot of different ways.