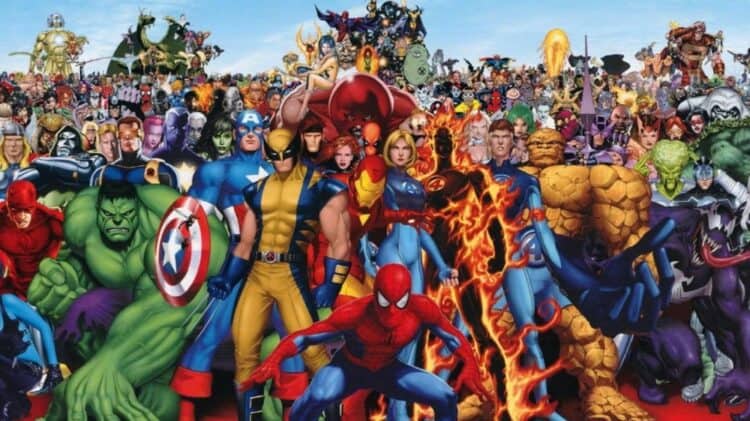 When one takes into account how many heroes and villains there are in the Marvel Universe it becomes kind of obvious that not all of them can be brought into the mainstream. There’s simply too many of them to think about, and a lot of heroes and villains aren’t exactly the right caliber to put in front since they either don’t have a great enough backstory to work with, or they don’t really have much of a story at all. Paste Pot Pete comes to mind when thinking of how to create a story out of a character that was kind of a joke. And it doesn’t matter how much people want to see Squirrel Girl on TV or on the big screen, it’s a big hope that such a thing will never happen since she’s one of the biggest joke characters to ever be created. There are a quite a few big-name stars, and some that aren’t quite as well known, that would be great to see in the movies or on Disney+. All they need is a shot.  Here are just ten Marvel characters that could use a solo movie.

Given that Thor is coming to a close, or at least it feels this way, it’s likely that someone else will have to take up the mantle unless Lady Thor is going to fill that role for a while. But even if she does, it’s not a bad thing to consider that Beta Ray Bill might be able to step into the MCU in order to take one the duties of the thunder god.

The devourer of worlds has been teased a couple of times, but it’s fair to say that we’ve never seen a truly great representation of him in the movies yet. It does feel that a couple of movies would need to come in his wake, but that wouldn’t be a negative thing to be certain, since it would open up the MCU a little more in the cosmic sense. Plus, watching Galactus taking on the Celestials might be interesting.

He would have to follow right on the heels of a Galactus movie, or perhaps predate a Galactus movie, since the two are hard to separate given that Galactus gave Norrin Radd the power to become the Silver Surfer. But this almost feels as though it should be a movie that focuses on the horrible responsibility of so many murdered worlds that the Surfer guided his master to, as that might delve deeply into his character.

It kind of feels as though this type of a movie might need Sam Raimi to make it happen, since there is a lot of chance to turn this into a horror movie. Man-Thing is such a misunderstood character that it feels fair that this would be made as an anti-hero movie with an ensemble cast that might be capable of pushing the story forward and making it work in an odd but effective manner.

It’s true that out of the many on this list he’s one of those that has already been shown a few times in the MCU, but now that he’s really gone, save for the all-white version of him that contains the old Vision’s memories, it feels as though he needs another look. The switch in the comics was a rough road for the character as well, but it feels as though he needs a chance to finish his arc in a different way.

This character did have his own comic before he joined up with with the New Warriors, and it was at least a little bit interesting since the talkative character never did shut up and was more of an annoyance to his enemies at times than anything. But the use of his powers was still impressive since it showed that he could harness his abilities and do some serious damage. It might even be worth seeing his turn into Penance at one point to show how he matured, kind of.

Since he wasn’t given a great deal of respect in his last two outings, giving this character his own movie feels like a way to make up for it and discover his link to the Fantastic Four. But there’s also the need to show how he became who he is, and why he’s such a complex character.

As one of the characters that isn’t that well known and has been bound mostly to the comics for years, it feels as though it might be time to bring Darkhawk into the mainstream and show people what he’s all about. There are likely plenty of spots where he can be plugged in and given an opportunity to show that he’s a worthy addition.

It feels like it’s time to reinvent this character and show her as the leader and strong-willed individual she’s been in the comics. There are plenty of younger actresses that might be able to take on this role and make it work.

Assuming she didn’t die in the recently released Doctor Strange sequel, it’s fair to think that Wanda has a lot of soul-searching to do, and that she could come back as an antihero or as a character that’s no longer interested in affairs that don’t concern her. But if nothing else, it would be great to see her come back.  There are just too many characters to give them all a solo movie.