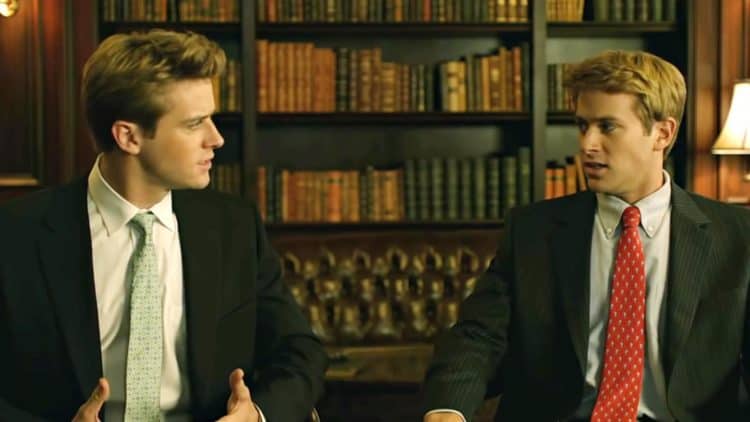 Getting into character can be one of the most challenging aspects of acting. Needless to say, preparing to play two different characters at the same time can be especially difficult. However, this has been the reality for dozens of actors who were cast to play the role of twins in movies and TV shows. Thanks to editing and advances in technology, one actor can appear on-screen multiple times at once to give the illusion that it’s two different people. Some of these actors have played twins so well that viewers didn’t initially realize that the same person was playing both roles. Keep reading to see 10 on-screen twins who were actually played by the same actor.

1. Haley Mills in The Parent Trap

During the 1960s, Haley Mills was the golden girl of Disney and one of her most memorable roles was in the 1961 movie The Parent Trap. In the film, Haley played identical twins, Sharon McKendrick and Susan Evers. The girls had been separated at a very young age and weren’t aware that the other existed. Haley’s portrayal of both girls was so impressive that many believed the roles had been played by two different actors.

2. Mark Ruffalo in I Know This Much Is True

Mark Ruffalo is an incredibly talented actor whose range has allowed him to play a wide variety of roles. In 2020, he starred in a miniseries called I Know This Much Is True in which he played twin brothers Dominick and Thomas Birdsey. Although the twins had distinctly different personalities, Mark did a great job of bringing them both to life.

3. Lisa Kudrow in Mad About You and Friends

Lisa Kudrow is best known for playing Phoebe Buffay in the popular sitcom Friends. However, the character, also had an identical twin sister named Ursula who originated on the series Mad About You. Kudrow played both roles and she did an excellent job. Even though Ursula didn’t have a main role in Friends, she’s still a very memorable character.

4. Armie Hammer in The Social Network

Armie Hammer’s portrayal of the Winklevoss twins is another example of viewers actually thinking the actors were real twins. Interestingly enough, however, Armie didn’t technically play both brothers. According to Cinema Blend, another actor, Josh Pence, played one of the brothers in many scenes in the film. The article states, “The Washington Post has an interview with actor Josh Pence who played the other Winklevoss twin. The Winklevoss special effect was created by having Pence play one of the brothers in scenes where both Tyler and Cameron Winklevoss are together. Armie Hammer played the other Winklevoss, and then after filming was complete David Fincher’s team went in and erased Pence’s face, replacing it with Hammer’s.” This practice is actually quite common in movies where one person plays two people.

Nicolas Cage is arguably one of the most talented actors of his generation, so it’s no surprise that he was able to pull off playing a set of twins in the 2002 movie Adaptation. Although the movie wasn’t a massive success at the box office, it received lots of praise from critics.

6. Lindsay Lohan in The Parent Trap

In 1998, the Disney classic The Parent Trap was remade with an entirely new cast. This time, Lindsay Lohan was the star. She portrayed twin sisters Hallie Parker and Annie James. Although the characters had different names, this version of the movie followed the same premise as the original. The movie was a huge hit and was instrumental in establishing Lohan as a talented young star.

Since beginning her acting career more than 20 years ago, Tatiana Maslany has become well known all over the world. One of her most well-known appearances was in the TV series Orphan Black in which she played multiple characters. Each character had a different personality and accent. Her ability to play several ‘clones‘ has earned her a lot of attention and many people are impressed by her skills.

Dead Ringer isn’t one of the most popular movies on this list, but it definitely deserves more attention. Jeremy Irons portrayal of Beverly and Elliot Mantle is entertaining and creepy. Both characters are gynecologists who run a practice together. Viewers eventually learn that Elliot has some questionable methods for acquiring new patients. Essentially he seduces them and when he gets bored, passes the patients over to his brother without making them aware they’ll be seeing his twin.

9. Edward Norton in Leaves of Grass

Leaves of Grass was a flop at the box office, but Edward Norton still put on a stellar performance. In the film, he played twin brothers Bill and Brady Kincaid. Bill is a college professor while Brady is involved in the marijuana business. When Brady ties unexpectedly, Bill is mistaken for him and finds himself caught up in a sticky situation with the people his brother owed money to.

Throughout his career, Tom Hardy has shown the world that he’s capable of playing all kinds of characters, and the 2015 film Legend was a great chance for him to put that on display. In the movie, Tom plays Ronnie and Reggie Kray who were both involved in organized crime in London during the 50s and 60s.