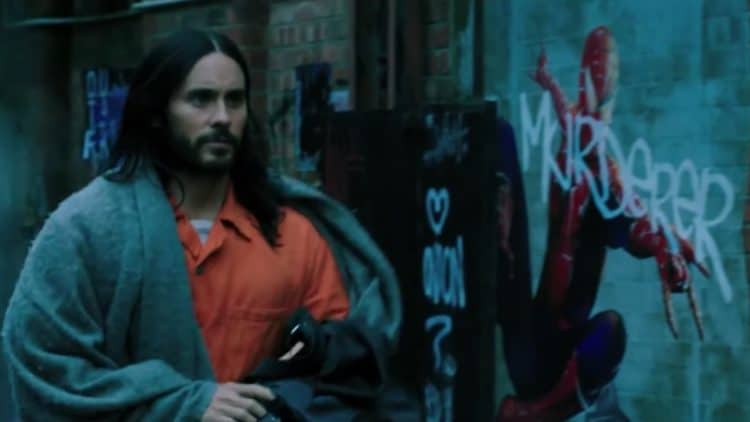 Just when you thought the Spider-Verse couldn’t get any bigger. Most Marvel fans loved the animated movie that came out back in 2018, rightfully so. It was good and at the time, I bet everyone thought that was going to be the closest thing we’d ever get to multiple Spider-Men on the same screen together. That was something I thought could only happen in an animated movie. Sony definitely did us right, not to mention Spidey, with that movie, but I was wondering what they could possibly do to top themselves from there? The answer turned out to be the most ambitious plan any Marvel film could possibly pursue. Unless you Marvel fans have been living under a rock for the last few months, you’re more than aware about the news surrounding the upcoming Spider-Man: No Way Home.

Oh yes, according to the rumors, all three live-action Spider-Men will be united in one movie. It hasn’t been confirmed yet, but you know that Sony and Marvel are saving that surprise. We all know it’s going to happen and I’m beyond stoked for it. I mean, who doesn’t want to see Tobey swing into action once again? I really do, but after No Way Home, I’m sure we Marvel fans are wondering where Spider-Man goes from there. The most common theory out there is that Sony is taking back Spider-Man, which is plausible. If that’s the case, then they’re setting up for another Spider-Verse, only this one is live-action. Now that’s an ambitious move. Even Kevin Feige has commented on how Spider-Man is the only character with the ability to jump to separate universes. And since he’s still very under the ownership of Sony, I think it’s more than likely they’ll use the whole Multiverse concept to bring him back under their wing. After all, if Marvel can have their own successful cinematic universe, then why can’t Sony have their own Spider-Verse? Well, they already started doing that with the Venom movie back in 2018 and its success launched a whole new cinematic universe.

If you’ve seen the recent Venom: Let There be Carnage, I’m sure the ending stood out to you. Once again, Marvel and Sony are setting up another showdown between Spider-Man and Venom. I think they’re going to get it right this time, especially since this Venom has won over so many fans. But now that Venom is technically a part of the MCU, does that mean Spider-Man will be a part of the MCU and Sony’s new Spider-Verse? Yes, it’s very possible he can bounce around the two universes, but the Sony Spider-Verse has to grow after the success of the Venom movies. It began with Venom, and now they intend to expand with all the characters related to Spider-Man. One of those characters is one of his most underrated enemies, Morbius the Living Vampire. The first trailer came out a year ago and showed us a lot of Jared Leto looking sickly. It was a good start, but we wanted to see more Morbius. Well, a new trailer just hit the web and it shows a lot of Morbius in his frightening vampire form. This almost looks like a horror movie with hardly any superhero elements to it. But Morbius isn’t really a superhero. Then again, neither is Venom and he’s the new face of the Sony Spider-Verse.

The new Morbius trailer gave us what we wanted, but also added in some unexpected moments. To be more precise, it heavily implied that Morbius intends to expand to every corner of the Spider-Verse. We’ve seen the Oscorp Tower from The Amazing Spider-Man movies, some graffiti on Tobey’s Spider-Man, and Michael Keaton’s Vulture in his prison jumpsuit. Okay, what is going on? Does all of this lead to what we’ve all been suspecting for a while now? We could be looking at Sony once again trying to re-establish their Spider-Verse with all the Spider-Men they have created. But hold on, what about Tom Holland’s Spider-Man in the MCU? Well, I don’t think we should worry. I’m pretty sure we’ll get more answers when No Way Home comes out in December. That will open the Multiverse and we can finally see how connected the Spider-Verse will be. But if you’re wondering that Spider-Man is just one character, that doesn’t matter, because Sony apparently wants to have fun with many of his supporting characters. We know that there is a Kraven the Hunter movie coming with Aaron Taylor-Johnson, but based on the rumors we’ve heard, it seems Sony intends to go all-out with this Spider-Verse.

They apparently want a Madame Web movie and a Black Cat movie as well. Even in the Morbius trailer, you can see Black Cat’s name printed on a newspaper. Oh, and you can also see a small headline that says a Rhino escaped. We all know what Rhino that is, the hulking Russian villain who was already seen in The Amazing Spider-Man 2. That wasn’t really him, though. Can we all just except that suit didn’t resemble Rhino? But anyway, the point is, it looks like the new Morbius trailer is looking to combine the Spider-Verse. Now it’s clear that all of this is meant to be cryptic. I’m sure we’re all still wondering on what universe Morbius is set in. If you catch that Venom reference, that pretty much answers it.

The thing is, we can’t unsee the other Spider-Verse references and they’re sure to merge every Spider-Man movie. But come on, why is Vulture in that same prison jumpsuit from Spider-Man: Homecoming? And why is there graffiti on Tobey’s Spider-Man that says murderer? Everyone thinks Tom Holland’s Spider-Man killed Mysterio, so that doesn’t make much sense. It’s like Deadpool said in his first movie about the timelines, they’re all so confusing. But whatever, the Spider-Verse is still a comic book universe, which means it doesn’t always have to make sense. Sony has been wanting this for a long time and now, it seems like they’re finally getting it right. Let’s just wait for No Way Home and the Morbius movie so we can see how ambitious their plan really is.