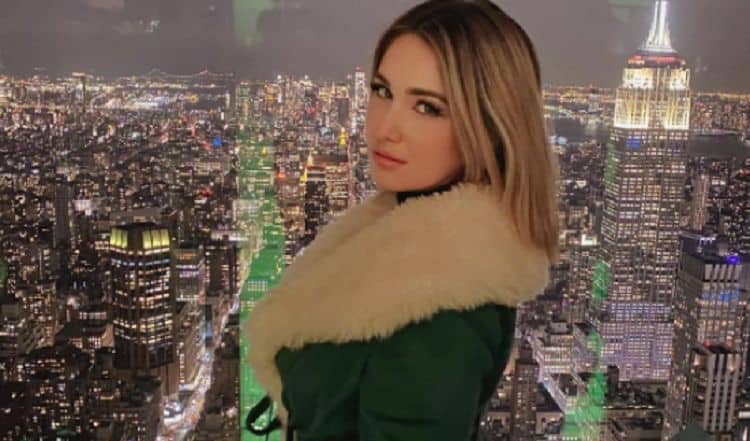 There will not be a time when people collectively sigh hearing the title, “90-Day Fiance,” out of anyone’s mouth – or when they see it on a screen. You see, it’s a personal choice to live your life your way, but there is almost never a happy ending on this show, and it makes us all cringe a bit to see yet another man or woman fall for yet another person in another country that they don’t know, that throws up every red flag in the book, and that seems to only want to ‘date’ this person online for their green card, their fifteen minutes of fame, or even their money. Stephanie Matto is one of those women, and it breaks the hearts of her fans to see what is happening in her life.

1. She Did Make History

She went on this show as the first gay couple alongside her online girlfriend. They met, they felt a deep connection with one another, they were certain that their relationship would be successful. There had not been a gay couple previously featured, and fans were excited to see a bit of a change in the show.

2. She Came on National Television Before Coming Out to Her Family

The situation is just one of those that the world does not understand. When you know that your own family doesn’t know you’re gay yet you choose to go on a nationally televised show about your relationship with another woman, well, it leaves the world feeling a little uncertain. It doesn’t seem much like the best route to take, yet here we are.

3. She Wanted to be an Actress

She recently shared that when she was 24, she saved five figures, she moved to LA, and she tried to become one. She did everything she could after moving there from auditioning to getting side work to continuing to try and make contacts in the industry. She was hopeful she could make it happen if she were only in the city.

She was only six months into her life in LA when she had to turn to strip to make ends meet. She got a job at a gentleman’s club and told herself that so many of the actresses who move to LA do the same thing to make ends meet and make their lives work in their favor. If only she could land a part and have her career take off.

Maybe there are some women who love the job, enjoy it, and have a good time with it, but she was not one of them. She feels scarred by this job and where it took her in life, and she was not happy with it. However, she does not regret her journey as a stripper. It is part of her story and part of who she is, and it helped her find herself when she was healing.

6. LA Was Rock Bottom for Her

The world is full of stories of people who have nowhere to go but up, and she has her own story. She was a stripper in LA not getting any roles, not doing something that made her feel good, and left her feeling as if she’d hit rock bottom. She had to learn to heal from that, but she ultimately did so by writing her first book.

This is a woman who describes herself as a risk-taker. We believe it. She seems to do things that most people would be too afraid to do, and that’s something worth mentioning. She’s not afraid to do big things, to think outside the box, and to change the course for herself by changing her thoughts. She does big things.

She’s met a woman. She knows this woman is the love of her life, and she is on her way to Australia to make it work. She is determined to make this happen and to be there to find love, and the world does hope that she finds her happiness.

She’s making bank, too. It’s not a very common job. Actually, we don’t know of anyone else who does this, but the world is filled with people who will purchase odd things. She’s currently selling jars of her own flatulence for her fans, and she’s made a lot of money doing it.

Initially, she thought she might do this to get a little press. Perhaps she thought she’d gain some more followers or something online. However, she ended up making $45k in one week, which is probably better than publicity.