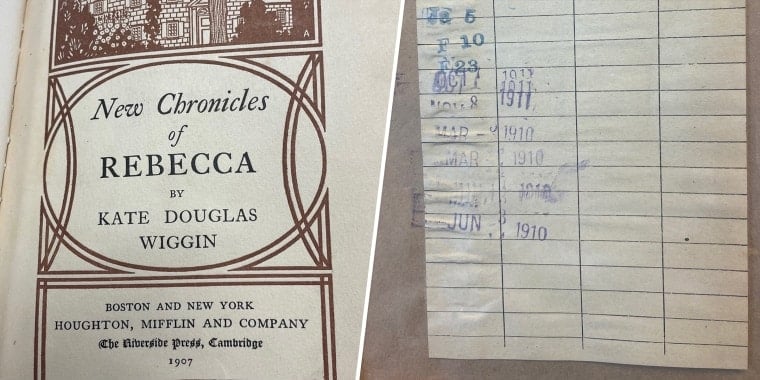 Have you ever taken a book home from the library and then forgotten about it? Or perhaps you’ve found a book in the collection of a family member that’s moving or passed away, or something of the story, and you realize that this book has likely been missing from wherever it was loaned from so long ago. Given that the book was returned anonymously it’s not likely that anyone is going to be credited with finding it, but the library in Boise, Idaho, where it was dropped off is no doubt glad to have it back. Apparently, they’re going to be keeping it in their historical section, and it won’t be getting checked out again anytime soon. It might not sound like big news, but the novelty of it is pretty cool since the idea of a book that’s been missing for a century is kind of interesting since it brings up a lot of questions, not just about the missing book, but why literature is important in the first place. Plenty of folks might simply roll their eyes and go on about their business, which is fair enough, but the implication that literature is this important is something that several of us might cling to.

The idea that what we write and leave behind, and the effect it can have upon those that follow the stories and writings that people print, can be seen as important down the road is hard to miss. While a lot of folks might know nothing about New Chronicles of Rebecca by Kate Douglas Wiggin, the fact is that one book that goes missing is a tragedy in its own right, even it’s one that doesn’t get recognized that often, if at all. There are a lot of different ways that humanity has grown throughout the years, but throughout everything, storytelling has been one of the most important ways that people have passed on one part of their culture or another. From word of mouth to the big screen, the stories we tell do carry importance no matter that many of them will go unnoticed for one reason or another.

This one book doesn’t make a lot of difference in the grand scheme of things, but it’s still interesting to hear that a book that went missing from a public library a century ago has been found, especially since it might make people wonder what else might be found when it comes down to it. Those things that are left in the past sometimes have a way of coming back every now and then, either because someone finds them or because they’re noticed once again by people that aren’t looking for them but find such things to be a little interesting. One of the most likely explanations for this discovery would be that whoever checked out the book forgot about it, moved, and took it with them. There are a lot of different ways it could have happened honestly, but this feels like one of the more feasible since it has happened before, quite a few times in fact. Be honest, you’ve likely forgotten a library book…if you’re from that era anyway.

The truth is that a lot of kids these days might not know as much about the library experience as some of us who were born before the 2000s did, since before the turn of the century, libraries were still very needed resources, and checking out books was still something that people did. Granted, people still use this function, but with so many books available online and many of them being cheap enough to buy in digital form, libraries are often seen as luxuries these days where people can go to sit down with a good book and unwind. Libraries aren’t exactly seen as the havens of knowledge that they used to be before the internet became a big thing, but one thing that a library does have over the internet, still, is that their contents are still bound to tell the truth more often than not, even if some of the information is a little dated at times. But these days a lot of libraries aren’t all about fines when a book is returned late, though some are still in the habit of doing such a thing.

Thankfully the Boise library that the book was returned to isn’t in that habit since whoever returned the book would be looking at an $800 fine, give or take a few dollars given that there was a 2 cent charge on late library books that started back when the book first went missing. It might not be the most gripping or interesting story to some folks, but it’s still kind of funny since one has to wonder what kind of trip that book might have taken before finally ending up back where it needed to be.