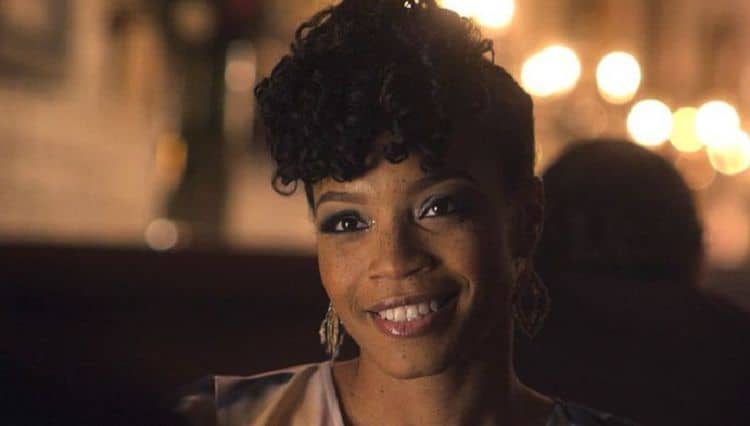 Shinelle Azoroh may not be a name you’re familiar with yet, but that probably won’t be the case for much longer. The talented actress has been working hard to establish herself in the industry and it looks like her time is finally coming. Shinelle recently played a major role in the Apple TV + series Swagger and it has gotten her lots of attention. In her role as Jenna Carson, Shinelle plays a devoted single mother who is trying to navigate the ups and downs of life while caring for her two children – one of whom is a basketball phenom. After a successful first season, many people are hoping Swagger will be renewed and they’ll get to see more of Shinelle. Keep reading to learn 10 things you didn’t know about Shinelle Azoroh.

If you’ve ever seen Shinelle work you will probably agree that she’s a natural talent. However, talent isn’t the only thing she has going for her. She has also worked very hard to sharpen her skills. She attended the American Conservatory Theater in San Francisco where she earned an MFA in acting.

At this point in her career, Shinelle is most well-known for the work she’s done in front of the camera, but she’s also done her thing from the other side. According to her IMDB page, she has credits as a writer, director, editor, and producer. As her career grows, it’ll be interesting to see if she does more behind-the-scenes work.

3. She Is All About Family

Shinelle doesn’t just play a mother on TV, she’s actually one in real life. Shinelle and her husband, Tobie Windham, have two adorable children together. Tobie also works in the entertainment industry as an actor and producer. He is most well known for his role in the TV series, Just Roll with It.

4. She Has Great Fashion Sense

Acting isn’t the only way that Shinelle likes to express herself. Clothing is another way she lets the world get a glimpse of her personality and she is a natural when it comes to putting outfits together. No matter what the occasion is, you can bet that Shinelle is going to show up looking her best.

Lots of people associate being a celebrity with liking attention, but there isn’t always a correlation. Even though Shinelle’s career has put her in the public eye, she isn’t the type of person who is obsessed with being in the spotlight. Instead, she enjoys living a low-key life and she hasn’t shared much personal information.

Not only does Shinelle like to be a part of telling great stories, but she likes to enjoy them just as much as anyone else. When Shinelle gets time off from work, she loves spending it curled up with a good book. Occasionally, she even shares pictures of the books she’s reading on social media.

7. She Got Her Start Doing Commercials

Unfortunately, we weren’t able to find any information on what inspired Shinelle to get into acting. What we do know, however, is that she started her career in commercials after moving to Los Angeles. From what we can tell, she still lives in the Los Angeles area.

8. She Loves Interacting With Her Fans

It’s no secret that work is hard to come by in the entertainment industry, even for the most talented people. During an interview with BlackTree TV, she shared how grateful she was for the opportunity to play Jenna in Swagger. She added that the experience felt like a gift to her.

10. She Is Looking Forward To New Opportunities

Even though Shinelle has been in the entertainment industry for about a decade, in many ways her career is just getting started. While she’s grateful for all of the opportunities she’s had so far, she’s excited to see what the future has in store for her. Those who are following her journey are also looking forward to seeing what’s next for Shinelle. With her strong on-screen presence and undeniable talent, there’s no doubt that we haven’t seen the last of Shinelle.

The Reason Why Edie Falco Had to Stop Watching The Sopranos