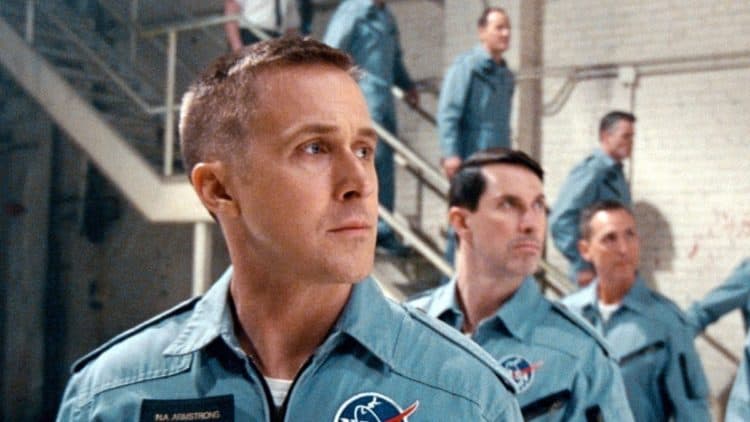 For all intents and purposes it sounds like Ryan Gosling was something of a troublemaker in school since he was inspired by the film First Blood to gather up a bunch of steak knives one day for school. He then proceeded to throw them at his fellow students, which eventually led to a suspension. That certainly says a lot about his mental state at that time since despite the fact that he wasn’t taking a gun to school, taking a handful of knives still seems to indicate a disturbed mind. Thankfully though the matter was sorted out eventually and Gosling was put back on the right track eventually as he would later go on to start a career and begin to experience a great deal of fame and notoriety as people began to notice who he was. Now that he’s a big star it’s kind of hard to see him as a troublemaker, but the things you learn online are sometimes kind of eye-popping.

10. He and Rachel McAdams fought constantly on the set of The Notebook.

This might seem like kind of a gimme since a lot of people do know about it. But given that not everyone has watched The Notebook there’s still a chance that there are those that don’t realize that Gosling and McAdams fought like crazy on the set. Ironically they ended up getting together after a while and then breaking up, and then getting back together before breaking up again.

9. For the time he was on the Mickey Mouse Club he was living with Justin Timberlake’s family.

It’s hard to say if anyone remembers the the Mickey Mouse Club that long ago but Gosling, Britney Spears, Justin Timberlake, and a few others made a name for themselves on this show as it was where they got their start and began to gain notice.

Even in action movies he seems to play the guy that has a few issues that need to be worked out and he’s hardly ever, IF ever, excitable in any way. Even in Blade Runner 2049 he was calm and composed most of the time.

It kind of seems like acting and music go hand in hand sometimes as a few people in the acting world have managed to set themselves apart by forming a band, being part of a band, or at least taking up an instrument to show that they’re uniquely skilled in that arena.

6. There was an issue in elementary school that caused his mother to take him out.

It wasn’t just throwing steak knives at his fellow students that led to this, as mentioned above, but he was also being constantly bullied and had no friends to back him up until he was about 14 years of age. So his mother decided to quit her job and homeschool Ryan for a while.

5. He actually built the kitchen table you see in The Notebook.

It obviously took him a while, but he was getting into the character of Noah for the film, and managed to complete the finished product and get it on screen just in time. Whether he’s kept up on that skill or not is hard to say since it was for a role and might have had any personal interest for him.

4. His nickname in school was Trouble.

You can kind of see why by the description above but it could have been that he tried to fight back more than once and just didn’t have what it took or perhaps got himself in over his head more often than not. A person doesn’t earn that kind of nickname by being quiet and docile after all.

3. He was supposed to be in The Lovely Bones.

At the last minute he bowed out and they used Mark Wahlberg instead. There’s likely an explanation for this buried in a slew of articles that came out years before but he doesn’t seem to regret it all that much.

2. Unlike a lot of actors his age he doesn’t have a lot of close friends or an entourage.

It all depends on how a person feels when they see an actor with an entourage of those they either trust or use as crowd control, but on a personal note it seems like it would be better to be able to to just hang out alone or with a couple of friends rather than have those that are determined to hang on your coattails and enjoy the ride.

1. He was one of the options to play Bruce Wayne in Batman vs. Superman: Dawn of Justice.

Obviously Ben Affleck got the nod instead but he was one of those that was being considered for the role.

He’s quiet and modest but he’s still a big star and does act the part a lot of times.