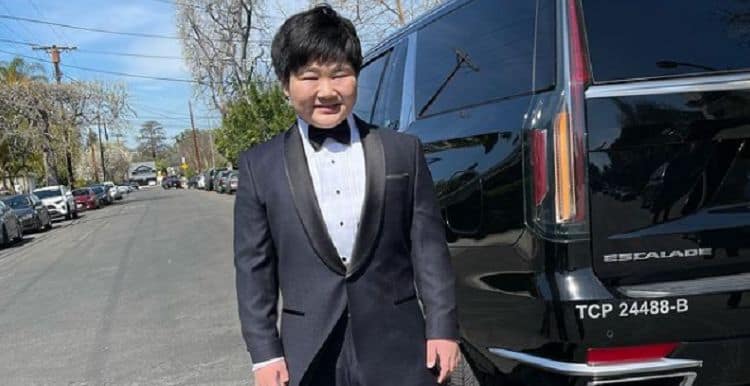 Unlike most other 13-year-olds, Reyn Doi has already found his calling in life. The talented teen has a budding acting career and things are only going to keep getting better for him. He gained widespread attention for his role in the 2021 movie Barb and Star Go to Vista Del Mar where he got to work alongside Kristen Wiig. Although some people would’ve been intimidated by such an opportunity, Reyn had no problem rising to the occasion. Now, he’s getting ready to share his magic with the world yet again in the upcoming TV series That 90s Show. The show is a spin-off of the popular sitcom That 70s Show, and those involved are hoping it has just as big of an impact. Keep reading for 10 things you didn’t know about Reyn Doi.

Hawaii is easily one of the most popular vacation destinations in the United States, but for Reyn Doi, it’s the place he’s always been proud to call home. He was born and raised there and will always have love for his roots. Once he decided he was serious about pursuing acting, he relocated to the Los Angeles area which is where he currently lives.

Reyn got his first taste of performing when he was just four years old. At that time, he was asked to MC a performance at his pre-school and people were blown away by his stage presence. Needless to say, he’s a natural. However, we weren’t able to find any details on whether he has had any kind of acting training.

3. He Likes to Dance

Acting isn’t the only area of the arts that Reyn has taken a liking to. He also loves to dance. Like acting, dance can be a great way for people to let loose and express themselves. That said, it doesn’t appear that he has any interest in pursuing dance on a professional level.

Learning a new language is a challenge that lots of people simply aren’t up for. However, it’s something that Reyn has mastered. In addition to speaking English, Reyn is fluent in Japanese. However, he has only worked on English-language projects at this point in his career. Perhaps one day, he’ll get the chance to speak Japanese in his work.

5. Acting is One Of His Biggest Motivators

There are lots of things to love about acting, but Reyn’s favorite thing isn’t what you may expect. While talking to Midweek.com, Reyn said, “Acting motivates me to work harder and it balances my school work and acting, so I don’t just focus on school. I do work hard on my school work, but I also work hard with my other passion which is acting. And I also get to meet different people in the industry like managers and agents and other actors who are very kind and you get to grow relationships with them. I think that’s the most enjoyable thing with acting”.

6. He Has Some Serious Math Skills

With all of the success he’s had in his acting career, I think it’s safe to say that Reyn has the creative side down to a science. However, his analytical skills are on point, too. Reyn is really good at math and he is capable of quickly solving large problems in his head.

Despite his young age and being somewhat new to the entertainment industry, Reyn has already gotten some very cool opportunities. Reyn got his start as an actor by doing commercials. Some of the companies he got to work with include Jack in the Box and eBay.

8. He Enjoyed Playing a Villain

Some actors shy away from playing villains, but it’s something that Reyn is already embracing. When asked about his experience playing a villain in Barb and Star Go to Vista Del Mar, Reyn told Photobook Magazine, “Playing a villain opened my mind to playing different characters and genres in projects. I would probably prefer to play a villain, but both hero and villain roles are fun to play.”

Let’s face it, it’s always nice to find out that someone is an animal person. However, then the question becomes what kind of animals do they prefer? All of the dog lovers out there will be happy to know that Reyn is a dog person. Based on his Instagram profile, it appears that he has two dogs.

Just when you thought Reyn couldn’t get more impressive, you find out that he has even more creative talents hiding up his sleeve. On top of acting and dancing, Reyn also plays the violin and the guitar. He even likes to do a little singing every once in a while.