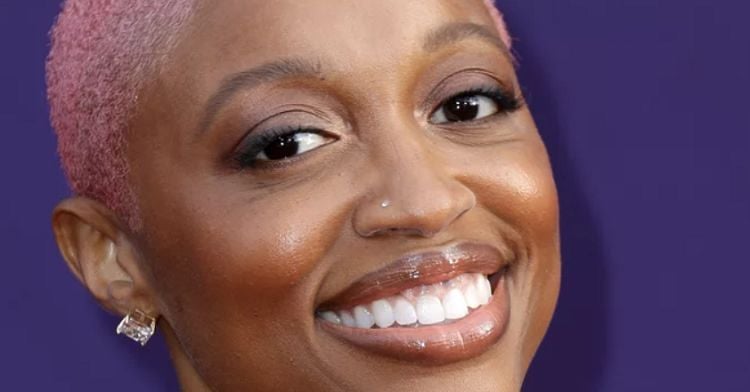 Travina Springer has been working hard on a new project. She’s portraying a woman by the name of Tyesha Hillman in a little project called “Ms. Marvel,” which is the new Marvel Universe series on Disney+. It is the role of a lifetime, and the world needs to know this young and talented actress a little better.

1. She Did Her Homework

When she first auditioned for the show, she knew she had to do some homework. She watched the Marvel movies. She got to know the Marvel Universe, and she really became a huge fan. She did know of the projects prior to doing her work on them, but she did not know that she would love them so much. She does, though.

2. She Loves the Costumes

One of the best things about the series for her is the costume situation. She loves getting to don the gorgeous apparel and the things she might not ordinarily wear on a given day. It’s so much fun to get to dress up and become someone else, and the costumes are a huge part of that.

3. She Has a Jeff Goldblum Story

It turns out that she was hanging out in a cold and flu medicine aisle at the store one day when she ran into someone she loves and recognizes. It happened to be Jeff Goldblum. She was so excited, and he was gracious enough to take a photo and hang out with her for a moment. Almost two years later, she booked a commercial and it was being shot alongside Jeff Goldblum. If that is not a cool story, what is?

4. She’s Excited About Being a Role Model

With a part like this one comes exceptional responsibility. She knows that there will be many people who learn to look to her as a role model, and she is fine with that. She’s excited about it, she’s happy to do it, and she is ready to take on that role to become someone that has something positive to say in a way that impacts the lives of many others.

5. She Doesn’t Believe in Limits

She’ll do anything. Comedy. Drama. Whatever it is she is doing, she will do it. She’s not one who likes to limit herself to any one thing. She thinks she can do it all, so she can do it all. She’s a star, and she will take on any genre that comes her way whether it feels natural or more like something she has to prep for. She’s a star.

While she has a lot going for her, and she doesn’t feel any need to face limitations, she does love comedy. She will always make it her priority to spend as much time as she can working on a comedy project even when she’s working on other things. Her belief is that comedy really allows people to relax and show their softer side.

7. She’s Friends With the Cast

When she met the cast and they were filming, it was during pandemic times. They spent a lot of time together because of isolation, and part of their free time was spent working out. She loved getting to see the young actress who plays Ms. Marvel herself doing what she could to become stronger and stronger during filming.

8. She Wants People to Feel Heard

Everyone has something to say, and she wants to be sure that people not only get to say what they want, but that they feel as if they are being heard while they say it. She’s a big advocate for that, and it was so important for her on the set to be able to encourage younger stars to say what they wanted and to support them when they did.

She’s a woman with a lot of privacy in her life. She’s social. She loves her friends and her family. But she does keep that part of her life more to herself than she does in the press. She’s not sharing the intimate details of her life with anyone else, and that is not a bad thing when your star is rising this quickly.

10. She is So Glad Things are Not Secret Any Longer

For years, she had to keep this role and what she was doing in Atlanta while filming a total secret. She could not even tell her parents what she was working on. The Marvel world is a secret one, and she is so happy that this is finally out and she is able to share with the world what she is doing and how long she’s been working on this.