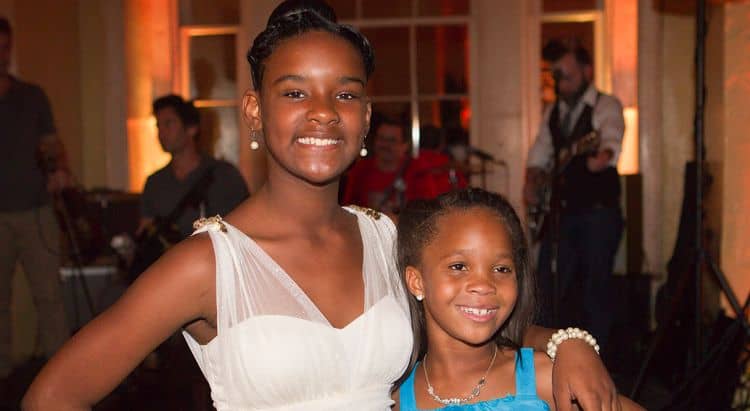 When the world was introduced to Jonshel Alexander nearly a decade ago, she was 12 years old and had just been cast in the movie Beasts of the Southern Wild. Although she wasn’t one of the main characters, she left a lasting impression on viewers and many felt that she had the potential to have a long career in the entertainment industry. Surprisingly, however, she didn’t make any other on-screen appearances after the film. Still, however, there was always hope that she would eventually return to the screen. Sadly, Jonshel’s life was cut short when she was shot and killed while sitting in a car in New Orleans. She was only 22 years old at the time of her death. Continue reading to learn more about the life and legacy of actress Jonshel Alexander.

Jonshel was born and raised in the New Orleans area and she was very proud of her roots. She fell in love with performing at an early age, and it was clear that she was meant to do something special. Since Jonshel didn’t spend much time in the entertainment industry, there isn’t much information out there on her life. However, one thing we do know is that she had lots of determination from a very early age. According to an article from The Hollywood Reporter, Jonshel was one of the thousands of young actresses who auditioned for the movie Beasts of the Southern Wild, but she wasn’t intimidated at all. Her mom said, “She was like, ‘I’m going to be in this movie. They fell in love with Jonshel.” Even though she was a little too old for the starring role, producers found a place for her anyway.

The film’s director, Benh Zeitlin, said, “We incorporated a part into the film that was very much inspired by her. A lot of the lines were written by her, and so much of the character grew out of who Jonshel was. Her character in the film is named Joy Strong, which always seemed like a perfect description of Jonshel. She was a really bright burning light.” The movie went on to become a huge success and it received four Academy Award nominations.

As mentioned earlier, Beasts of the Southern Wild was Jonshel’s only acting credit and it’s unclear why. There’s a chance that she may have auditioned for other opportunities but was never cast, or she may have chosen to walk away from the industry completely. Either way, it appears that she went on to lead a ‘normal’ life which included going to a local high school where she was a member of the cheerleading team. After graduating, she went on to work as a hostess at a local restaurant.

Everyone knows that death is a natural part of life, but it’s always shocking with a person dies unexpectedly. This is particularly true when the person’s death is violent. When news of Jonshel’s passing hit the internet, she had already been dead for a couple of days. Jonshel was murdered on November 27, 2021, while sitting in a car with a man who has yet to be identified. It doesn’t appear that Jonshel was the intended target. Although the man was also shot, it appears that he survived his injuries. In fact, he was able to drive himself to the hospital. Surveillance footage shows a man wearing a mask fleeing the scene in a pickup truck. Police are hoping the public will be able to provide information that will lead them to a potential suspect.

While there’s no denying the fact that that there are countless people who have been touched by Jonshel’s death, no one is feeling her loss as much as the people who knew her personally. Those who knew her best described her as a positive person who was a light to everyone she came in contact with. Although she only had one professional acting job, Jonshel got a chance to share that light with the world, and that’s something that many people will never forget.

In addition to her parents and her siblings, Jonshel leaves behind her one-year-old daughter. As her family and friends struggle to cope with the tragic loss, they are hoping that the person who took Jonshel’s life will be brought to justice. At the end of the day, however, there’s no amount of justice that will be able to bring her back.  As of now, there hasn’t been any information released to the public regarding Jonshel’s services.