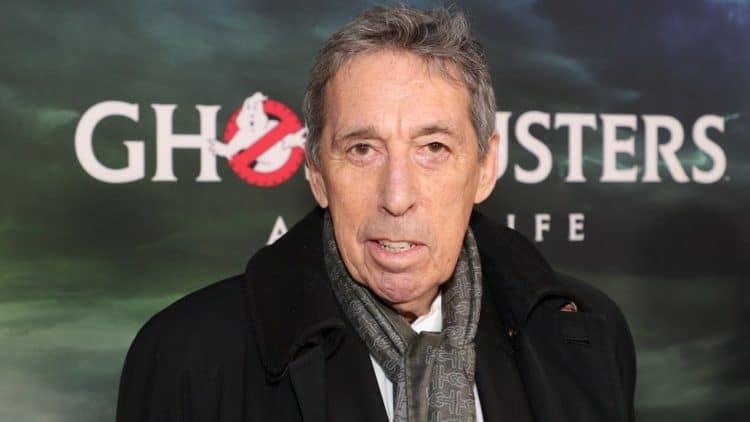 There are titans in the film industry that some folks might agree are worthy of the title, and others might think are great, but haven’t quite hit that level yet. Ivan Reitman, the man we have to thank for Ghostbusters and Ghostbusters II, and even Ghostbusters: Afterlife in a big way, passed away recently and it’s very fair to say that many people are going to miss his influence in the film industry moving forward. But, like many individuals that have spent their time in the spotlight and done so many great things in the industry, he will be remembered as one of those that managed to create the type of projects that people will be quoting and enjoying for many years to come. There are plenty of people today who might know next to nothing about Reitman other than that he was the man that helped to bring Ghostbusters into the mainstream and created something that to this day is one of the most well-respected and well-loved movies of all time. Beyond that, it’s not at all hard to think that a lot of folks are going to remember Reitman far less than those that grew up watching his movies.

For a career that started back in the 60s, Reitman came a long way and did plenty of things that plenty of people have found the time to enjoy, and looking at what he managed to accomplish over the years it could be said that he led a full life. Looking at the life of a director and a producer is something that many people don’t always do since the flash and pomp of the celebrities that they utilize in one movie or another tends to drown them out unless they happen to become a big name, especially one that many people are willing to follow from one movie to the next. Given all the movies that have his name on them, it’s not hard to see why people started following him after a while.

Looking back on his career one can see that Reitman worked with a core of characters that were known to show up in his movies fairly often, much as several directors have done over the years. His directing and producing credits aren’t limited by they’re not as extensive as others either, which could mean that being selective about the projects he took on was common and that people might have appreciated this about him. There are plenty of directors and producers that will go after whatever project they can find to boost their reputation and their career, but those that become more selective, or start that way, are often those that either don’t last as long and aren’t quite as memorable, or that can grab the attention of their fans after a while and keep it by making movies that aren’t plentiful, but are bound to be the types of movies that people will remember for many years to come. Reitman was one of the latter without any doubt and his ability to create a movie that people would enjoy and would tell others about placed him among the best in the business.

Ghostbusters will likely be one of the biggest movies that Reitman will ever be remembered for, especially since despite the second movie being not as great, it was still memorable since it brought back the entire team and tried to create a way to bring the city of New York together on a special occasion. He’ll also be remembered for his son’s movie, Ghostbusters: Afterlife since he did help out and he was a part of the movie, which made it even more special. There’s no way to boil Reitman’s career down to a single blurb without wondering how much lies behind the words, nor is there a way to say how much he’ll be missed by many. He hadn’t officially left the business yet, but it feels certain that he might have continued to sit behind the scenes to help his son and perhaps see other projects brought to light. But for now, we say goodbye to a very special individual that gave the fans a great deal during his time in the industry.

People are going to rise, enjoy their fame, and watch as the film industry changes over time, that’s the way of it. There’s no telling what’s going to be popular from day to day or year to year, but the people that we look to for our entertainment are doing their best, and a lot of times it’s simple enough to say thank you and try to enjoy what they’ve given. There are a lot of ways to say what Reitman meant to many fans and his family, but the best that we’ll say is that he was an amusing genius of his time and that he created something that’s likely going to be remembered for many years to come. Rest in peace sir, you’ll be missed.