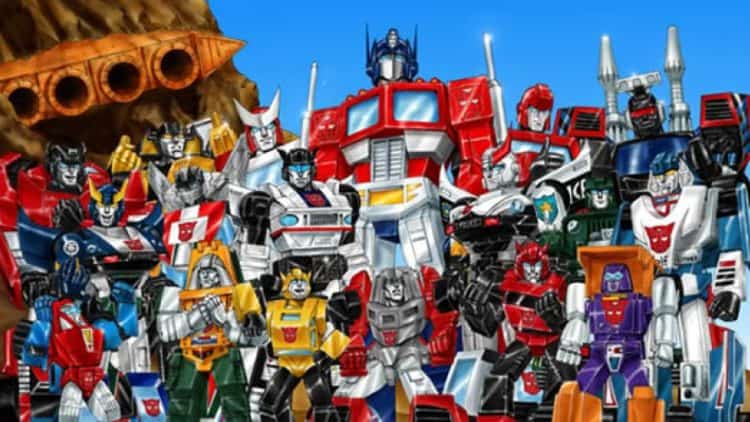 In 1986, at the height of its popularity, kids were able to see one of their favorite shows get its big-screen debut with The Transformers: The Movie. Being a child of the ’80s myself, I can remember the fervor around seeing all of the classic ‘Robots in Disguise,’ along with some new (celebrity voiced) characters, burst onto the screen with a pulse-pounding score, epic battle scenes, and mildly adult language (which for a seven-year-old was mind-blowing). With those fond memories stored firmly in our memory banks, it is exciting to hear about Shout! Factory announcing a new release that will have fans of original ready to roll out their cold hard cash for a massive nostalgia bomb. On August 3, 2021, The Transformers: The Movie 35th Anniversary Limited Edition Steelbook became available to buy and it is chock full of newly enhanced visuals and sound, along with tons of bonus features.

Far from the visual vomit found in the recent Michael Bay helmed iterations of the titular alien bots, The Transformers: The Movie feels like a masterpiece. According to Wikipedia, the ’86 version takes place 20 years after the events of the television series’ second season. Set in the year 2005, the battle still wages on between the feuding factions of The Autobots, led by Optimus Prime, and The Decepticons, under the command of the evil Megatron. Now in control of their home planet of Cybertron, The Autobots, along with their human allies Spike Witwicky and his young son Danny, have a new threat to face, a transforming planet named Unicron who eats everything in his path. In need of a Cybertronian artifact called the Matrix of Leadership, which has the ability to stop Unicron, The Autobots set out to find it before The Decepticons.

What made this movie so intense was the far darker path the storyline takes compared to the television series. Beloved characters are killed off during colossal fight scenes, which have the benefit of a more detailed animation style and character design, while still maintaining the look of the original show. Everything from the intricate backstories being presented, the crazy metal and hairband soundtrack (including a track by the one and only ‘Weird Al’ Yankovic and the song “The Touch,” which you might remember Mark Wahlberg destroying in Boogie Nights), and the oddly perfect celebrity voices made this a fan favorite, even if the critical reception was less than favorable. But, hey, they came a long way from being nothing more than a show made to shill toys to kids.

Going through the cast list, one might be amazed to find the likes of Robert Stack, Judd Nelson, Scatman Crothers and Casey Kasem (who played Jazz and Bumblebee on the television show), Monty Python alum Eric Idle, Mr. Spock himself Leonard Nimoy (ironically related to Michael Bay through marriage), and in the final role of his career, Orson “Citizen Kane” Welles as Unicron. As a child, they were merely voices, but looking back now, these were some pretty impressive casting choices for a project based on a Hasbro toy line.

Shout! Factory and Steelbook are no slouches when it comes to putting together well-produced editions of popular and sometimes forgotten classics of film and television. The Transformers: The Movie is no different. Presented in both Widescreen (1.85:1) Version in 4K and Full Frame (1.33:1) Version in 1080p, the set also includes:

Needless to say, this is a hearty offering of content for both the die-hard Transformers fans and newcomers alike. With the several spin-offs and recent (and very well-made) Netflix series, there is something special about the original version of the franchise that draws people back in. Besides, after having to sit through the five bombastically eye-gouging, CGI-laden, aural decimating, self-indulgent missteps by director Michael Bay over the years, returning to the Cybertronian well where it all started might be just what the devotees of The Transformers need and deserve right now.