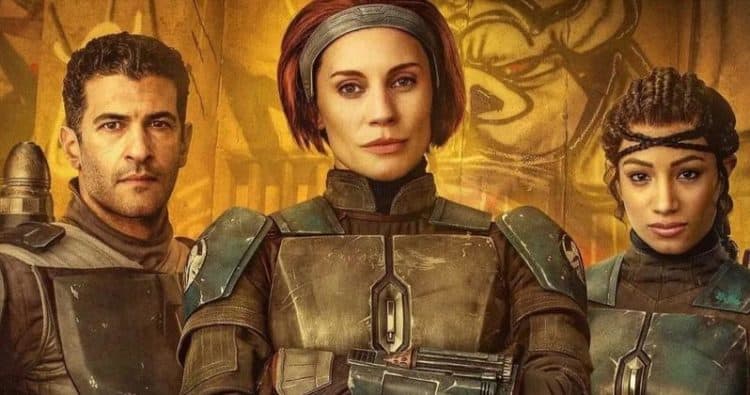 This kind of clip really shows a person how deeply invested people can get into their favorite shows or, it can show just how much people love to break down theme songs and remaster them in one way or another, which usually ends up destroying them or, in this case, making them even better. The Mandalorian theme song isn’t quite as challenging as some and without lyrics, thankfully, it’s something that can be enjoyed by a lot of people since it has more than one element to it. This can be heard if a person simply listens since there are triumphant, dangerous, and cautionary notes within the theme that one can pick out if they’re able to listen closely to the music and really get into it. With that being said, it’s easy to think that the theme encapsulates the series almost perfectly since it kind of speaks to the shared adventures that Din and Grogu have, and the dangerous lifestyle that he leads. Before ever meeting Grogu it’s kind of obvious that Din is a cool and calculating individual that knows how to fight and knows how to assess a room upon entering, which is something that most bounty hunters need to be good at in order to survive their line of work. The music is paired so well with the series that trying to use it for anything else feels as though it would be kind of difficult to make it fit with as much success.

A theme song can actually mold itself to a series if that makes sense, as, within the minds of those that listen and watch, the association takes place slowly or quickly depending on how effective it proves to be. For instance, the original score of Star Wars is something that a lot of people wouldn’t associate with anything else since the music was used for an epic story that people couldn’t help but love after a while, and as a result, they came to associate the music with the movie, and thereby the song eventually ‘fit’ the movie, meaning that it’s not bound to fit anywhere else in the minds of many people. Think of it this way, try taking the original Star Trek theme and placing it on another show, and then see how people react. Confusion and even anger might be the result of such a decision since the song won’t ‘fit’ with any other show or movie since it was designed for the show that it was associated with for so long. The same can be said for The Mandalorian after just two seasons since so far the show has been everything that the fans weren’t expecting but have wanted to see. It’s returned Star Wars back to a level of popularity that the recent trilogy had been tanking for the past five years.

In all fairness, the trilogy had its good points and there were moments when it was actually quite enjoyable, but there were a lot of issues within the three movies as well, and the treatment of Luke Skywalker was only one among many. In fact, there are problems that came off-screen as well as on since the whole idea of John Boyega thinking he was the savior of Star Wars was a bit much, but his rant about being brought in to ‘save’ the franchise was downright asinine. One thing the franchise doesn’t need is saving, since no matter how toxic the fanbase is, Star Wars is still one of the most loved stories around, and as much as people gripe, they’re still going to watch what’s being offered in the hope that something will catch their attention and keep them watching. Look at how many people didn’t care for The Last Jedi, and how many came back to watch the third movie. With The Mandalorian people were itching to come back and watch the second season since it was implied that we were going to get to see a Jedi show up, and a lot of people were already hoping for another when it was kind of obvious from reports that we were going to see one familiar face that people had been obsessing over.

The music to The Mandalorian is haunting and satisfying in equal measures and it’s easy to think how many people have become enamored of the ability to reproduce it since the sound is impressive and definitely just as enticing as the theme song heard on the show At this point, people are already wondering how the third season is going to go since the ending of the second season saw Grogu, the little guy that had made such a big stir in the Star Wars franchise, go off with Jedi Master Luke Skywalker. But there will be a season three since there’s plenty still to be done.