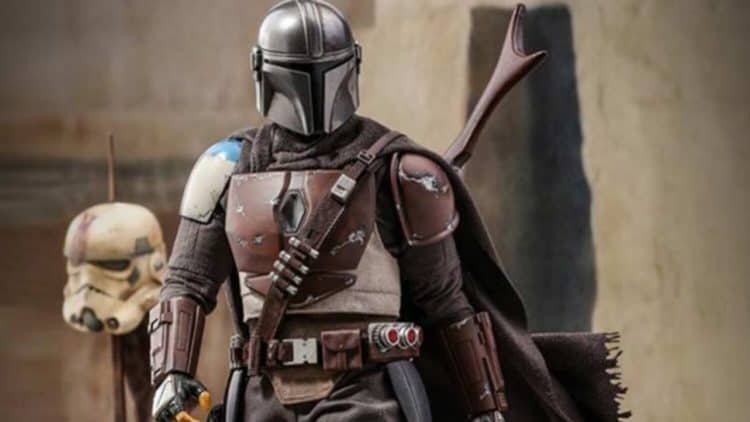 It’s been said more than once that Star Wars takes off from certain other ideas that come from cinematic history, and the only word that a lot of us can think of at this point is ‘duh’ since if one is going to be entirely honest with themselves and everyone else, ideas don’t materialize out of thin air. They tend to come from past ideas that are reworked in different ways and given new elements to incorporate in order to bring something new to the audience so that they can enjoy a familiar theme from a different point of view. The Mandalorian meeting For a Few Dollars More is pretty fitting since a lot of Clint Eastwood material can be said to be derived from older movies such as Yojimbo, meaning that both Eastwood and The Mandalorian have a lot of thanks to give the older movies that deal with mercenaries or hired guns or whatever they’ve been called in various movies. The classic tale of the lone warrior that comes waltzing into an area, perhaps looking for trouble or just looking for a place to sit and have a drink, is an old one that a lot of people still enjoy since it’s simple, it’s straightforward, and it’s a favored structure for a lot of stories that have been created throughout the years. The lone gunman has their own code that they live by, and whether they have allies or not they don’t often ask for help unless they need it.

Din Djarin has made a great case for this in the past two seasons of The Mandalorian at this point since he started out on his own without anyone else to care for and no one that would really care if he lived or died apart from Greef Karga, who might have missed him for a bit simply because Din was the best hunter he worked with. But then a cause of some sort comes along that entices the lone warrior to care about something other than his own needs, and whether he fights against it or accepts it, he eventually learns that relying on others isn’t a weakness, nor is it a danger as they might have believed before. Instead, relying on others becomes a way to solidify strength and create bonds that the warrior can draw on later in the story when they’re really needed. The Mandalorian has pulled a lot of elements from the old westerns and it’s done great in the process. Those that might want to say that it’s ripped everything off and made it great again might need to take a look back in cinematic history to see how many other ideas have been ‘ripped off’ or ‘plagiarized’ since the whole idea of creating a story is taking elements that we see, hear, and read about, and possibly experience, and place them into a format that will entertain people and get them to keep watching.

The fact that Star Wars takes after the old westerns and other movies that have been considered so great for so long is kind of flattering really since it means those themes still work and the ideas that gave rise to them are still popular with the audience. Anyone trying to claim that it’s being stolen or plagiarized might not fully understand what goes into a story or how a script is formed, but there are key elements that need to be made visible within any movie or TV show that takes after a certain genre since like it or not, giving people what they expect is a good idea even if it’s not the only thing that’s going to show up in the project. The Mandalorian still has the Star Wars feel thanks to the technology, the culture, and the mythology of it all, but that wild west feel is something that the movies don’t really have since there are more fantasy and supernatural feeling to the main series than there is in this show. Din is not Force-sensitive, but Grogu is. Din is a fighter and a Mandalorian, not a Jedi, but still manages to fend off Ahsoka for a few seconds. In other words, the show takes the fantasy elements of Star Wars and the feel of the old westerns and weaves them together in a manner that works for a lot of people since it satisfies them on multiple levels.

What’s going to be up next for The Mandalorian is hard to say since Grogu became a big part of the show, but people had to know that he would eventually be gone since thanks to the overall story he had a shelf-life that was going to expire at one point. But hopefully, season 3 will give us more of the same since people are hooked.