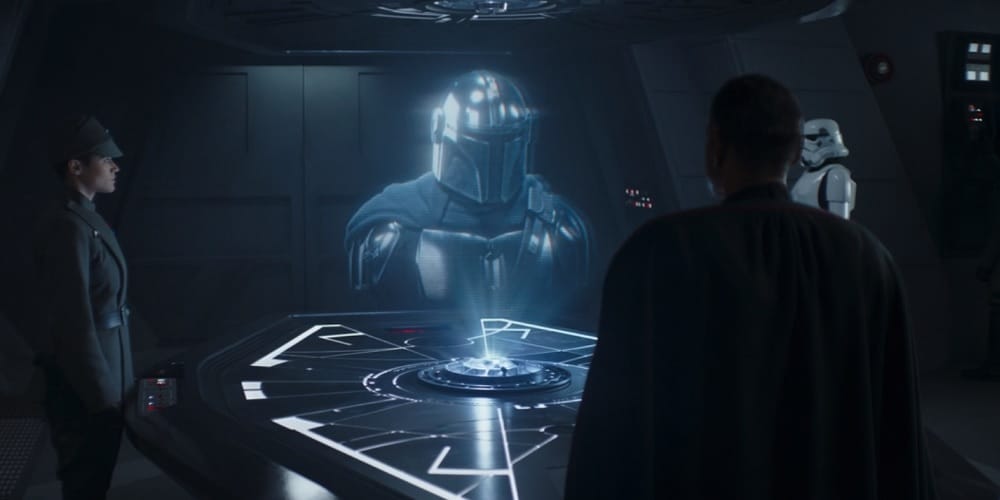 So…The Mandalorian season 2 has come to a close, and if you haven’t watched it yet, then spoilers are on the way, and you can bet that plenty of people are going to have something to say about it since whether you want to call the inclusion of one of the greatest Jedi ever a seriously well-timed MacGuffin or one of the best parts of fan service ever is up to you. Personally, I was sitting there in mild shock that the answer was placed in front of us so quickly and in such a blunt manner, but was also rather pleased to see a familiar face, despite the fact that it was another CGI job that a lot of people probably weren’t suspecting. But as you can imagine, there are still more questions to be answered following the finale since there were a few great moments and a few instances when a person couldn’t help but wonder if the mention of season 3 was kind of a fake-out since let’s face it, Din took on a very powerful opponent when he decided to go after Moff Gideon, and it wasn’t exactly Gideon’s swordsmanship that had him on his heels, but the size of his force that was a little too daunting to believe. But let’s do a quick recap just to make certain of the main points that we’re hoping to see resolved eventually.

Din was going after Grogu and was bound and determined to teach Gideon a lesson, which meant that he needed Bo-Katan and Koska Reeves. We missed seeing Axe Wolves this time around though, so perhaps he was on a different mission, trying to harry the Imperials or do something else to return Bo-Katan and their people to Mandalore. With Fennec Shand and Boba Fett and Cara Dune along for the ride though it felt as though Moff Gideon couldn’t possibly have enough crew on board his light cruiser to stop this small force of elite warriors. But then we couldn’t forget about the dark troopers, who were completely automated and didn’t suffer that ‘human weakness’ as the good doctor put it. Plus, what happened to the doctor? Did he escape? Was he taken into Republic custody along with Gideon? The way the finale ended, one can’t really be certain of where Din is going to go from here, but it does feel as though he and Bo-Katan are going to have a troubling road forward since not only did Din end up winning the darksaber from Gideon through combat, but this means that he’s now in line to lead Mandalore, which is hardly ideal since Bo-Katan had designs on that role, and Koska is likely to back her up. The only way for her to regain the darksaber, according to Gideon, is for her to defeat Din in battle, so season 3 could get a bit hairy. Plus, the post-credits scene makes it clear that Boba Fett and Fennec Shand aren’t about to up and disappear since upon finding a living but fattened version of Bib Fortuna, Fett and Shand quickly take over the business and are bound to become a threat, or at the very least a seat of power on Tatooine.

And now we get to the part that a lot of people are likely buzzing about, the save by none other than Jedi Master Luke Skywalker, who waded through the dark troopers with such little effort that one might think that Din isn’t such a great fighter considering how easily one trooper was giving him such a hard time. But give Din credit, he took on an armored opponent and his own armor did the job, taking multiple blows to the front visor without breaking, while the beskar spear came in handy in a clinch and proved to be the one weapon he had that could get the job done. But watching Skywalker mow through the dark troopers so easily, and seeing the crestfallen look on Gideon’s face as he realized who had come calling, was simply too great. One had to know that from the moment an X-Wing arrived on the scene that it could only be a few people that had come to the rescue, and the most powerful of the bunch made his way to the bridge with the greatest of ease, as a lot of people would have expected. This was, after all, Luke Skywalker at his best, before he became a crazed, green milk-drinking hermit ala Rian Johnson, and despite being the predictable nick of time save, it was still glorious. One had to expect that Grogu would eventually have to exit the story since Din couldn’t possibly teach him what he needed, but now the question is whether Grogu perished when Kylo Ren destroyed Luke’s academy, or if he’s still out there somewhere in the galaxy, teaching others after the passage of so much time. See? There are more questions than answers, such as whether we’ll ever get to see a real showdown between Fett and Koska, or if we’ll ever see any of the other characters in the next season.

No matter what happens, season 3 will need to be lit in order to match up to what we’ve seen already.