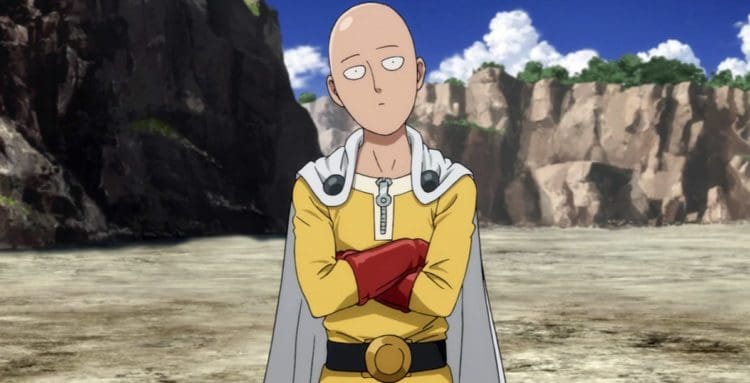 One of the most powerful and yet boring superheroes ever is Saitama, better known as One-Punch Man. Why is that? The hint is in the name. Whenever he fights someone, all he has to do is hit them once and they’re dead. Like, literally. And on top of that, he can take the most unimaginable type of beatings like they’re nothing. Honestly, he makes the strength and durability of Superman look like a total joke. Take characters like Superman or Goku, you name them, the bald-headed, nearly always stoic Saitama could punch a hole through their chests. And he’ll most likely walk away without a scratch. Now that is a superhero you don’t want to mess with. Without a doubt, One-Punch Man is one of the most powerful characters in anime. So just imagine if Hollywood decided to pursue a live-action movie for him?

Well, guess what? It’s happening. According to Deadline, Sony Pictures is developing a live-action movie for one of the most powerful anime characters ever. Now hold on, anime fans, don’t lose your cool just yet. Before you instantly assume that this will turn out to be garbage, just listen to the details. For starters, this movie has a director attached to it. And the man they got to helm this project is Justin Lin, who is best known for directing several Fast and Furious movies. He has also directed the third entry to the new Star Trek trilogy, Star Trek Beyond. That is the most action-centric of the three, and along with directing five Fast and Furious movies, I’d say he knows how to direct action.

That should be enough to at least give you some degree of confidence for this movie. Now of course, that still doesn’t ease our nervousness for what this movie can turn out to be. Live-action anime adaptations typically don’t go our way. The best example: Ghost in the Shell. Yes, that one with Scarlett Johansson that so many fans of the original didn’t like. Now was it really bad because of Scarlett Johansson? I would argue no. Now I know, she’s a Caucasian actress who played a Japanese character. But if you ask me, that wasn’t the issue. I think the main issue with that movie was that it felt very Westernized. That is something I feel many anime fans take issue with live-action adaptations.

Personally, I do feel a little torn on this One-Punch Man adaptation. I am a big fan, but I was slow to the series. I am still catching up and nearly done with the first season, but I have loved everything that I have seen so far. As we all know, there is only goal of the indestructible and all-powerful Saitama: to find a fight that will excite him. It would be pretty boring to just beat everyone with one hit, wouldn’t it? This superhero has fought the biggest and baddest of challenges and yet, he plows through them like they’re nothing. After a few times, that is sure to get boring and he wants some excitement in his line of work. Can we blame him? Probably not, but we really have to wonder how Justin Lin will adapt this.

I think his biggest challenge is to make this work with Western audiences. Because let’s face it, that will be the bulk of the audience. The most hardcore of the anime probably won’ dig it, but that’s okay. No matter how good or bad this live-action movie turns out to be, we’ll always have the anime. But let’s face it, there are certain things in anime that just won’t work in live-action. I think most of those things are the things that make the animated series so great. Everything we see in it is unusual and comical. You’ll see big monsters walk around the city streets like they’re regular people. And perhaps most comical is Saitama chasing one mosquito into the streets with insect repellent.

It’s those kinds of things that makes the One-Punch Man series fun. Just like many other anime, when it tries to be funny in a weird way, it works. A lot of this comes from how Saitama confronts his enemies and his dissatisfaction with fighting them. They could literally be smashing him into the Earth and he’ll be staring at them like they’re throwing feathers at him. And let’s be honest, who hasn’t tried his famous workout? If you haven’t, you better give it a try. Ultimately, One-Punch Man should be a boring and one-dimensional hero on paper. However, his characterization works because it’s anime. I just have this bad feeling they will make some adjustments for the sake of Western audiences.

Then again, we should remember that this is being produced and developed by Sony Pictures. With Sony being a Japanese company, I think they should respect the Asian influence of the anime. Why wouldn’t they? Well, this will be a more Americanized One-Punch Man movie, but Sony and Justin Lin probably won’t deviate from what makes the anime great. Perhaps that is just wishful thinking on my end, but how else would it work? All we know is, whenever Hollywood has tried to mess too much with the anime source material for their live-action adaptations, they often don’t work. Does anyone else remember how Cowboy Bebop faired? Not so well, but oddly enough, it did stay somewhat faithful to the anime series.

It’s too soon to write this off just yet, but I do get the skepticism. Personally, I just want to know who will play Saitama. Not only does he have to sell the poses and appearance of One-Punch Man, but he also needs to convey that blank stare. That is his trademark. The first image of the movie we need to see is the actor in that casual pose where he’s crossing his arms and staring at us. If that looks good, then that’s a start.

What are your thoughts, anime fans? Are you excited for a live-action adaptation of One-Punch Man? I certainly am. I think it’s time to finally catch up on the anime series.