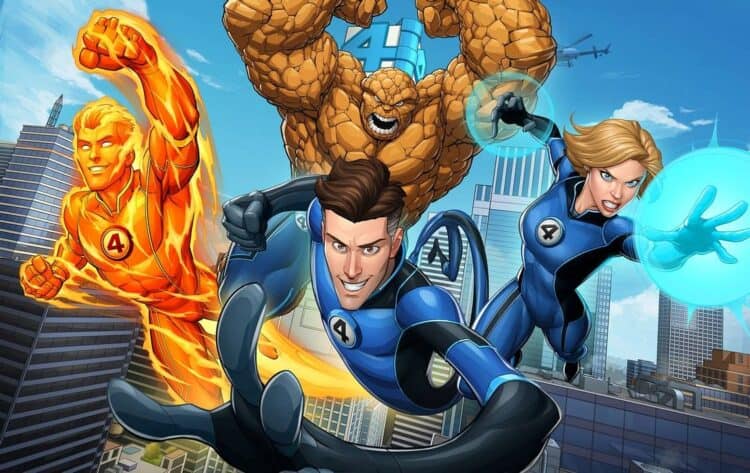 It doesn’t often matter who is made to face off against Superman, since the hero is essentially the gold standard when it comes to what it means to be an unstoppable hero that has plot armor, unlike anything that anyone could imagine. The only one with stronger armor than this character is Batman since the dark knight is capable of beating just about anyone if he’s given time to plan and prepare. There are a few Marvel characters that can do the same if they’re given enough prep time, and Reed Richards is one of those that, thanks to his team, The Fantastic Four, he usually has the time he needs to come up with one way or another to take down just about any enemy. The team dynamic isn’t perfect by any means, but the realization that Reed is one of the two reasons why Superman couldn’t take this team lightly comes from the fact that he’s managed to help the FF punch way above their weight class at times. Be it in the movies or in the comics, Reed’s intelligence is still a serious asset that helps the team.

To be fair, his intellect can be a hindrance as well since the time he spends on his projects can alienate him from the rest of the team now and then. But a guy that can create technological items of any type to neutralize threats that can endanger the entire world, and do so on a whim, is not someone that should be taken lightly. It’s fair to say that Superman could speed-blitz the team and take them out from weakest to strongest, but with prep time involved, the man of steel isn’t going to walk or fly away from this one that easily. The second reason, Sue Richards, is often taken for granted since initially her powers were far more passive and didn’t allow her to show a lot of aggression.

Now, Superman’s insides are supposed to be just as invulnerable as the rest of him, which means he’s a flying brick, as the saying goes. This could easily mean that she couldn’t give him an embolism by creating a void in his brain or his heart as she’s threatened others with in the past. His strength could likely break past her force fields and the Thing and Human Torch wouldn’t be much of a threat to him. But if the two could keep Superman busy for just a moment, and if there was prep time, well, Superman wouldn’t be walking away from this one. Give Reed the necessary prep time and he would likely know as much about Superman as he needed to and could find a weakness that would allow the FF to take down the man of steel in a concentrated effort that would make Superman realize that for all his strength and invulnerability, his plot armor could, in fact, be ripped away by a superior intellect that break the man of steel down in a way that he might not want to believe was possible. Weakening Superman isn’t easy, but allowing Reed to come up with a way to lower his power levels would open the door for the FF to put the hero in a world of hurt, and possibly keep him from retaliating.

One has to remember that this is a team that has outsmarted beings such as Galactus and have been helping to protect the earth on more than one front over the years, so they have the experience and they know how to work together when it comes to keeping their opponents on their heels. Superman might be intelligent and a veteran of many battles, but trying to figure out what the FF are doing before Reed comes up with a way to transport him to a dimension with a red sun or without a yellow sun feels likely, as ONE option, since there’s no telling what Reed might come up with to send Superman reeling. Hell, if Reed found out a way to obtain kryptonite from the DC universe, Superman would be in serious trouble since being weakened in any manner would leave him at a serious disadvantage, since if his body, inside and out, was weakened, then he has three different opponents that can and likely would deliver a serious amount of damage to him.

Admittedly, at his peak and fully aware of what the FF is all about, Superman probably would beat the hell out of them before they could react. But there are so many what-ifs in this scenario that it’s fair to look at all of them and determine that yes, the team could beat the man of steel under the right circumstances. Superman might have the benefit of being the hero that is given leave to be the absolute best, but it’s been proven that he can be beaten and that he’s not the sharpest tool in the shed when compared to Reed Richards, so it’s very like that with prep time, the team could take him down.