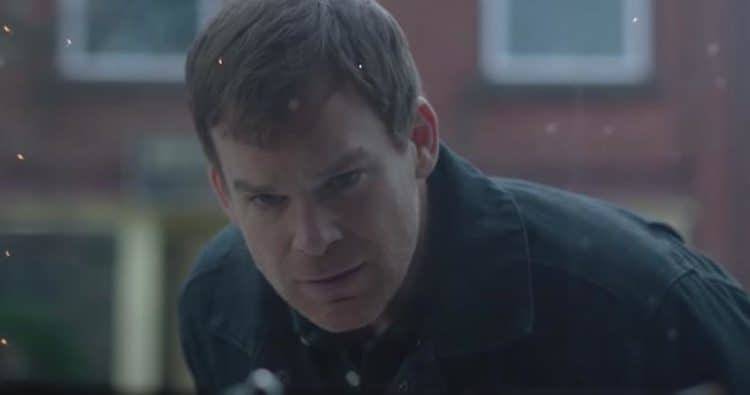 It’s bound to be a bit of a surprise when Jim Lindsay turns out to be someone other than who people thought he was, but from the look of this teaser trailer, especially at the end, Dexter is definitely feeling the need to get back to the life he remembers. It does feel a bit cliche to have turned Dexter into the small-town guy with the dark past that no one knows about, but given that he’s returning for a limited run it can be dealt with by a lot of fans since he’s not bound to be staying where he’s currently located. It’s enough to get people excited though, and that’s kind of the point since for so long fans have been wanting to see a worthy ending to Dexter, and as of this coming fall they’ll finally get one. If this ending isn’t what the fans want however then it won’t be too surprising since some folks are probably already hoping that the idea will be to keep Dexter on simply because he’s too popular and there’s a lot of revenue to be lost by finishing the story. This is what happens when people invest so heavily into a show, they refuse to let go unless they get the ending they want. Some folks, to their own credit, have moved on and might be excited to see the return of Dexter, but don’t care one way or another if the show continues, but others are likely to be bound and determined to see a revival, a remake, or even a reboot, though if anyone other than Michael C. Hall took on the role it feels as though a lot of people might stop watching. That might not be a fitting legacy to a show that’s had such a dedicated audience for so long, and to be honest, while there might be a way to make it work, this is one of those shows that should probably be left alone once it’s over and done with.

One can imagine a lot of folks have already watched the trailer over and over and have analyzed it while watching it frame by frame since yes, this is how dedicated some of the fans are and this is how nuts they go over it to make sure that they understand every little bit that’s presented. By the time Dexter finally does return for his limited run it’s easy to imagine that the superfans will have covered every square inch of the trailers and will have deduced and predicted what’s going to happen based on or more pieces of evidence that they’ve found in the trailers. The fact that this happens is kind of amusing, but the idea that it will allow fans to predict how the show will finally end is a bit ludicrous even if some of their guesses do turn out to be correct. Taking into account how big of an influence Dexter has had on society it’s fair to say that the actual ending could end up being seen as a vindication for all of those that have been nagging for a return to the show in order to deliver a proper sendoff. People have been going on and on about how the ending of Dexter was so disappointing for so long that it was easy to wonder if that particular broken record was ever going to skip and just fall off for once. It’s very easy to understand why people love certain shows, but the obsession that some people develop is tough to deal with, and even harder to comprehend.

Loving a story is one thing, but understanding that every story eventually has to stop, or even end, is another. People become so invested in one story or another that they sometimes forget that there has to be a point when the story will finally be laid to rest because it’s run the course that was designed for it. A lot of folks might not understand the meaning of such a statement, but the truth is that every story does have a beginning and an ending, a course that has been laid for it by the creator. Some stories follow that path without deviating and are thereby easier to predict at times, while others might deviate wildly depending on the creator and the need for something different as the story goes on. But at some point, the story will come to a stopping point, even if it’s not a complete ending. Dexter has run a course that has featured many twists and turns and has enveloped the lives of plenty of people during its time but come this fall the end of the show will be here, and it’s a hope that there won’t be any spinoffs that will continue things from a different perspective.