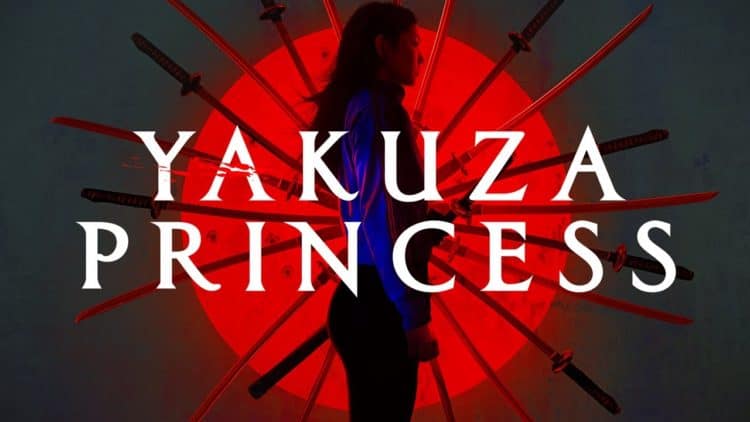 The desire to call a movie a generic example of its genre isn’t all that big when it comes to any movie, but there are some that either try too hard to differentiate themselves from others in the genre or don’t try hard enough to pull every connection together to appear cohesive and rational. The premise to Yakuza Princess is strong enough that it deserves at least some recognition, but at the same time, it’s tough to say that it came together in a way that was so amazing that it was bound to elevate itself among the many other action movies that are out there. From a cultural standpoint, the mere utterance of the title of Yakuza is enough to make a lot of people roll their eyes since the pulp fiction version that has been seen in the movies for so long feels absolutely tame at times and far too overblown at others when it comes to the organization that has been an interest of so many over the years. Using it to strike terror into peoples’ hearts has become a less than useful tactic, as the Yakuza in the movies has become not unlike comic book villains that don’t hold a lot of weight in their own world at this time.

How the title of Yakuza is used in this movie is even more so since the in-fighting that takes place and leaves Akemi as the rightful heir to a position that would give her a great deal of power feels like something that was drawn up by someone that has yet to grasp the need for intricate and subtle details that would have made this story far more effective. Even the action scenes, which could have easily been the driving force behind this movie, feel a bit disjointed and not entirely impressive. Tack that onto the fact that the story felt as though it didn’t benefit from a lot of cohesion between scenes, and it becomes even easier to admit that this movie just didn’t fire on all cylinders.

Most action movies tend to have the basic formula down, there needs to be a hook, a build-up to the main point of the story, a climax, and then the resolution. There are a lot of other points to grasp within a movie, but each feature tends to do things a little differently depending on the story and the style of the director. Stating that there was no direction in Yakuza Princess wouldn’t be entirely fair, but claiming that it didn’t feel like it went anywhere outside the lines would be kind of accurate. Sometimes a movie has to break barriers and exist outside the known barriers of its genre and take a few chances with the material it’s trying to push. There wasn’t a lot of that here since the general feeling is that there’s no reason to really care about Akemi or Shiro, which is a shame since the main characters of a movie need to be the highlight, especially if the other characters are going to be so ho-hum.

It feels a bit antagonistic to talk about an action movie in such a way, but when something like this is presented to the audience it’s tough to avoid thinking up reasons why the movie should have been given a second and even third thought when being released. Something with ‘Yakuza’ in the title is something that one would hope and expect to be executed in a manner that would entice people to watch it, rather than be wary of what they might see. The movie isn’t the worst that’s ever been made in terms of action, but the fact is that it is broken up in such a way that one has to sit and watch the movie in its entirety to gain a full grasp of what’s going on. A person should indeed feel the need to watch a movie from front to back, but some movies are easy enough to figure out when stepping away for a moment. This movie doesn’t have that feature since if a person so much as looks away from the screen for a moment they might lose the full idea of the story.

At the end of the day, Yakuza Princess is bound to draw people in since the Yakuza is still something that Hollywood continues to tap in a way that makes it mysterious and dangerous. But there have been too many movies featuring organized crime syndicates from around the world to take them seriously any longer. There’s also the idea that Akemi and Shiro don’t feel like complete characters, which detracts heavily from the movie in a way that’s tough to explain to the fans. All in all, this movie is fine if you want something to watch, but if you’re looking for a pulse-pounding, edge of your seat action movie, this is one that you might want to avoid.