Shudder is one of the more specialized streaming channels that one can’t help think is going to be a haven for horror movies and anthologies that are bound to be mind-bending, sickening in their use of gore and psychological trauma, and fully capable of terrifying those that dare to watch. And yet, every now and then, there are movies like Dogs that are meant to be disturbing and good enough to send chills down one’s spine that fail to do much more than keep people mildly interested. The fact is that this movie feels more like an idea that was given a few ideas to go on, and might have been subjugated to a half-hearted brainstorming session before it was filmed and released. Roman, the main character, is hard to connect with since he’s not exactly a complex or even interesting character. Roman is the main character and is introduced as a man that has been bequeathed a large plot of land by his late grandfather. The grandfather was known as Uncle Alecu to the locals, and it becomes a bit obvious that dodgy things are known to happen on the land, as one night Roman goes out walking and sees headlights in the distance.

The story feels less than developed and the characters might be capable of feeling as though they’re necessary, but they still don’t feel as though they push the story forward enough. Roman appears as someone ready and willing to sell the land but changes his mind throughout the story as he tries to figure out what’s going on. Samir, the local thug, and leader of a few other individuals that have been squatting on his grandfather’s land comes off as a vicious individual that is unpredictable but also not quite as terrifying since essentially he’s just a brute that knows how to keep his people in check and keep others afraid.

In a way, this movie feels like something that could have been much better had it dug deeper and created an urgency that doesn’t come across in the movie as it is. Simply trying to watch this movie requires that one pay close attention to it, and some might be a little sickened by doing this since the focus that’s given to a severed foot at one point in the movie makes it clear that the police officer that interacts with Roman and Samir is highly ineffectual but at the same time tries to do his job. When all is said and done though, this movie is one of those that feels as though it was trying to do something that might have reached people on a different level that would have caught up to them at some point and would have scared the living daylights out of the audience. But sadly, it kind of misses the mark in a big way since the title is even nonsensical after a while, and it’s fair to state that the filmmaker must have had a vision in their mind of what they wanted to do, but couldn’t find a way to accurately translate the overall message into the movie.

By the time the movie gets rolling it’s still hard to determine how much longer one might have to wait for the climax and resolution. Once those moments come it’s still hard to know what’s going on since the only way to guess is to assume that the bad guy, Samir, gets his way before he’s taken out by the aging police officer, who is in a bad way as well. To say that this movie is one of those that needs to be given the utmost attention is putting it lightly since otherwise, it’s fair to think that one might lose their place very quickly and have to rely on the broad strokes of the movie to know what’s really going on. Barring that, this movie feels like something that could have used another rewrite that might have given a little more depth to the overall movie, and it’s easy to think that another perspective would have helped in a big way. There are likely some individuals that might think that this is high art in some way, but to be fair, it simply feels like a half-hearted attempt.

There are several movies that one has to wonder about when it comes to their place on Shudder, since a few of them aren’t exactly scary, and others don’t feel like they belong on the streaming channel. It’s easy to argue that point, but at the same time, people expect most of Shudder’s material to be terrifying, horror-filled movies and shows that are bound to keep people wondering what is going to come next. Dogs is the type of movie that one might think is about to surprise them, but in truth, it kind of gets lost in its own narrative. 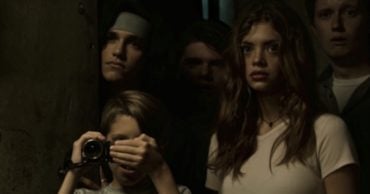 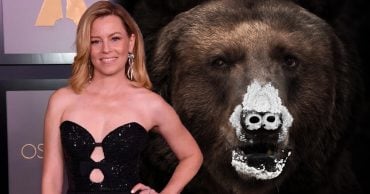 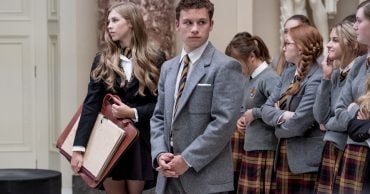 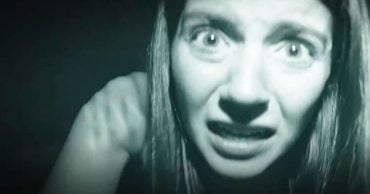 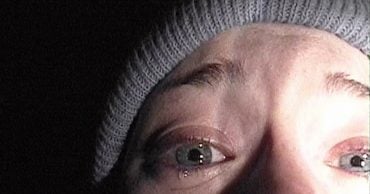 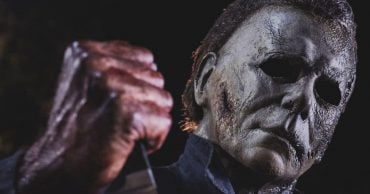