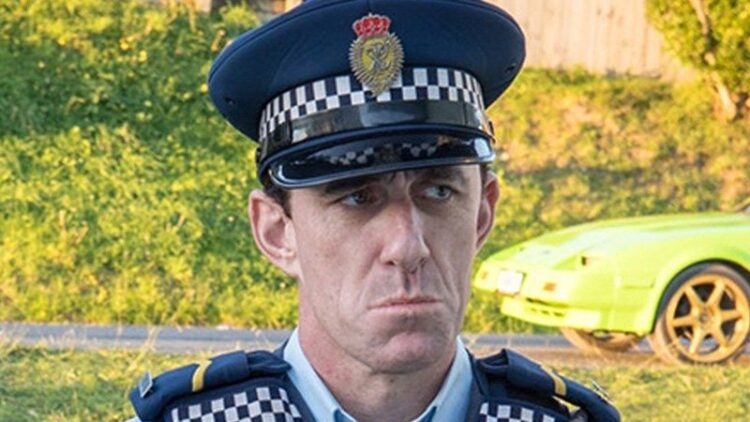 Mike Minogue has never been someone who is obsessed with being in the limelight. Still, however, the lights and cameras of the entertainment industry have managed to find him anyway. Mike is a talented storyteller who started his professional acting journey more than a decade ago. Although it took a while for things to really get off the ground, Mike has been working consistently for the last several years. Most people will recognize him most for his role as Officer Minogue in the TV series Wellington Paranormal. Hopefully, we’ll see him take on more memorable roles in the future. Keep reading for 10 things you didn’t know about Mike Minogue.

Infertility is an extremely personal topic and it’s a hard thing for a lot of people to talk about. However, Mike has been fairly open about some of the things he’s dealt with regarding his fertility. According to Stuff, Mike said, “When the doctor gave me the results I asked, how’d I go. She said, it’s zero. That seems low, I said and she told me she’d never seen zero before. But to me, that’s funny, and too good not to talk about – that you have zero sperm”. Although that wasn’t the easiest news to receive, Mike didn’t let it bring him down.

2. He Has Lots of Behind-the-Scenes Experience

Being in front of the camera isn’t the only time when Mike’s talent shines. He has also been involved in several other areas of the production process throughout his career. He has written, directed, and produced several projects and there will probably be more in the future.

3. He Hosts a Radio Show

Mike’s time in the entertainment industry has brought him lots of cool opportunities. On top of the live-action work he’s done, Mike has also stepped into the radio world. He is the co-host of a radio show called the Hauraki Big Show which airs on Radio Hauraki.

We know that Mike’s career journey has been somewhat unconventional in the sense that he isn’t someone who grew up with plans to become an actor. What we don’t know, however, is whether he ever attended drama school or had any other kind of formal acting training.

Most of us are probably used to knowing a lot more about actors than we care to. However, that isn’t something anyone can say about Mike Minogue. He has always maintained a pretty low profile and he has never been the kind of person who likes to share much about his personal life. Instead, he likes to keep all of the attention on his work.

Despite the fact that Mike is a pretty private person, we do know that he is a devoted family man. He is happily married and he and his wife have one child together. There’s no doubt that Mike’s daughter is his pride and joy and he loves spending time with her whenever he gets the chance.

Even though Mike’s daughter is technically his first child, he was a father long before she came along. Mike is a dedicated dog dad and his fur baby, Tinker, is also an important part of his life. While it doesn’t appear that his dog has an Instagram account, she has definitely become one of the stars of Mike’s Instagram.

8. He Enjoys Being Outdoors

When the weather is nice, you can usually find Mike outside making the most of it. He loves spending time outdoors whether he’s walking his dog or relaxing by the water. Those who also love being outdoors will probably agree that there’s nothing better than a good dose of fresh air.

9. He Used to Be a “Furniture Removalist”

Like lots of other actors, Mike worked some odd jobs before his acting career started to take off. One of those odd jobs was as a furniture removalist. This term isn’t used in the United States, but it essentially refers to someone who is a professional mover. Even though it was really hard work, it was something Mike genuinely enjoyed.

You never know when love is going to find you, and that’s something Mike and his wife can attest to. He and his wife met on the set of The Hobbit while they were both working on the film. Not only did that job change Mike’s personal life, but it also led to other opportunities in his career.