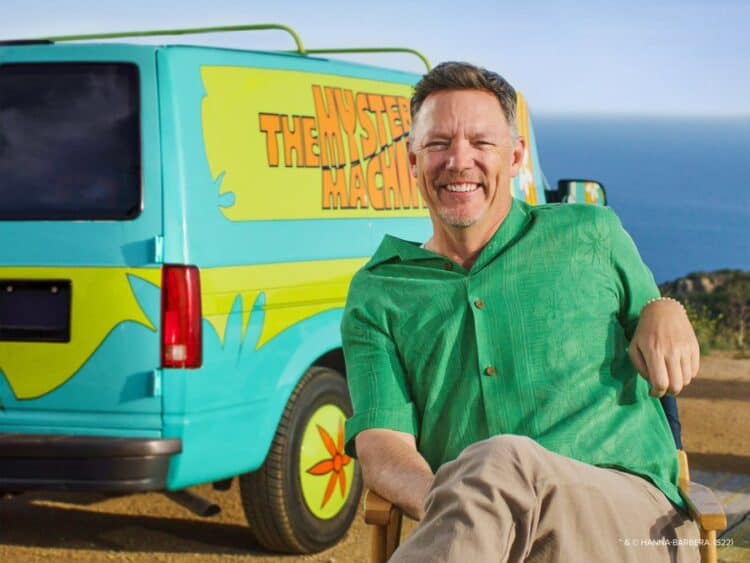 How would you like the chance to stay in a part of pop culture history for a night or two? It would appear that Matthew Lillard, aka Shaggy from the Scooby-Doo live-action movies, is renting out the famous Mystery Machine from the movies for a single night at a time. There are likely plenty of fans that would pay a fortune to spend a night in the van that was a big part of their childhood, but imagine how many people might rush to book their night when they find out that it’s only $20 a night. It might not feel as though people are going to get a lot for this kind of price, but the experience alone is enough for a lot of people to fully enjoy themselves when it comes to reliving a portion of their childhood. As of June 16th, reservations will be taken for this opportunity, and it’s not hard to think that a lot of people are going to be vying for a spot. To be able to say that you stayed the night in The Mystery Machine would be a great memory to make.

Just in case anyone was wondering, Lillard will not be making a comeback as Shaggy in another Scooby-Do movie, since at this point the actor and his fellow stars have effectively aged out of their respective roles, and it’s very easy to state that there’s not enough desire to see an adult version of the show. But it is safe enough to say that Lillard and his costars managed to have a lot of fun with the movies and were glad to be there. For some folks, the animated show will always be the real Scooby-Doo, but the live-action movies did their best to entertain the fans at the time, and they’ve been remembered by quite a few people.

Matthew Lillard has been the type of star that’s had his big, noticeable moments over the years, but he’s also been the type to fade into the background after a while, either doing smaller projects or taking on smaller roles. He’s been a lot of fun to watch throughout his career since his larger-than-life personality has made him someone that people are bound to remember. From his time in Scream to She’s All That to even an episode on Law and Order: SVU, he’s been great in just about anything he’s done, but he has managed to find himself in a couple of projects that were kind of ill-advised since they didn’t showcase his talents all that well. But despite any setbacks that weren’t of his making, Lillard is an actor that many people get excited to see since he’s usually playing the role of someone a person can’t help but love or can’t help but hate thanks to the jerk-mode he can switch on effortlessly at times. This has been seen in several of his movies, but one of those that was released a while back was Trouble With the Curve, which starred several other big names that were great to see since they were there to put Lillard’s character in his place, which was a positive move since his character was kind of an arrogant jerk.

But seeing Lillard as someone that’s in the movie to actually provide support, in a way, fun since his time as Shaggy was almost spot-on in the eyes of many fans. As the guy in the group that was best friends with the Great Dane, whom the show was named after, Shaggy was usually the scaredy-cat that was constantly hungry and didn’t want to take any risks whether they were needed or not. But he was still a part of the group and, more to the point, he was one of the characters that people enjoyed quite a bit since he and Scooby tended to get in a lot more trouble than the rest of the group somehow. This chance to sleep in The Mystery Machine is the kind of chance that a lot of us would have loved to have back in the day when we were still kids, back when the interior would have felt cavernous compared to today. But it’s still a worthwhile opportunity to be fair, and one that a lot of fans might be looking at.

The fact that it’s Lillard who is offering this opportunity means a lot since he’s one of the many actors that people have connected with over the years in terms of his characters. In all fairness, he’s taken on several roles that haven’t been given enough respect. But at the same time, he’s nailed every role he’s been given, and his time as Shaggy was great since he was one of the most perfect individuals to take on this iconic role. It might be worth shelling out $20 for a night in the back of a van.