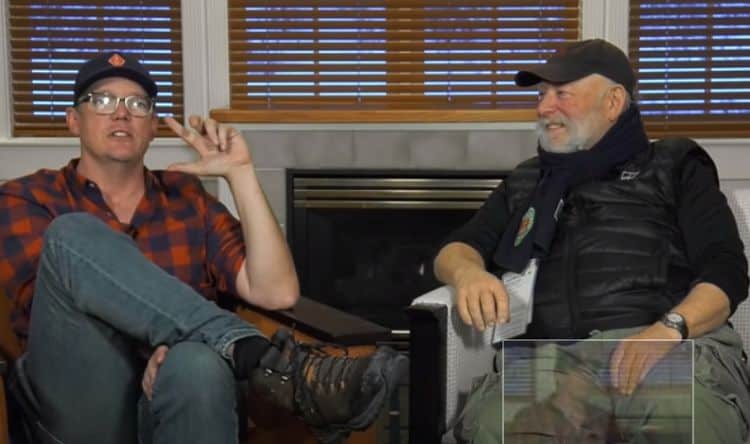 Matthew Lillard is one of the actors in Hollywood that feels as though he’s never been fully utilized in a way that might allow him to realize his full potential. In a lot of ways, it feels as though he’s been typecast in a way that’s kept him down a bit throughout his career, such as the idea of casting him as the kind of guy that you just can’t trust, be he a popular or kind of self-obsessed character. But as Shaggy in Scooby-Doo, he was definitely cast for the right role since when he was younger he exemplified the character in a big way in that he was tall, skinny, and yes when he put on the outfit he looked a bit like a pothead that might continually have the munchies. But it was a perfect role since he could also do the voice of Shaggy in such a perfect way, but learning how he made it happen is rather funny and might have made someone wonder about his mental stability at first glance. Of course, when you happen to see anyone yelling and screaming at the top of their voice in their car, alone, you might end up thinking that something is wrong and either going over to check on them. Or you might just walk away and hope that they sort it out.

As he describes though, the whole reason for the yelling and screaming was that he was doing his best to attain the scratchy quality that Shaggy’s voice has and thought that yelling his voice into submission would be the best idea. There are a lot of other ways to get that scratchy quality to one’s voice, but a lot of them are prone to harming the vocal cords in a big way, as Lillard has obviously done over the years just listening to his voice, but it’s also likely that any other methods weren’t available to him at that point. But actually doing physical damage to your body in any way to get a part isn’t uncommon in Hollywood obviously, though it’s something that might make people shake their heads since there are almost always ways to attain the same effect without having to go through that kind of pain. The advice he gives in the video above is probably far better than what he did initially since it’s possible that he did a good amount of damage to his vocal cords in the process and is now paying for it as he gets older. But hey, he did what he had to in order get a role, one can’t really fault him for that.

Matthew is someone that a lot of people feel has been given roles that weren’t always the worst but also weren’t the best since he’s been cast as a very anxious kind of character a lot of times. Stu from Scream wasn’t that bad, but he was definitely manic in his actions quite often, and was kind of all over the place with his emotions at times, as though he was a bundle of energy that just needed to burst at any given moment. Then there was his role in She’s All That with Freddie Prinze Jr., where he played a former member of The Real World that essentially stole the girlfriend of Prinze’s character and eventually turned out to be a huge sleaze. His role in 13 Ghosts is almost negligible, though he did have a pretty killer scene before his character was bludgeoned to death and nearly broken in half by one of the ghosts. His time in Trouble With the Curve put him in another jerk position opposite Clint Eastwood and Amy Adams, so it’s fair to say that he’s been typecast as a certain type of character for some time. He even had a role on Law & Order: SVU, along with Carol Burnett for an episode, and he was kind of a sniveling character there as well. Perhaps that’s the kind of character he’s most comfortable with, but there are times when one can’t help but wonder why this is the most prominent type of character that he plays.

He is a good actor. Saying he’s great might be pushing it just a bit, but he’s effective at what he does and he’s the type of actor that is able to get the audience against or for him, and as a result, he’s a very useful person on the set and can take on a character that a lot of other people might have trouble with. The work that he’s done in the past has been great for the movies that he’s been in, and as Shaggy, he was definitely the right pick. But seeing as how his voice might be a bit messed up at this point it does feel pertinent to tell people to NOT yell and scream to alter your voice.