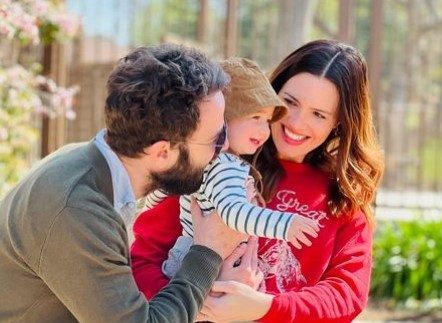 Mandy Moore spent six years of her life on the set of This is Us, playing Rebecca Pearson’s role. When the show aired its final episode in May 2022, it was time for her and the rest of the cast to move on. “Nothing will ever hold the same place in my heart as This Is Us. And, quite frankly, nothing will probably mean the same thing to the world in the way that that job did,” she said after the show ended. It’s been a beautiful ride for the lovely star, but what do you know about the young woman whose been making a name for herself in Hollywood for decades?

Mandy Moore is young. She’s only 38. She was born on April 10, 1984, and grew up at the most incredible time. She grew up with her mother and her father, her siblings, and she lived in what was a relatively average household for her. Her mother was a reporter, and her father worked as a pilot with American Airlines. Her father was gone often, and her mother often worked, but her childhood was good, if not slightly different from a traditional 9 to 5 working family.

This is where her life is a little tricky. People believe she is from Orlando, Florida, but she is not. She was born in Nashua, New Hampshire. However, she left the area when she was only two months old. We should state that her family moved from the area. Her father’s job moved them to Orlando for his work, where she spent her childhood. She graduated from Bishop Moore High School.

3. She is the Middle Child and the Only Girl

Growing up for Moore was interesting. Not only is she the middle child, but she’s also the second child. She’s also the only girl. She has an older brother and a younger one. She wasn’t the baby, but being the only girl is a way to have a soft spot in your parents’ eyes. She had protection from her brothers, who probably fought with her left and right – but other people weren’t allowed.

Before anything else, Mandy Moore is a musician. She didn’t make it nearly as big as some of the other pop stars of her age range and day, but she was put into a hard place. She was introduced with her first single in the same timeframe as stars such as Christina Aguilera, Jessica Simpson, and Britney Spears. They were such huge names that her name was constantly compared to theirs, and she just did not have the same star power at that age. She was too young, too innocent, and didn’t have the same appeal as these three, even if she’s equally talented as a singer.

5. Her Grandmother Inspired Her

Her own grandmother is the woman who inspires her the most. Growing up, she looked up to her tremendously. When she became serious about a future acting career, she called on her grandmother for advice. Why would her grandmother have the kind of advice she needs? Her grandmother, Eileen Friedman, is a professional ballerina. She was based in London, but she knew showbusiness. 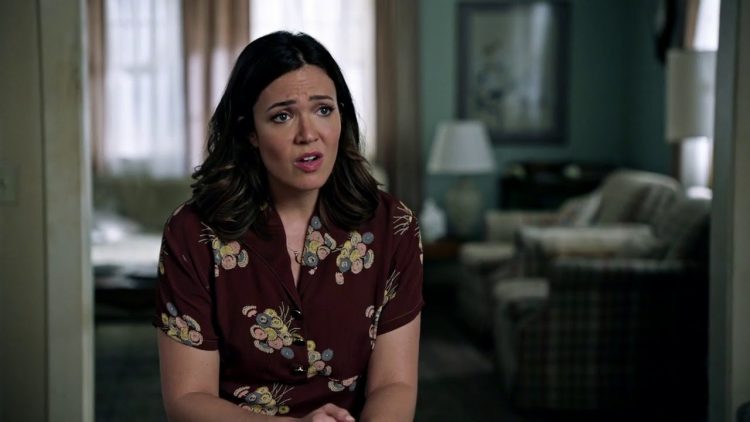 6. She toured with Big Names

Her dreams of being a pop star were coming true when she was a teenager, but most people might assume the best part of her pop career was the bands she toured with. She toured with N’Sync and Backstreet Boys. Yes, she did, and no, we can’t think of anything better than that as someone only a few months older than Moore.

Moore has a busy dating life. She spent several years with Zach Braff before ending their relationship in 2006. She married Ryan Adams in 2009. Their marriage lasted until 2015. She filed for divorce and said that things were very respectful between them. However, it later came out that he emotionally abused her, and things were not okay.

Okay, so she’s not a new wife. She married her husband in November 2018. His name is Taylor Goldsmith, and he’s a man in a band. She likes musicians. Her first husband was also a musician in a band. She and her husband are expanding their family. They welcomed their first son in 2021, and she announced in 2022 that she was expecting a second baby. Congratulations to their little family. 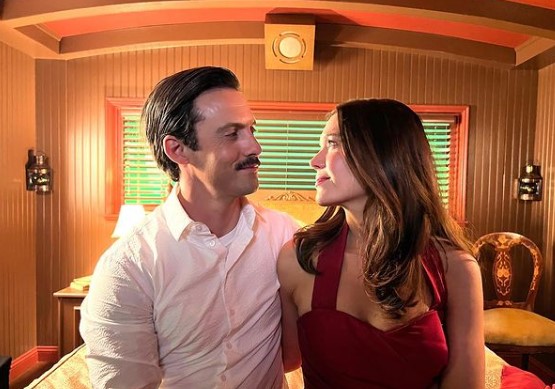 9. Her Ex-Husband is Accused by More than Just Moore of Misconduct

Mandy Moore claimed she divorced her first husband because of his emotional abuse. Other women state that his abuse goes further than just emotional. In fact, singer Phoebe Bridgers accused him of sexual misconduct. Another young woman provided more than 3,000 text messages from Adams sexual in nature that occurred when she was only 15, and he was well aware of her age. According to his accusers, he’d use his standing as an artist to help young women further their careers.

10. Her Friends Adore Her

It turns out that she’s got many friends, some of whom are her former costars. In fact, Moore’s This Is Us costar, Chrissy Metz, is frustrated for the star. She said she’s frustrated that Moore was not nominated for an Emmy for her work on the show. She said people don’t realize what it takes for her to do what she does on a daily basis, and she felt Moore deserved the nomination.