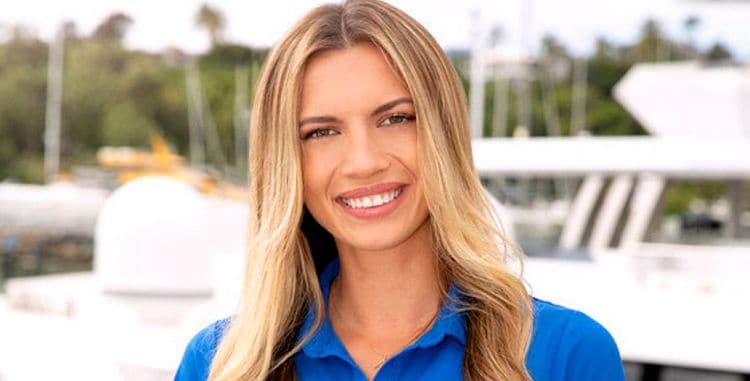 Magda Ziomek is not a household name, but she will be. She is part of the new crew and cast of the show Below Deck Down Under, and she is making a name for herself. She’s part of a new crew that is comprised of some seriously good-looking people – and that is what fans and the media are focused on right now – and she is here to entertain us with her new job in the luxury yacht world. Fans want to know more about the reality television star, and we have a lot to share with you if you just pay attention. Here is everything you need to know about Magda Ziomek before you begin watching.

When it comes to the world of yachting, she works as a stew. She is not a captain or the person in charge of anything, but she has a specific job and she knows she has to do it well. We will find out on this season of the show whether she is able to do it well, or if she is one of those who likes to party too much to bother with her job.

2. She is a Fashion Model

When she is not yachting – which is a job she does off and on – she is modeling. She’s been in the yachting industry for approximately 3 years. She works with many fashion labels and brands, and her career is a successful one.

3. She Found Yachting on Vacation

While traveling through Italy and working as a model, she came across the world of luxury yacht charters, and she fell hard. Because she is an avid traveler and loves to see the world and try new things, this world appealed to her on a deep level. She knew then and there she was ready to take advantage of what this world had to offer her, and she went with it.

4. She Lives in Mexico City

When she’s not working on a yacht, traveling, or modeling, she’s calling Mexico City her home base. She loves it there, but she’s rarely there. She spends most of her time traveling. She loves seeing the world, but she frequents cities such as Los Angeles and Paris, and Berlin is another city she’s fond of.

Magda does not let life happen to her. She makes life happen for her. She takes it by the horns, she does what she does, and she makes it her own. She’s a woman who respects the world, and she doesn’t take a thing for granted. Whether she is doing big things or having a moment of quality time without much of anything going on, she appreciates all the moments that life offers her.

6. She is into Extreme Sports

Something she really enjoys when she is not working is taking part in extreme sports. She loves to do things like snowboarding and skiing, she is a huge cycler, and she is into surfing. No matter where she is in the world. she will find something amazing to do with her free time.

7. She Had a Boyfriend

It’s not easy to be in a relationship when you work in this industry. You are constantly away from one another, not always reachable, and you are living in very tight quarters with people of the opposite sex who both work with you and who are on the yacht for a good time. When she began filming, she made it clear she and her boyfriend had been together for around five months and that he is her ‘for now soulmate,’ which tells us it might not be that serious.

8. She is Likely Single

Because the world is curious if her boyfriend lasted through her 2021 filming, we are going to say no. Magda has neither confirmed nor denied any of this, but she has not been seen in a photo with him since 2021, and they do not follow one another on social media. So, likely, no; they are not together.

At the end of the day, she’s having a good time, and no one will stop her. She seems like she will cause a little bit of speculation, maybe a little drama, and she will likely pull in a lot of fans. Her life seems to be centered around a good time.

She does share a lot of her life with the world, but she is also a woman who is sort of private. She hasn’t spoken about her relationship – or former relationship if we are accurate – she doesn’t share much about her home life, her family, or her personal happenings. She is all about work, modeling, and traveling, and those are the things she likes to share with her fans. That’s kind of it.