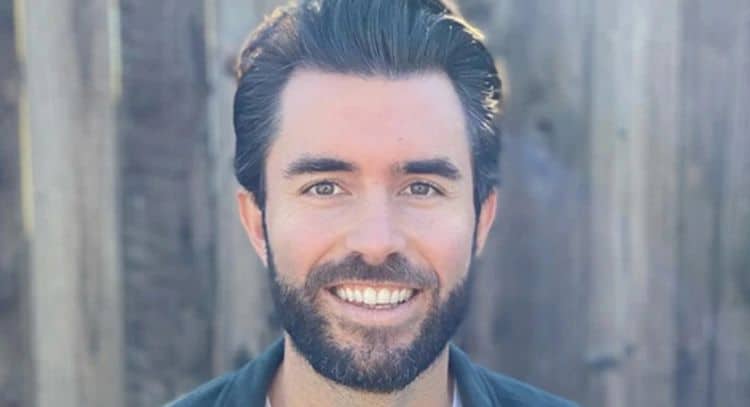 Justin Budfulokski is the kind of man people might not assume has a difficult time finding love, but here he is. He’s a man who hasn’t found the woman of his dreams, yet, but he’s still looking. In fact, he’s currently filming the upcoming season of The Bachelorette, and he is hopeful he might find the one. Since there are reportedly two women who will be looking for love this season – for the entire season, at that – it looks like his chances of finding love might be good. Here is what we know about this young man.

1. He is a Business Owner

This is something that the woman he is looking to date might enjoy. He’s a man with a successful business of his own, which tells them that he is motivated and he is not afraid of hard work. He owns a company called Symmetry of Motion.

2. He is a Personal Trainer

He is also a personal trainer. In fact, the business he owns is a business that allows him to train his clients and those who want to find a healthier life and a better lifestyle. His business is something that is highly personal to him, and he takes his job as a trainer seriously.

He is in his 30s, but he is not one of the older men on the show this season. While we aren’t sure which man is the oldest, we have seen several men come through who are all 35 or older, which means that at the tender age of 32, he’s not the oldest.

4. He is a Californian

He is a man who lives and works in California. He and his business are both located in Solana Beach, California, which is a pretty great place to live. It’s located in San Diego County. Since he owns a physical business, we imagine it would be difficult for him to move to be with a woman, so he might be interested in finding a woman who is comfortable coming to Southern California to be with him.

Literally, he is private. His accounts online are all private, which means that he does not want the entire world to know anything about his life. However, he will share some of it on national television when he goes on to share with us what he’s up to, what he’s looking for in a woman, and who he is.

6. He Considers Himself a Lover

When asked if he considers himself a lover or a fighter, he immediately chose a lover. He is not the kind of guy who likes to deal with conflict. He’s not into drama. He’s not into the unnecessary aspects of life, and there is nothing wrong with that. We aren’t sure he’s in the right place to avoid that on reality television but to each his own.

7. He is an Optimist

He likes to see the world from a pair of optimistic eyes. He sees the good. He sees the lovely. He is happy, and he also hopes to find someone who will do the same. He wants a woman who has an open mind and who loves to do things exciting but also maintains a sense of calm in life.

He’s in good health, and he hopes that the woman he spends his life with is also into the same thing. He’s not asking for a bodybuilder, but he wants to see someone who can live alongside him prioritizing good health and a fit and toned body. He’s not wrong – health is the best gift you give yourself.

9. He’s in the Health Field

When he’s not looking for love on national television, he’s busy working. He’s a physical therapist, and this is one of the reasons that good health is so important to him. He sees day in and day out at work the effects of an unhealthy life versus a healthy lifestyle, and he knows how to make things work the right way for himself. He’s good at what he does, and his job brings him a lot of joy.

If he could do anything in the world, he would get an old van. He’d load it up with what he feels he needs, and he’d hit the road. He’d travel the country in his van, and he’d make the most of it every chance he had. He might make this a reality at some point.