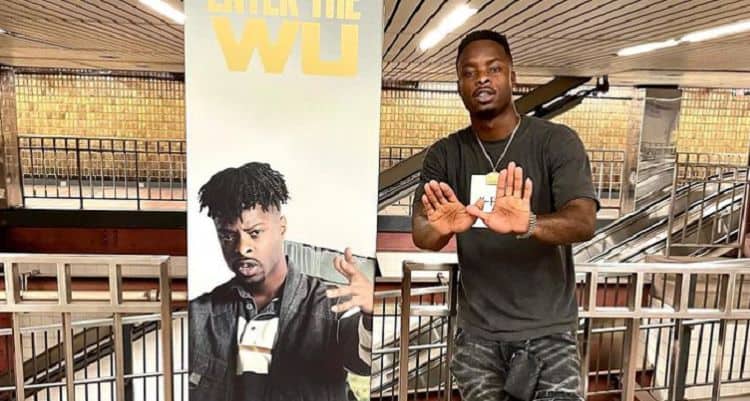 The last few years of Johnell Young’s life have been a whirlwind but in the best way possible. He went from a relatively unknown actor to someone with a fast-growing fan base full of people from all over the world. In 2019, he was cast as Gary Grice AKA GZA in the Hulu original series, Wu-Tang: An American Saga. The role exposed Johnell and his talent to countless people and it has become the perfect opportunity for the rising young star. Johnell doesn’t have any new projects coming down the pipeline, but it seems very likely that we’re going to be seeing a lot more of him on our screens. Keep reading to learn 10 things you didn’t know about Johnell Young.

Even before being cast in Wu-Tang: An American Saga, Johnell already had a connection to the legendary rap group. He was born and raised on Staten Island which is where many of the members of the Wu-Tang Clan are from. As a result, he was very familiar with the group before he auditioned for the role.

Unfortunately, we weren’t able to track down any information on what inspired Johnell to get into acting. We also didn’t find any details on whether he underwent any kind of acting training. Even though we do know he went to college, he didn’t focus his studies on the arts.

3. He Formed Strong Bonds With His Cast Mates

Most people spend more time at work than they do anywhere else, so it’s always nice when people who work together get along. This is something Johnell was thankful to experience on the set of Wu-Tang: An American Saga. He and the rest of his castmates built good relationships and really enjoyed working together.

4. He Got His Part In Wu-Tang: An American Saga Through Social Media

Over the last 10 years or so, social media has become an extremely powerful tool. Being active on social media can lead to great opportunities in real life and Johnell knows this first hand. When asked how he got the opportunity to audition for Wu-Tang: An American Saga, he told BlackFilm.com, “I got the role through social media. I has seen a post up on social media that they were looking for actors to play these rappers and the rappers happen to be from my hometown city of Staten Island, New York. That sparked my interest immediately and I sent out emails to the casting director, letting her know who I am why am I interested in auditioning. ”

5. He Was A College Basketball Player

Acting is Johnell’s main focus now, but there was a time where sports were the most important thing in his life. Johnell attended Clark Atlanta University where he was a member of the basketball team. His goal was to make it to the NBA, but he went undrafted after entering the NBA draft in 2015.

No matter what Johnell is doing, he wants to make sure he looks his best in the process. Johnell has a good eye for fashion and he loves being able to express his creativity through his clothing. He isn’t afraid to try new things when it comes to his outfits and he knows how to pull off a look for any occasion.

Johnell has gotten some great opportunities during his career, and one of them was the chance to do some voice work in the video game NBA 2K20. In the game, he voiced a character named Bertie Barnett. We aren’t sure if he has plans to do more voice acting down the line.

8. Playing GZA Has Been The Most Rewarding Experience Of His Career

At this point in his career, Johnell has nearly a dozen acting credits, but none of them mean more to him than Wu-Tang: An American Saga. While talking to Sheen Magazine, Johnell shared that playing GZA has been the best experience of his career so far.

9. He Believes In The Power Of Manifestation

There are some people who believe that life is something that happens to them. Others, however, believe that they have the power to create the kind of life that they want. Johnell is someone who believes in the ability to manifest things. Essentially, this means asking the universe for the things you want and being ready and willing to receive them.

As a young and successful actor, Johnell is trying to enjoy every minute. He’s all about making memories and having new experiences and traveling has given him the perfect way to do that. He’s already gotten the chance to visit some great places, and there’s no doubt he will be adding more to the list.