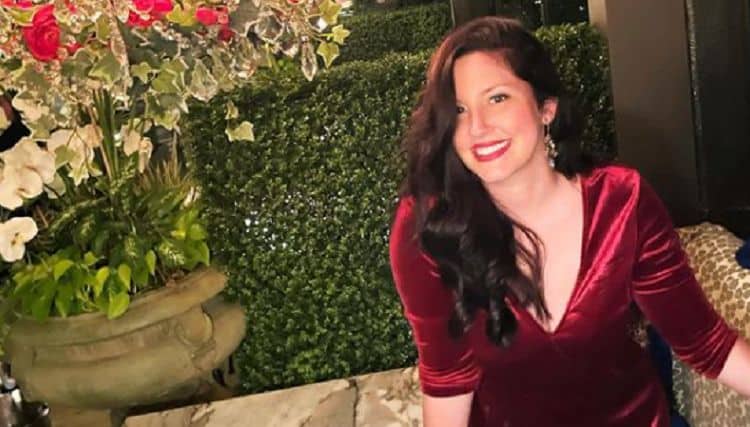 Getting to know someone for a while before committing to a relationship is generally considered the best approach to take. However, after years of trying to do things the ‘normal’ way, Lauren Chamblin decided it was time to do something different. In 2020, she appeared on a dating show called Love is Blind in which cast members spent 10 days in an intense speed dating process. However, the catch was that they weren’t allowed to see each other’s faces unless a proposal was made. Although Lauren didn’t find love on the show, she eventually ended up with one of her castmates, Mark Cuevas. Although it appears the two have gone their separate ways, Lauren isn’t letting a breakup keep her down. Keep reading to learn 10 things you didn’t know about Lauren Chamblin.

Once some people get a taste of reality TV, they decide to turn it into a career. However, it appears that even though Lauren has gotten lots of attention since being on Love Is Blind, she is still working a regular job. She is currently a national sales recruiter for a company called Premiere Onboard. Prior to that, Lauren worked in marketing.

2. She Hosts A Podcast

Since being on the show, Lauren has continued to find ways to stay in the entertainment field. She is the co-host of a podcast called Permission to Enter. According to the show’s description, Permission to Enter centers around “in depth discussions with experts on communication, relationships/dating, modern spirituality, health, personal development, parenting, dating and more”.

Like lots of other people, Lauren didn’t end up working in the field that she went to school to study. According to her LinkedIn profile, Lauren earned a bachelor’s degree in theater from Young Harris College. As far as we know, however, she doesn’t have any professional acting experience.

Traveling can truly be a life-changing experience. There’s something special about getting to experience other places and cultures. Lauren is an adventurous person and she really enjoys traveling. She has gotten the opportunity to visit places across the United States and in other parts of the world. Whoever she ends up with is going to have to have an adventurous side as well.

All of the pet parents out there know how special the relationship between humans and animals can be. Lauren is glad that she has gotten to experience this first hand. She has an adorable cat who has made several appearances on her Instagram profile. Dog lovers will be happy to know that she has love for the pups, too.

6. She Isn’t Afraid To Stand Up For What She Believes In

Taking a stance on issues that are deemed controversial isn’t an easy thing to do. However, Lauren has shown that she isn’t afraid to speak out when it comes to the things she believes in. She has used her platform to show her support for things such as LGBTQ+ rights as well as the fight to end racism.

Those who are fans of Lauren’s will be happy to know that they can connect with her directly. She records and sells personalized video shoutouts through Cameo. She isn’t taking any new orders at the moment, but those who are interested can sign up to be notified when she is back in action.

8. She’s Still Friends With Some Of Her Love Is Blind Castmates

Even though she didn’t find the kind of relationship she was looking for on Love Is Blind, she still formed some important connections that will probably last for the rest of her life. During an interview with Sarah Scoop, Lauren said, “I’m probably the closest with Diamond…Lexi is one of my really good friends…there’s a lot of people I am still really good friends with”.

Social media has made it easier than ever for people to extend their 15 minutes of fame. In addition, to being active on Instagram, Lauren also has an account on TikTok where she posts a variety of videos. She currently has less than 800 followers and her videos have gotten 2,220 likes.

Lauren is all about being comfortable in whatever she wears, but she likes to look good as well. She has a great sense of style and she isn’t afraid to get creative with her outfits. From getting ready to formal events to nights out with her friends, Lauren is going to pull up looking her best.