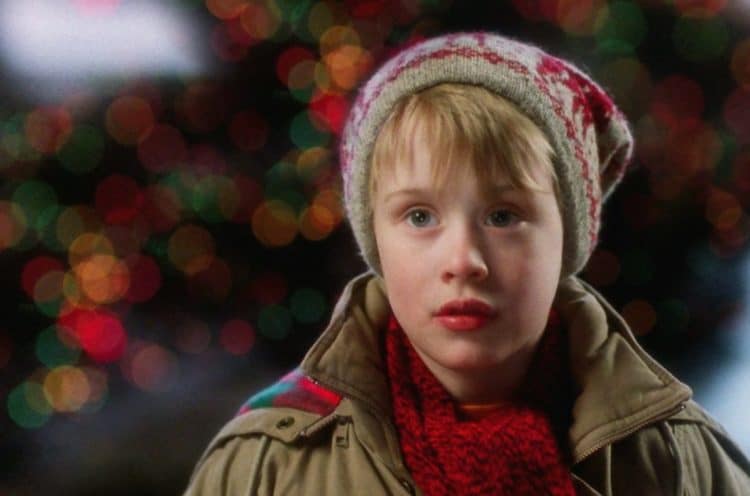 In nearly four months, a reboot to the movie Home Alone is set to premiere on Disney Plus. Titled, Home Sweet Home Alone, the film stars Ellie Kemper, Archie Yates, and Rob Delaney. Rewinding back to 1990, the original Home Alone hit theaters on November 16, 1990 and the film was a smash hit with audiences, making nearly $500 million worldwide throughout its theatrical run. Of course, the stand-alone film was turned into a franchise, with five films in total. The most successful Home Alone films starred Macaulay Culkin as Kevin McCallister, who is mistakenly left home as his family heads off to Paris. The 8-year-old’s paradise turns into hell when two con men try to rob the McCallister residence.

It’s up to Kevin to protect his family home. The original is considered a Christmas classic. This time, the remake is a kid named Max Mercer, though the premise of the film remains the same. Home Alone is by no means a perfect film; however, it’s a fun holiday movie that both kids and adults can enjoy. While a Home Alone reboot is completely unnecessary (like every other reboot) the film is coming out regardless of anyone’s objection. As previously stated, the original movie is by no means perfect, thus the reboot has a chance to fix some of the flaws that ultimately hold back the original. Let’s discuss the ways that the remake can improve upon the original.

Do you know the trope in horror movies where cell phones magically lose their signal? It’s a tired trope, but at least it addresses the issues of the victims not being able to call the cops with ease. Unfortunately, the original never even touches on why Kevin doesn’t simply call the cops. This is easily the biggest plot hole of the 1990 film and if the filmmakers took the time to give a reason why Kevin just doesn’t call the cops then the movie would be better for it. Home Alone does a good job of showcasing how Kevin’s family forgot him, but the hijinks and shenanigans are given the focus in favor of logic and reasoning. Thanks to Macaulay Culkin, Joe Pesci, and Daniel Stern’s energetic performances, it’s easy to overlook the major flaws of the film; however, Home Alone’s momentum does slow down when such a simple solution isn’t addressed.

Let’s be honest, almost everyone in the McCallister family was mean. Kevin is unfairly blamed for the debacle in the kitchen and even before then, none of the family particularly comes across as likable due to their treatment towards the 8-year-old. Yeah, yeah, I know, that whole build-up was to paint the picture of how much of an outsider Kevin is, but the problem is that it doesn’t feel like the family truly loves him. The story wisely touches on the importance of family and the reunion moment between Kevin and his mom is indeed heartwarming; however, everyone else coming back home to celebrate Christmas with Kevin doesn’t feel genuine. The film doesn’t need to have every member of the family like Max; In fact, the dynamic between Kevin and Buzz felt real from beginning to end. However, let’s scrap the Uncle Frank-type characters (seriously, who calls a kid a little jerk for a mistake?) and showcase the love between the family members. That way, the emotional connection between Kevin and his family will feel earned when they reunite towards the end of the film.

Max Shouldn’t Come Across As A Psychopath

Have you read some theories on how Kevin McCallister grows up to be Jigsaw? Sounds crazy, right? In truth, it isn’t. There’s nothing dark or controversial about Home Alone; It’s a zany family film but there’s no denying that Kevin is a little psychopath. Kevin does appear to relish the fact that he’s hurting the two bandits. Does the constant hijinks of Kevin hurting Marv and Harry ruin the film? No, but it does become repetitive and tiresome. Just like the cell phone issue, the film does need to explain why Kevin doesn’t simply go over to a neighbor’s house for safety. That means the bandits should be more of a threat than Marv and Harry. On the surface, the plot is paper-thin and when your antagonists are not a threat then the momentum of a film is derailed. The robbers need to find a way to prevent Max from escaping the home instead of being worthless bumbling idiots. Max needs to find clever and fun ways to escape the constant danger presented in front of him. That way, the film never loses steam due to the constant challenges in Max’s way. Also, the gags and traps won’t become repetitive and tiresome because of these changes.