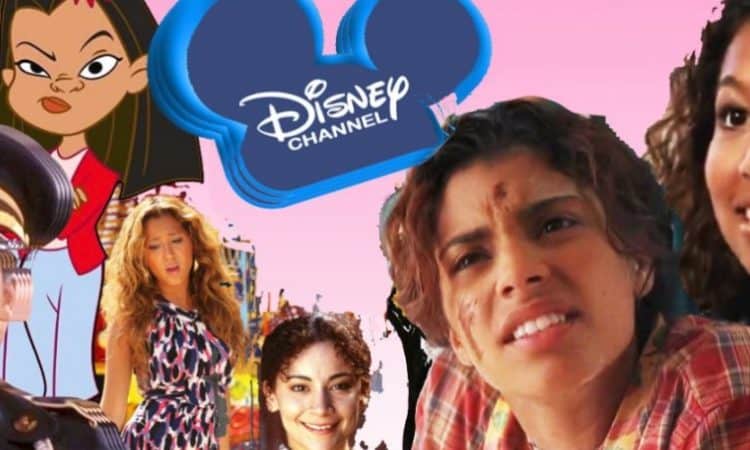 Honestly when it comes to kid movies a lot of parents might suddenly find things to do since such films aren’t always their style and don’t offer enough of a challenge in the intellect department because, well, they’re made for kids. But either Disney has been wising up with their original movies or they’ve decided to stop being cute all the time and are of the mind that making movies that adults want to watch as well is more marketable. Whatever the case it’s a strategy that seems to work since the movies aren’t always up to adult caliber but they’re still just fun enough and have various themes that adults might want to teach their children that make them worth sitting down to watch the entire way through. The fact that Disney has decided to make them this way is a step in the right direction for the company, at least when it comes to TV.

Here are just a few of the more popular Disney TV films.

Let’s face facts, a lot of parents and kids don’t think that the other would ever understand their lives if given the chance. In fact, both are right since despite having been there, done that, each kids life is a unique experience that many parents can’t seem to understand fully, while most kids aren’t equipped enough yet to really deal with the adult responsibilities that they have to embrace. The truth is that both are better off when they listen to one another and communicate in a way that allows for ideas to be shared and feelings to be passed between them without any preconceived notions that might come from experience.

4. Tangled: Before Ever After

I don’t know about anyone else but Tangled was a cute and engaging movie that was highly enjoyable and watching it with one’s kids is something that counts as a real pleasure. The cartoon movie is no different since it brings back the same characters and allows them to continue the adventure between the ending of the film and the happily ever after story that so many people love to leave things with. Besides that, while her hair shouldn’t always be her only defining trait it seems to have been a stroke of genius to bring the golden locks back for a while, though making them even stronger than before is a different idea that adds in a level of intrigue.

Imagine if the villains we grew up with as kids, had kids of their own. Now imagine that those kids had never left their side and had grown up to be every bit as insecure and as vile as their parents and you’ll have an idea of what Descendants is all about. When the children of the heroes of the story start to move towards accepting these kids however things start to happen as the supposed bad guys are integrated into high school and begin to realize the truths they were never told about the stories that gave rise to the legends that their parents became. If nothing else this is entertaining because it deals with a big ‘what-if’ moment.

There’s been a huge zombie craze for a while now when it comes to movies and TV and Disney finally decided to cash in on it. Of course they can’t really show anything in the style of Romero but they can at least give a more PC version of zombies in that they’re capable of becoming more human if they have a mechanism that allows them to quell their otherwise murderous urges to feed. But given that they’re still the undead it’s kind of hard to accept this until you realize that kids have actually locked onto this show and find it entertaining. If nothing else it allows them to get into zombies without all the blood and gore.

How cool would it be to visit a town where every day is Halloween? In this holiday favorite a young girl finds out that she comes from a family that is heavily steeped in magic and that the world her grandmother lives in the many different creatures that are seen on Halloween are very real. Of course there’s going to be a big bad that wants to dominate the human world by allowing Halloween to rule supreme and of course the main characters have to stop him. It’s one of those old fables that pits good against evil as happens so often in movies, but in this manner it has a lot of fun taking the audience through a world where the legends they grew up with become a reality.

Enjoying a movie with your kids is actually quite nice and yet sometimes it’s a bit difficult finding the right movie that’s okay for everyone. But Disney has managed to create several movies that are easy to watch and pretty amusing.