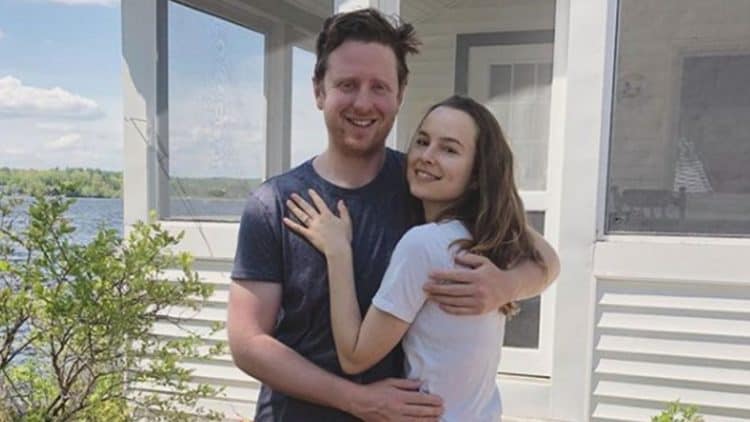 When you grow up on national television, you earn a few fans. When you grow up on national television as a Disney Channel star, you earn a lot of fans. Despite the fact that young Disney star Bridgit Mendler has managed to move on past the Disney child star stage and into a completely successful adult career in the acting business, she still has a lot of young fans – and a lot of new ones. The former Disney star is now a married woman, and she is so excited to share her husband with the world (to an extent, of course). Her husband is Griffin Cleverly, and we can share what we know about him.

They didn’t just get married, but they are still in the newlywed phase of life. They got married in the fall of 2019, and they were so excited about their intimate beach wedding. Only a handful of close friends and family were invited to share their big day, and that has worked out very well for them. They loved every moment of their small wedding.

2. He’s Been with Mendler for Many Years

This couple got engaged in April of 2019, married a few months later, and they’re currently still enjoying their marital bliss. However, they have been together for around 5 years now. They dated more than two years when they got engaged, and that means that they were likely dating around the beginning of 2017 – almost five years give or take a few months either way.

His wife calls him a deep thinker. This is not a bad thing for anyone. He likely takes things to heart. He probably does not make rash decisions or thoughtless decisions. We’d imagine he is reasonable and relatively calm, and he probably loves to contemplate the many things he has going on in life.

If we just made him sound serious, let us digress. He might be a deep thinker, but Mendler also calls her husband a goof. He’s likely a good mixture of serious but fun, and it sounds like the two of them have a great time together in their marriage and prior to it.

5. He is a College Graduate

6. He Works for Lockheed Martin

When he is not busy with his famous wife, Griffin Cleverly – or Griff, as his wife calls him – works for Lockheed Martin. It seems as if he has been with the well-known company since approximately 2018. Where he works and in what capacity are unknown to us.

7. He Worked for MIT

Prior to taking a position with Lockheed Martin, it seems that Cleverly worked with another well-known company. He was a research associate at none other than MIT. If you are unfamiliar with MIT, it’s the Massachusetts Institute of Technology.

Bridgit Mendler is well-known for her many famous roles on television and with Disney, but she’s not known for being super public. She has always done a lovely job of keeping her life as private and out of the spotlight as possible, and it would appear she chose a husband who likes to enjoy his own life the same way. They are very private, and they don’t share too much, but they do share enough.

9. Their Wedding Was Magical

Both said in interviews in the past that their wedding was magical. There was a sunset, there was the sound of the ocean waves rolling on the sand, the sound of their friends and family gathered together, and they had one another. Honestly, we cannot think of anything better than a wedding so lovely as this one.

Griffin Cleverly is a man not much older than his wife. He was born in January of 1991, which means he just celebrated his birthday in 2021. He left behind his 20s and entered into his 30s, which is said to be the best decade of your life. There is so much to be learned from your 20s and applied in your 30s, and there are so many things that make this decade a magical one. Here is to a happy decade, a happy marriage, and a happy life doing what he loves to do the most.