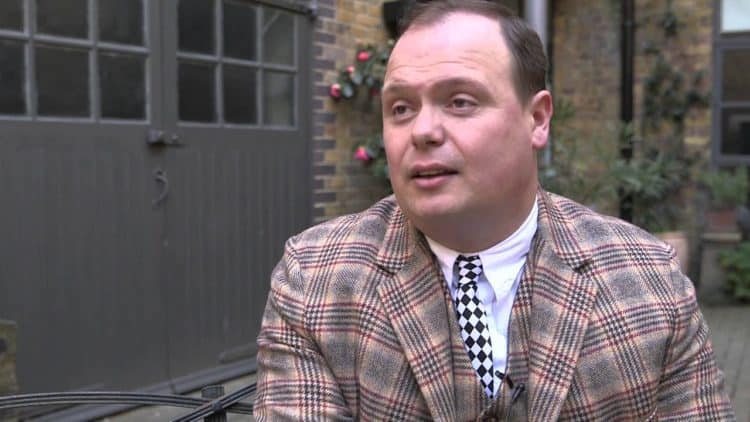 Growing up, most people have a general idea of what they want to do with their lives. They know whether they want to go to college or trade school. They know if they want to be married and have a family. They know basic things, and we have a feeling that actor Gavin Spokes knew early on that his future included acting. His successful career is something he takes a great deal of pride in, as he should. He’s not only conquered the stage, but he’s also been in some of the world’s most popular television shows, and he has a face almost everyone can say, “Hey, I’ve seen him before,” when he’s in a project. Here’s what you should know.

He’s a born and raised Englishman. He was raised in the United Kingdom, and he spent his life there. He knew early on that the arts were something that interested him significantly, so he’s been focused on that much of his life. We don’t know, however, how old he is or where in England he is from.

The thing about this actor is that the theater is what has called him more than anything. He’s been a theater actor first and foremost, and he’s even earned awards for his stage work. He was nominated for an Olivier Award in 2016 for his work on the hit production of Guys and Dolls, which is a huge deal.

3. He Studied the Arts

We mentioned he’s known a long time that his calling is in the arts, and we were not joking. He even studied the arts in college. He was a student at the Liverpool Institute for Performing Arts, which is where he received his acting training. It did him well, too.

4. He is A Television Actor

He may be famous in the theater circuit – and for a very good reason – but he is also a television actor who has appeared in some seriously well-known shows. He’s been part of the Hollyoaks cast. He also starred in Utopia, and he has been in plenty of other shows. This is why he is so familiar to so many people.

Everyone can sing. Not everyone can sing well, though. He is one of those talented men who can not only sing well, but he can also sing specifically. As non-trained singers, we aren’t even sure what it means, but he is a skilled baritone and a skilled tenor. That sounds impressive.

When he’s not busy working or doing this thing on the stage, he’s watching sports. He’s an avid follower of sports such as rugby and cricket. He has his favorite teams to cheer on, and he is a huge follower of both sports. We are, however, unclear if he participates in either.

He’s a swimmer, and swimming is something he finds entertaining. We don’t know how often he swims or if he is any good at it other than just doing it as a hobby or a way to cool off on a hot day, but he appreciates swimming. It is excellent exercise.

We did mention several hobbies already, but this one deserves a spot of its own. He loves stage combat, which sounds super cool to us. Combat alone is a difficult and skilled sport that requires ample training and a lot of focus, and those who practice and enjoy it are always so astonishing to us because they have to be so skilled and so patient to learn.

In a world where everything you do is shared with everyone else, where every moment you celebrate is made public, and where nothing is sacred, he’s done a lovely job of maintaining some semblance of privacy. He’s a man who is doing his best, and it seems to be going well for him.

When you talk about him and his career, you can say he did big things. However, not that many people get to go into their lives saying that they were part of such a huge project that the entire world watched. He was part of the Game of Thrones cast. This is a show that has gone on to break barriers by finding fans worldwide rather than fans in just a specific country. It’s big, and he’s proud of the work he did on this show.