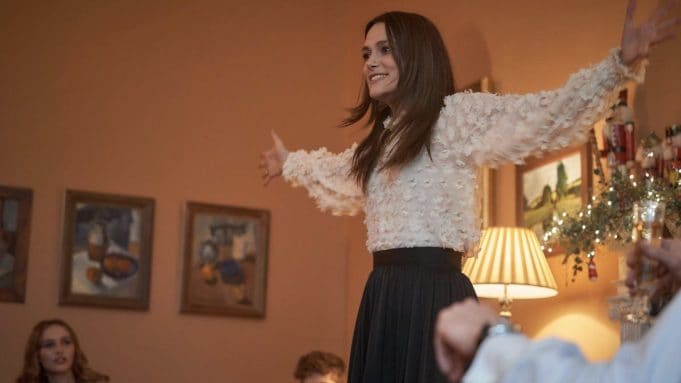 The latest holiday horror film sees Keira Knightley and Matthew Goode play Nell and Simon, two parents who invite their closest friends to join their family for an elegant Christmas dinner in their English home. However, in the midst of the smiles, laughter, and eggnog, the world is on course for big destruction and the group of friends must find a solution to the complicated problem. This horror feature is loaded with a notable cast and this list will name five excellent films that involve the actors of Silent Night. Let’s get started with the first movie on the list.

In this smart independent thriller, Joseph Gordon-Levitt stars as Chris, who was on top of the world as a star athlete until a tragic accident left him with severe brain damage. With his future shot, Chris ends up working a low-paying job barely making minimum wage; however, a group of former classmates has a chance at changing that if Chris helps carry out a plan to rob a bank. A taut crime drama that does an excellent job of showcasing complex characters, especially Chris. Joseph Gordon-Levitt is perfect as the lead character, with his tremendous moments mainly coming from the quieter scenes in the film. It helps establish Chris without the actor being required to say much, though his body language and mannerisms speak a thousand words. A strong and underrated entry in the crime thriller saga.

This captivating and based on a true story biopic centers around Benedict Cumberbatch’s Alan Turing, a Cambridge mathematics genius who’s recruited by the British Intelligence agency. Turing builds a machine to crack Nazi codes; however, when Turing and his crew manage to succeed, he’s sent to prison for his sexuality. This Oscar nominee may not have the thrilling action of Mission Impossible or The Bourne Identity trilogy; however, the film focuses on character than exciting set pieces, and the Intimation Game widely succeeds in exploring both internal and external struggles of Alan Turing.

This satire that showcases love, war, and Adolf Hitler focuses on Jojo, a German Boy gearing up to join the army to fight the Nazis that aided by his imaginary friend, Adolf Hitler. During his training, the young kid discovers a Jewish girl hiding in the attic and must battle his internal struggles with nationalism as World War II rages on. Funny, engrossing, and beaming with weirdness and charm despite its grim subject at hand, Jojo Rabbit manages showcase the importance of love, and the damage of World War II. At times, the tonal shifts can be jarring; however, the compelling cast of characters keep this film afloat, namely Jojo (Roman Griffin Davis), Elsa (Thomasin McKenzie), and Rosa (Scarlett Johansson). Of course, I can’t forget Taika Waititi’s performance as Hitler, who electrifies the screen by masterfully being manipulative and funny as Jojo’s sidekick. Despite the controversial themes, Jojo Rabbit manages to tackle the sensitive subject without any propaganda or false narratives.

His House is smarter, and more character driven then most modern horror films out today. The 2020 feature follows Rial and Bol, a refugee couple who makes a daring escape from their war-torn country of South Sudan. However, the two struggle to adjust to a new life in a English town thanks to an evil that’s lurking within their house. Visually stunning, moral ambitiously, and well performaned by lead actors Wunmi Mosaku and Sope Dirisu, His House transcends from being another haunted house film by addressing an important social commentary that never feels forced. Of course, this is a horror movie, and His House never forgets this thanks to the well-crafted scenes that draw genuine scares and tension throughout its 1 hour and 33-minute runtime. The film tries a little too hard to cover-up the reasoning behind the haunting, which in turn creates a plot hole or two along the way, those minor inconveniences never distract from this original story.

A sensitive, but thought-provoking film that touches on the value of life and love. A Single Man starts Colin Firth as George, a college professor who’s struck with a terrible tragedy as his lover Jim, is killed in a car accident. Feeling lost and hopeless, George plans to commit suicide; however, his encounters with various friends and family may help the college professor understand that his life is indeed worth living without Jim. A Single Man is not a happy film. It’s a grim and dark subject, and thankfully, Tom Ford explores its themes without ever being mean-spirited, insensitive, or too melodramatic. Of course, Colin Firth carries the complex role in an astounding performance that highlights the incredible range of the veteran. An important film that handles the subject of grief and acceptance expertly.