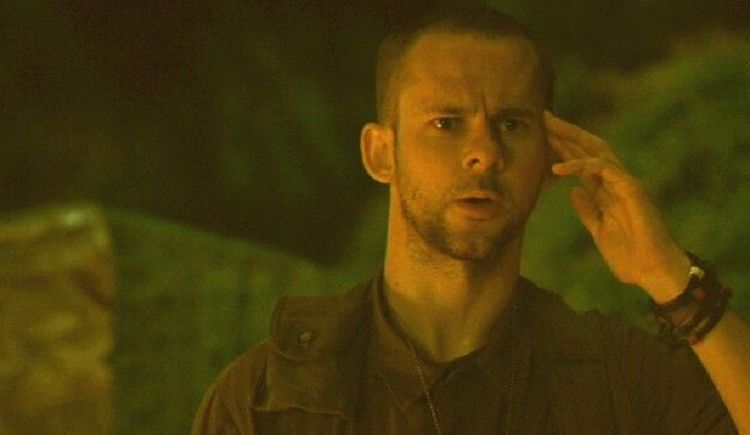 Every decade has good and bad characters and useful and, well, useless characters that are either put in as filler or are given a job to do even if it’s not certain what they’re supposed to be doing. In the action movies of the 2000s, which isn’t too far removed from the current year, there were plenty of sidekick characters that didn’t make a lot of sense even if people accepted them without question since they were made a part of the movie. But there are reasons why some of these characters were included, and it usually has to do with the idea that they were there to provide comedy, or were there to make the star look better by comparison. Then again, there are plenty of movies that used these types of characters for reasons that a lot of us might never know. What is known is that a lot of people might even remember them, and if they do then it’s likely they’d forget them all over again after being reminded.

Here’s a short list of sidekicks we didn’t need in 2000s action movies.

5. Leon – The Fast and The Furious

This guy didn’t really do much except just hang around, and even then he was more of a mooch than anything. Even Mia, played by Jordanna Brewster, admitted that Leon just ‘showed up’ one day and never left. Somehow Dom took it upon himself to welcome Leon into their group and that’s how things happened. The argument might be made that he was needed for the heists that the crew pulled, but even then Leon didn’t do much of anything other than run interference and maybe, just maybe, help lookout for the rest of the team. But apart from that, he was pretty useless most of the time.

Let’s put it this way, Matt had a very good motive for wanting to take down the Umbrella Corporation, but he was extremely naive and didn’t really contribute to the whole operation in the least bit. Plus, he was kind of a whiny, emotional guy that only became active near the end when it was a matter of life and death. In other words, he didn’t put in a lot on this movie when it came to the work that was needed to get from the depths back to the surface. Some might want to feel pity for Matt since he was turned into a monster thanks to the NEMESIS program, but overall, the guy was kind of a waste.

3. Max Cooper – Never Back Down

It feels kind of wrong to rag on anything that Evan Peters has done but in this movie, one had to kind of question whose side he was on until he was given a beatdown by the main antagonist. At that time there was no question about it that he was the friend of the protagonist and that the bad guy had pummeled him because of it. But apart from that, he was kind of an annoyance throughout most of the movie since he didn’t know when to shut up and he definitely didn’t know nearly as much as he thought he did about fighting. This is the kind of character that needs to be introduced and used when it’s absolutely necessary and at no other time.

There was one time that Arpid was absolutely useful in this movie and that was when he helped the main character get free before he was chewed on by fire ants the size of candy bars. After that, he was more of a whining nuisance than anything since he couldn’t fight, couldn’t track, and was really only good for comic relief. He was an extra body when he was needed, that much is for certain, and he did blow up the foundation stone, but it would have been easy to replace him with someone that might have been a little more likable and definitely a little more skillful.

So let’s see, the team Wolverine is on in this movie has his biological brother who can scale a building with his claws, a teleporter, a guy who can stop a tank shell from firing, and a bargain-basement version of Deadpool. And they absolutely NEEDED a telekinetic to reach the top floor? As great as it is to see Dominic Monaghan, his part in this movie was way overblown, and it’s even hard to imagine why he was given a death scene. This could have been handled with a simple obituary in the newspaper and it would have been done. But apparently, his death scene needed to be built up to the point that we had to hear him scream as Victor took his life.

Some sidekicks have a purpose and some don’t, that’s kind of just how it goes.