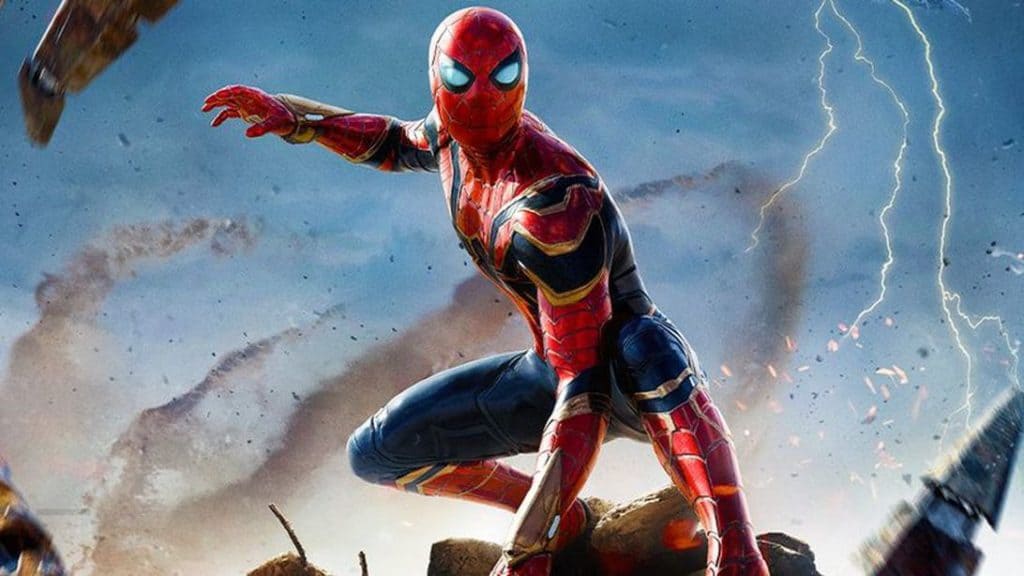 It’s not too hard to come up with a few knee-jerk criticisms of Spider-Man: No Way Home that are present in a lot of comic book movies, but they’d be little more than sniping comments that aren’t really worth making since the movie is actually put together in a manner that makes said comments feel way too petty. There are spoilers coming, so if you haven’t seen the movie and don’t want to know, then stop reading, otherwise, there’s not a lot bad to say about this movie in all honesty. Sure, there’s a lot of sentiment and weeping since a few sad things do end up happening and it’s easy to understand why the movie slows down at a certain point. But apart from that, things progress in a manner that makes a lot of sense, even when things don’t appear to mesh as they should. In other words, this was just a fun movie to watch and it’s easy to see why it’s been performing so well with the audience and the critics alike, which isn’t bound to happen that often.

Even better, it jumps from the last movie right into the same moment that people remember when Spider-Man was outed as Peter Parker by none other than Jonah Jameson, who is revealed to be broadcasting his message from his own apartment in front of a green screen. The fact that Peter becomes a celebrity, and a hated one, in a matter of minutes, is pretty messed up considering that he helped to save the world along with the Avengers. It’s kind of tough to think that none of them would stand up for Peter, which would have meant more cameos likely, but even Doctor Strange was laying low since it almost appears as though a lot of people had no idea why everyone returned after the Blip, as it’s so commonly known. Who knows, it could be that people are better off not knowing since the average individual might not want to know that at any moment a cosmic force could wipe them from existence.

But getting back to Spider-Man, being taken in by the feds proves to be a giant hassle that thankfully sees Peter let off the hook eventually, even if a lot of people still feel that Mysterio was in the right, which is kind of hard to believe since some folks still believe Thanos was right as well. The lines between ‘good’ and ‘bad’ have definitely been blurred over time, which is troubling in a number of ways. But when it’s apparent that the revelation of who and what he is starts messing with Peter’s life, as well as the lives of those he’s close to, he decides to ask Doctor Strange, who’s still a bit arrogant and full of himself, to come up with a spell to make people forget he’s Spider-Man. That request is, in itself, a huge red flag since it signals that Peter isn’t mature enough yet to realize what’s bound to happen if he takes the blanket solution before trying to figure out how he might put his life back together. Even Doctor Strange isn’t too happy when he discovers that this is what Peter has done. By that point, it’s a little too late, however, since the spell has been cast, and strangers from the multiverse have appeared.

It’s too bad that the Rhino didn’t make the cut, but given that he was only in The Amazing Spider-Man for a few minutes it’s not hard to think of why he was left out. Plus, he wasn’t given that great of representation. But bringing back all but a couple of the villains from previous Spider-Man movies, Harry Osbourne and Venom were absent obviously, was pretty cool since it was way too much for Peter to handle, at least until help showed up in the form of two more Peter Parkers that people had been told might not show up at all. The best part is that they weren’t just there for cameos, they were heavily involved in the movie, and it was made evident that they’d seen and done their fair share of stuff since Maguire and Garfield don’t attempt to play young men any longer as they make this kind of funny by stating that they have back issues and that they’ve been through one emotional wringer after another.  I won’t give it all away, but the fact is that this was undeniably the best Spider-Man movie yet, and the ability to bring everything that’s been seen together in this manner was great since it wasn’t too goofy and it wasn’t so over the top that a person could just roll their eyes think that it was the same old business. There was a lot of effort put into this movie, and it paid off.