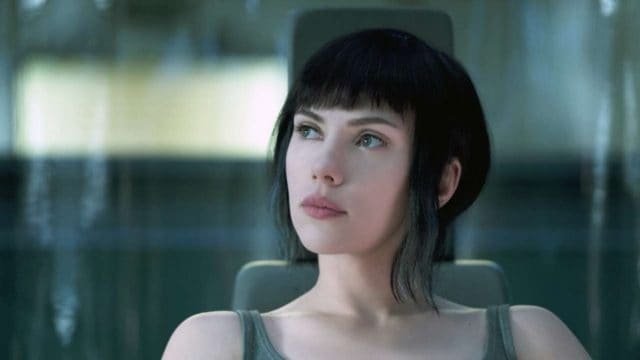 Let’s start by saying that not everyone is going to agree with this list detailing Scarlett Johannson’s worst movies and have done with it. Of course we won’t all agree, but there have been some movies in which Scarlett just didn’t feel like she belonged and others that felt like her presence could have been stronger. She’s a great actress but there have been times, recently in fact, that she just doesn’t seem to fit right with the movie. This happens to a lot of actors at times, they might take on a role thinking they can do and then find out that their best isn’t quite the same effort that’s needed for a particular part. A good analogy is trying to dress up a wolf like a sheep and make another Lamb Chop, it just doesn’t work.

Yes it’s a weird analogy, that was the point.

5. Ghost in the Machine

Scarlett wasn’t the only to catch a lot of flak for this movie since the term ‘white-washing’ has been going around now for quite a while in movies. Giving her a part that should have gone to an Asian actress was a risky move by the director and producers, but it was done all the same. That being said the movie wasn’t exactly as much of a visual challenge as it should have been.

How many people remember this movie? It was released not that long ago but it seems to have slipped through the cracks and been left there until someone comes and finds it. Scarlett is adept at doing science fiction but this one seemed to go beyond the pale in a way that just defied easy explanation or understanding. When watched more than once people can come to comprehend what’s going on, but until then it’s one giant “Huh?” moment.

She simply didn’t have enough of a presence in this film and what time she did have on screen wasn’t entirely memorable. In fact it seems that she was there more as eye candy, which in fact was kind of the job description as a magician’s assistant, than anything else. But coming in so late in the movie and then not being able to do much more than speak a few lines here and there didn’t do her any favors.

This movie just never really went anywhere it seems since the magic that Frank Miller managed to use for Sin City and 300 was pretty much spent at this point and the effects were kind of lost on the audience. The whole story just never really got going and the idea was something less than what people were expecting this to be so it kind of fell flat on its face.

This really looked like it might have been comedy gold when the trailer hit, but the movie became more like a confused mess when it really got going. In fact it kind of have the undertones of a female version of Very Bad Things but with far less killing and a lot more drama. In any case what was supposed to be hilarious turned out to be kind of muddled in a way that didn’t really come together.