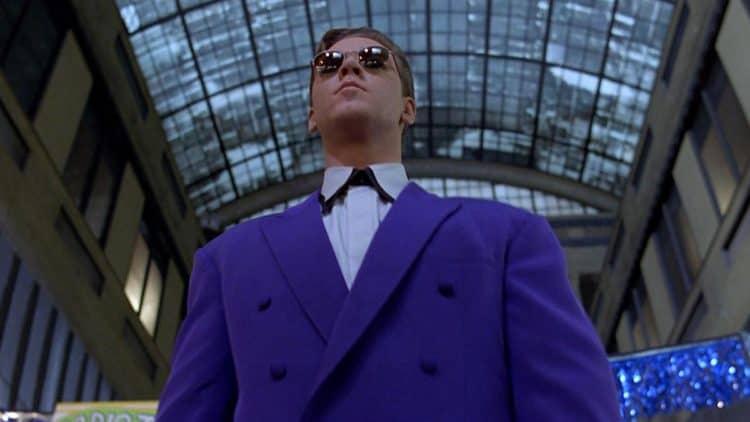 At one point in the movies, virtual reality was something that was unheard of but also rather impressive since one has to remember that back in the day computers were much simpler than they are now, and the VR experience was something that a lot of people knew nothing about. Once the VR movies did start coming out the process appeared to build quickly for a lot of people since the progress that was made appeared to come overnight, and with each movie, the effects continued to get better. Looking back at the movies that started the whole idea of virtual reality in the movies it’s fair to say that a lot of what people felt was so impressive was pretty pedestrian when compared to everything that’s available now. But back then these effects wowed a lot of people since they were cutting edge at one point, but were old news the moment that someone came up with something better. Technology moves quickly at times, but it’s important to pay attention to what paved the way for what we have today.

Here are five of the best virtual reality movies:

When this came out it wasn’t given much thought by a lot of people, but the implications of the movie were kind of terrifying when one thinks about what the main character, Jobe, was trying to do. After being made smarter through the VR programs administered to him by Pierce Brosnan’s character, along with a few injections that were designed to stimulate Jobe’s mind, things kind of went sideways. Jobe became too intelligent and started to lose his grip on reality as he found himself unable to live in the real world any longer as it had become too simple and too dangerous. The fact that he uploaded his consciousness into the computer was all kinds of terrifying.

Thinking that all video games might one day belong to a system like the OASIS is interesting but also kind of dangerous since one can only imagine that one person is going to crave that kind of control so that they could make the rules and forget what anyone else wanted. That’s kind of the story as it goes since Wade and his friends are out to stop the antagonist, IOI from taking control of the OASIS by finding the hidden keys that would unlock the Easter egg that would grant control to the person that found it. Some people thought this was a pretty cheap attempt at making a movie, but the overall theme is pretty cool.

3. Jumanji: Welcome to the Jungle

This had to be kind of a challenge for the actors who played the avatars since they had to take the attitudes of the individuals they were supposed to be representing, meaning they didn’t get to act like themselves in any way, shape, or form. The fact that the weakest people among them in terms of confidence and physical strength became the toughest members of the group was kind of funny. It’s a wonder why something like this wouldn’t have become its own VR game at this point, but perhaps there wasn’t enough interest. In any case, it does feel as though a third movie will hopefully wrap things up, at least for a while.

In a big way, this made a lot of people aware of Russell Crowe since he put on a very insane but effective performance as a runaway AI program that was given a physical form and managed to escape to wreak havoc on the real world. The only downside was that he was a product of his programming, as he had been created from the templates of several different vile individuals that were guilty of a multitude of crimes. Storing that many negative individuals in one vessel was bound to go wrong in some way, and Denzel Washington’s character had to find a way to play on the vulnerabilities of the most dominant personality since it had something to do with him.

This move revolutionized the way that people thought about the relationship between humanity and the machines since while movies such as The Terminator made it clear that mankind and machines might one day have a serious set of issues to deal with, The Matrix made it clear that something like killer robots might actually be preferable to something that could enslave humans by the millions in order to function. The dire implications of such a thing are disturbing enough that one can’t help but wonder if we’re in a simulation at this point and only think that we’re free. It’s a thought that many people have had to date, no matter how much we want to believe otherwise.

Virtual reality is a trippy thing to think about.