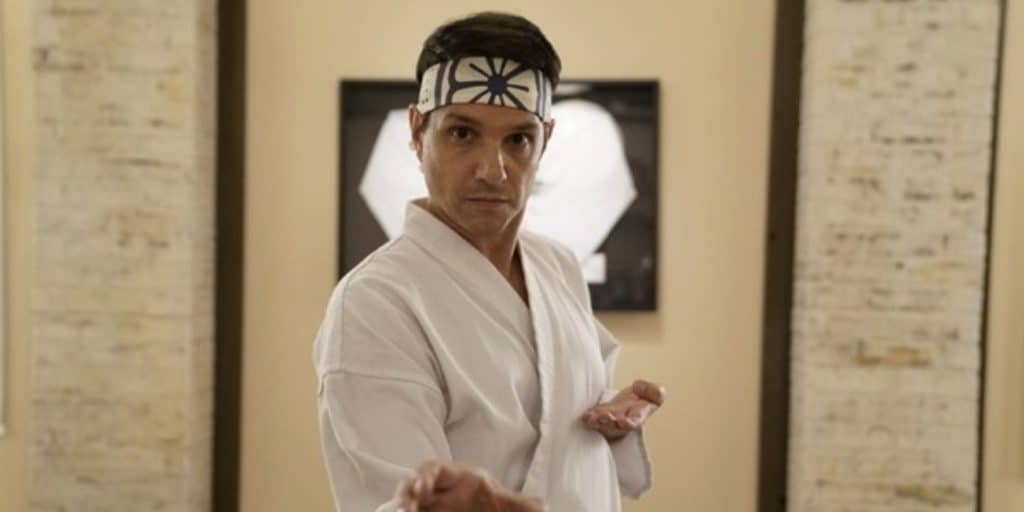 It’s an honest question really, whether we really need another Karate Kid movie or not, but it sounds as though Ralph Macchio would be on board with the idea if something came along that might be able to work in a way that would fill in the gaps that people are thinking about. So far, the Cobra Kai story has been getting better and better with each new season, and this current season, number 4, is no exception since it brought back a character that a lot of people were hoping for, and it’s managed to explore the kids and their continually shifting attitudes. But there is still a huge gap between Karate Kid III and Cobra Kai season 1, and that appears to be the subject of the movie that people are interested in seeing the most. It makes sense really, since we’re already seeing the torch pass slowly but surely in the show, and another movie moving forward might not be a bad idea, but it doesn’t feel as though it might top the show, which means it would be a bit of a disappointment to a lot of people.

That is to say that Cobra Kai has effectively been raising the bar on this particular story since it debuted a few years ago on YouTube before switching over the Netflix. Since then the story has only been getting better, which means that if a movie were to be made based on Daniel’s life between the third movie and Cobra Kai, it would need a lot of help, and a seriously good cast since trying to find actors that could play a younger version of, well, pretty much everyone but Mr. Miyagi, would be kind of tough. Plus, bringing in someone to play Mr. Miyagi would likely be met with a great deal of outrage at first, even if it did manage to simmer into grudging acceptance. The acting would still need to be on point in order to make it work and to keep the movie from being blasted and denied as part of the canon.

The fact is that Pat Morita played the part of Mr. Miyagi so well that even those that didn’t grow up with The Karate Kid movies, but came to experience them later on, would likely agree that there can’t possibly be another Mr. Miyagi out there, no matter that the fact is that acting is the point of being an actor. This means that yes, there is probably someone out there that can and would like to take on the role of Mr. Miyagi, both to show they can do it and to pay respects to one of the greatest characters ever. But who would be able to play Daniel, his mother, and a few other key characters would be kind of tough to think about, though it’s possible that the right people could be found that would be able to fill each role. It’s not hard to imagine that Amanda LaRusso would be hard to cast since she didn’t show up in the original movies, and as a result, her character would be far easier to match by finding someone that looks like her. Of course, that’s a matter of when Daniel met her, which would need to be figured out before moving forward.

As far as needing another Karate Kid movie, it feels accurate to say that we don’t really need it, but if one were to come along it’s possible that people wouldn’t mind in the least. Another chance to see how things turned out for Daniel after the third movie might be kind of interesting since it’s obvious he and Allie didn’t get back together, and he and the young woman in the third movie didn’t end up hooking up either, which was a good thing since she was so much younger at that time. But it would have been nice to see the influence that Mr. Miyagi had on his life from that point forward and to perhaps even see the movie end with Mr. Miyagi meeting Samantha for the first time. However it might happen, it does feel that a new Karate Kid movie would generate enough interest that it might be anticipated by the many fans that have followed the story thus far.  With Cobra Kai it already feels as though the story is headed in the direction that it needs to go since apparently season 5 won’t be the last we hear of the story, as season 6 talk is already coming around. How long it will go however, and how long it will remain interesting, is hard to say, but there are definitely a few stories that could be fleshed out a bit more in order to finally get a definitive answer about the parentage of a few characters.