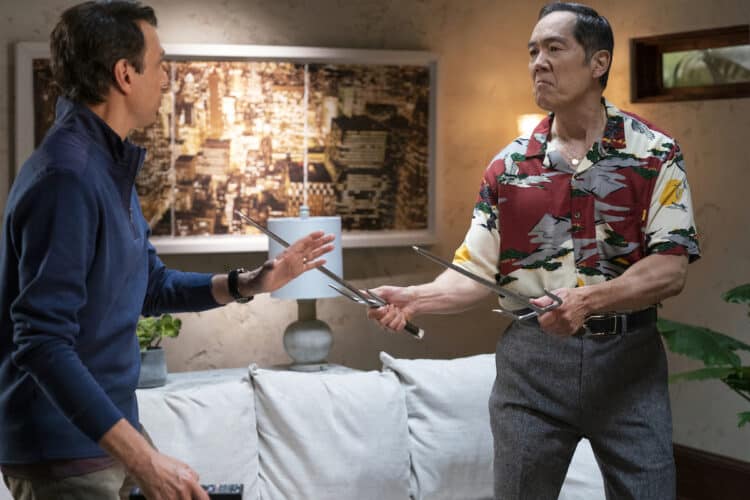 It looks like we don’t have to wait until the end of the year to see how things pan out after season 4 of Cobra Kai since season 5 is apparently hitting Netflix in September, which is bound to give a lot of people a great deal of joy since by the end of season 4 it’s fair to say that a lot of people felt a little cheated. Well, Miyagi-Do and Eagle Fang were technically cheated, but now one has to wonder if Tory is going to be satisfied with knowing that her sensei, Terry Silver, paid off a judge to keep her from losing, or if she’s going to turn the corner and come clean. Unfortunately, the longer she waits, the more likely it is that Silver will be able to bolster the lie and keep things quiet. But with Kreese in jail and out of the way, and Daniel and Johnny forced to stop teaching, it’s easy to think that the valley will turn black and yellow in no time with Terry’s connections. It’s tough to say, but Cobra Kai might have been a little better under Kreese, especially since the old man was beginning to lighten up a bit as the last season showed.

But the loss to Cobra Kai was devastating, especially since it means that Silver is free to do what he wants now. But the end of season 4 brought back a character that a lot of people were happy and excited to see, as Daniel is joining forces with Chozen to take Silver down, though it would appear that Chozen is going to be thinking aggression since the line ‘I am gasoline’ when used in response to Silver’s comment that Daniel indicates that he’s not there to play. With that volatile piece in play, one has to wonder how much of an influence Johnny will be in this fight since his trip to Mexico to find Miguel, who in turn is trying to find his father, already looks like it’s about to get catastrophic. Tack onto that the ill feelings between Robbie -who’s along for the ride it would appear- and Miguel, and it feels as though things are going to heat up quickly and become dangerous for everyone involved.

The mention of how much Daniel knows about Silver is interesting since he knows too well how Silver works, and what he’ll be demanding from his students. This feels kind of interesting to mention in the current era when a lot of people are far more aware of what’s going on thanks to social media. It’s also interesting since the type of hard-hitting training that used to be seen in the past doesn’t feel as though it’s going to be as popular today, which could mean that Silver might be setting himself up for failure no matter how careful he is. But until that happens, it’s kind of obvious that the style of teaching he’s used to is going to turn some of his students into skilled thugs, while others might begin to question the wisdom of signing up for instructions that will end up turning them into the people they were trying to defend themselves against.

It was a bit of a surprise to learn that this next season would be coming so soon, but there’s nothing but gratitude stemming from a lot of fans so far. The few extra months it might have taken to see one of the hottest shows on Netflix might not have been a hardship, but being able to see the next season sooner is an exciting proposition since the ending of season 4 was able to fire a lot of people up. Seeing individuals who used to be enemies finally standing together against an even worse enemy is inspiring in a big way, since it doesn’t necessarily mean that they’re bound to be besties for life, but it does mean that they can put their issues aside long enough to take on a legitimate threat, which Terry Silver definitely is. The only thing that could make this story any better at the moment, well, one thing at least, is if Pat Morita had been able to be an active part of it. But even so, it would be satisfying to see him in the role of a wizened teacher, as his participation would have likely been limited to a non-combative role.

But the spirit of Mr. Miyagi is still very much a part of this show, as it has been from the start. A big hope is that we’ll get to see Johnny, Robbie, and Miguel finally iron out their differences and come to help against Terry Silver and Cobra Kai. At this point, it still feels smart to think that Robbie is a key to bringing balance to this story, as is Miguel. September 9th isn’t that far off, but somehow it feels way too far at the moment.