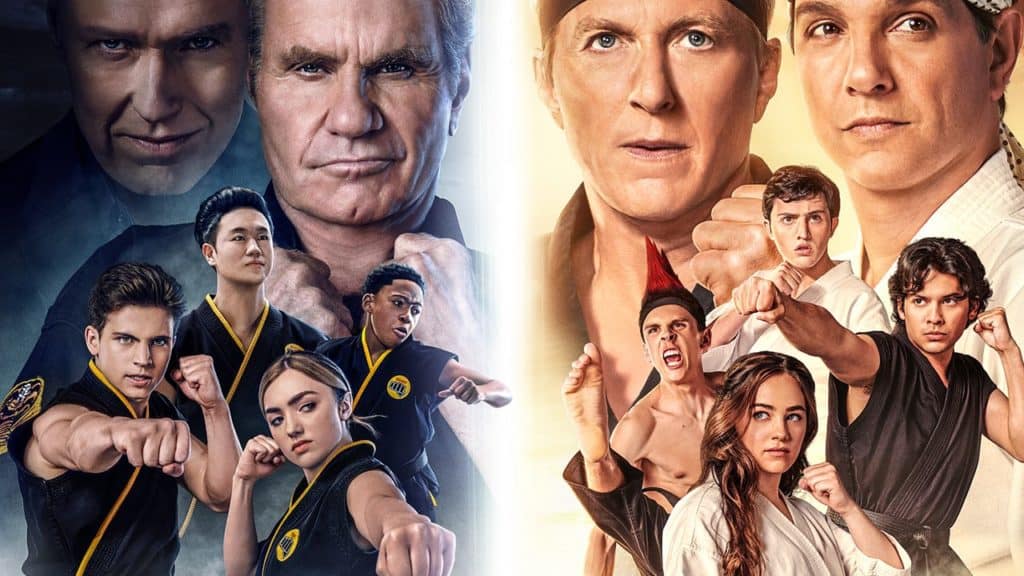 For everyone that hasn’t binge-watched season 4 of Cobra Kai, there are going to be spoilers, so be prepared. But for those of us that have gone through all 10 episodes already (yes, we’re nerds, embrace it), this will be more of a recap. Right off the bat, the alliance that Johnny and Daniel formed is, as it should have been expected, rocky as hell since both individuals have a very different style of teaching. But the biggest surprise doesn’t come from their various techniques and how the students handle them, in fact, it doesn’t even come from Eagle Fang or Miyagi-Do at all. Instead, it comes from Cobra Kai, as everyone already knew that Terry Silver was coming back, and anticipated this return since Kreese was heard talking to someone when season 3 concluded. What we didn’t know was that Terry had no designs on coming back to this particular world. In fact, after the fiasco in The Karate Kid Part III, he simply disappeared, and John Kreese became a broken man since Cobra Kai was more or less dead considering that Mike Barnes was the last hope.

But the problem with Silver, as it’s seen from episode 4 onward, is that he’s a perfect example of why one leaves sleeping dogs to lie since the man is like a caged beast that when set free doesn’t know how to stop and wouldn’t care to if he did. Silver openly admits that he was coked out of his mind when he was torturing Daniel, and even expressed remorse for it. But when his Vietnam flashbacks started up, and when he finally embraced the fact that Kreese was right, that he missed his life in Cobra Kai, it was like the final lock being shattered as the animal within the surged forward, fully prepared and intent on creating as much damage as possible.

Matters didn’t get any better when it became obvious that Johnny and Daniel still couldn’t work together since their beliefs were very different. Despite functioning, somehow, in the current era, Johnny’s way of thinking is still stuck back in the 80s and 90s, while Daniel has embraced the defensive mindset a little too well, and has taken Miyagi”’s lessons about pacification to heart. The biggest issue with this is that while Johnny is teaching the students to kick ass, Daniel is teaching them to balance themselves and focus on karate as a defensive style that is designed is incomplete without the offensive mindset that one needs in a serious fight. There’s a great deal to take in within this season, as Daniel and Johnny are both still finding out what works and what doesn’t, while Sam goes on the offensive, making it clear to Tory that she’s going to do whatever it takes to beat the hell out of her, while Robbie is of the mind that there’s no way Miyagi-Do can defeat Cobra Kai if he teaches the secrets of his former sensei to his new Cobra Kai allies. As each episode builds up to the finale, each individual has to go through a number of different trials, as Amanda LaRusso attempts to help Tory after discovering her difficult situation, and even attempts to squash the rivalry between her daughter Sam and Tory.

Anthony LaRusso actually becomes a bully thanks to his own poor decisions as he bullies a young kid named Kenny, who is new to the district, and enters Cobra Kai to toughen himself up. But by the end of the season, the tables have turned since Kenny learns a great deal from Cobra Kai, namely how to stand up to his bullies, but also how to become a bully. By the time Robbie, who trained Kenny in part and attempted to mentor him, pulls the new kid off of Anthony, things have gone way too far for any peace to be brokered. A great deal has happened this season, and binge-watching it doesn’t mean that we’re not going to go back and check out everything that remains unknown, such as who Johnny’s father was, who Miguel’s father is, who Tory’s father might be, and so on. It’s also important to note that once Kreese started seeing the madness that Silver was coming with, his own sense of honor was put to the test, and it’s fair to say that he’s not willing to cheat to win any longer, as he recognizes that this is where he went wrong with Johnny.  But of course, once the other shoe drops one should have expected something bad would come along, or rather, something worse. The betrayal of Kreese by Silver, and the sudden need for Miguel to meet his father, are perfect ways to bring in another season, that will likely be here within another 12 months considering that seasons 3 and 4 were released around the same time. But with so much to anticipate and talk about, this current season will bear a lot of watching since, well, there’s a lot that’s been revealed and a lot more that we don’t know yet.