Home
Entertainment
News
Disney+ “The Princess and the Frog” Redesign 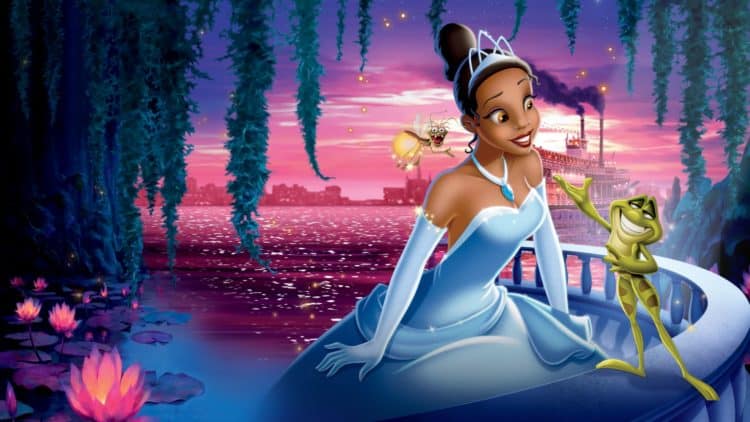 Disney Parks made lots of people pleased, and few people were not amused. The fans least expected their revelation that Splash Mountain’s ‘The Princess and the Frog‘ was getting a significant overhaul. The story of Naveen and Tiana continues as a redesign of Splash Mountain. Walt Disney’s Parks division brought in new story details and concept art on the franchise’s continuation. Guests will join Tiana for the Mardi Gras celebration with Louis, the trumpet-playing alligator, and Naveen. The redesign will include songs inspired by the original soundtrack. They intend to incorporate the New Orleans culture into the redesign’s feel and look, from visuals to sounds. To bring the conceptualization into account, the commissioning of Paintings by Shakira Mahdi took place.

The first announcement about the redesign was in June 2020. It was because the redesign aped the contentious 1946 movie Song of the South. It follows a young boy during the end of the civil war who visits his grandmother’s plantation. For containing racist stereotypes and exciting the slavery topic, Disney has kept Song of the South away and has not released the film in the Disney + catalog. Disney has officially shared the ‘Princess and the Frog’ theme in the Splash Mountain ride. The animated fairy tale released in 2009 originated from New Orleans in the 1920s. It features Tiana, Disney’s first black princess. The redesign of Splash Mountain’s story takes place once “the final kiss” from the film happens.

Imagineers have had a close work relationship with Dooky’s restaurant owners, the Chase family. They intended to capture the spirit of the new ride in the renovations. Charita Carter, from Walt Disney, explains the story. She said that Tiana would invite the guests to join her in the adventure. They will actively participate in the experience. The adventure comes to an end with the Mardi Gras. Tiana’s Mardi Gras Party is to die for. A video of the meeting at Dooky’s discussing Tiana’s legacy is available online. The name and the timetable for the new attraction, according to Charita Carter, have not yet been released. That is notwithstanding, the process has had lots of planning, brainstorming, and general Imagineering.

There are multiple trips to New Orleans to ensure justice to the city in the final redesign product. To bring out the vibe and spirit of the city, Carter said they would walk every street and have conversations. They aim to have guests from all over the world find the place unique and see it as their home. That is why the team is diligent with their research. As envisioned, from when the guests enter the ride queue, Carter said authentic little details would surround them and help them have New Orleans in their minds. Once they get to the front of the line, they’ll meet Princess Tiana. She is the one inviting her guests to join her for an adventure on the bayou. Tiana takes her guests through the fantastic journey. The new ride will feature a next-generation audio-animatronic character that raises the technological bar compared to the ones used in the other attractions. If we look at it from an architectural point of view, the ride’s old track system will not change much from its original configuration.

In terms of the tide system flows and ebbs, the redesign Imagineers will remain consistent with it. The new ride will have music from New Orleans. The musicality is one of the few similarities the new ride will have with Splash Mountain from before. The new ride offers inclusivity, and the guests will love the experience. Tiana’s story is universal, and it appeals to all backgrounds and races, and that is what New Orleans is all about. The characters use canoes as opposed to logs, and guests will enjoy an adventure aboard their boats. The expectation is that the ride’s route will remain the same. Tiana’s voice will lead through the bayou in the various scenes. The last scene shows the Mardi Gras.

The fans can watch ‘The Princess and the Frog’ again using a streaming service on Disney +. We may not know how big the splash moment will fit the story and how it will work. There may be drama getting in the story’s way. Disney is not yet ready to reveal that part of the story. It sounds exciting. The ride may not be the only thing we’ll get. Any Mardi Gras party needs excellent food. Thus, the Inclusive Strategies Vice President, Carmen Smith, said they’ll work on that. Indeed, we hope that shifting them to splash mountain is not stopping there. Hopefully, it will be inclusive of a Tiana’s Place Restaurant. Something like this is perfect because Disneyland will need another location for great dining in the park.

So, when do we get to see the new ride? At Magic Kingdom or Disneyland, the redesign has not yet commenced. There is also no indication of when it will start. The new attraction is exciting, and we hope that we’ll get to see it sooner than later. The long-awaited update on Splash Mountain comes at an ideal time as Disney kicked off World Princess Week for the first time. Even with the refreshing of Splash Mountain reflecting the principles of The Princess and the Frog, there’s still more work to be done. Perhaps this is just a start for Disney to rethink other attractions in Disneyland that have led to controversy. Indeed, maybe the changes made to Splash Mountain could have led to the redesigning of Jungle Cruise. Disney also committed a $50,000 donation to NOCCA (The New Orleans Center for Creative Arts). The center offers its students lessons in various subjects such as dance, classical instrumental music, culinary arts, instrumental jazz music, and media arts. Regardless, princess Tiana’s move to Splash Mountain will create a wholesome and more enjoyable experience for Disneyland fans.