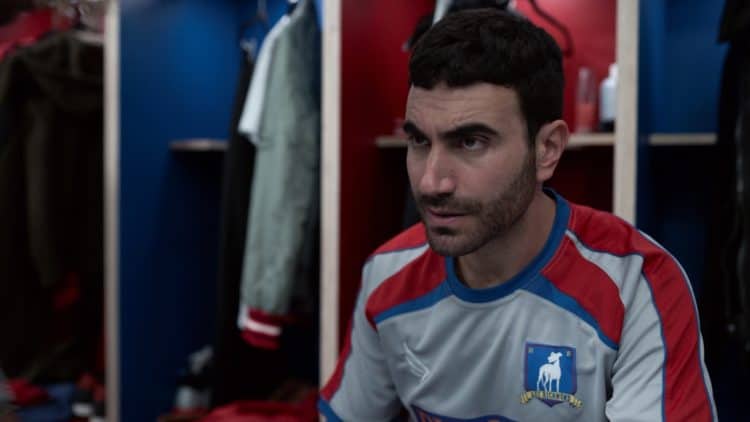 Everyone knows Brett Goldstein from his role in “Ted Lasso,” but what do you really know about the actor aside from the fact that he’s handsome and famous? He’s someone who has been in the spotlight for some time, but he’s not making appearances in front of the camera alone. He is also a writer. He is a comedian, and he is English. There are so many things that fans simply don’t know about the actor, and we are here to change your opinion about him. At the very least, we are here to help you get to know him better.

Brett Goldstein was born on July 17, 1980, in England. Specifically, he was born in Sutton, London, England. He grew up with his mom and dad, but he did move around a bit as he grew up. His family is a mixture of British and Jewish.

2. He Has an Interesting Degree

Following his childhood, he decided it was best for him to pursue his higher education. He decided to do so by attending courses at the University of Warwick, which is where he earned his college degree. His degree, however, is an interesting one. You don’t hear many men talking about their degree in this specific niche, but he has his. It’s a degree in Film and Feminism.

3. He Lived in Spain

For a time after he finished college, he moved to an area in Spain known as Marbella. It’s a place where he found a little bit of his life going in an interesting direction thanks to his father. His father was going through a midlife crisis at the time, and it brought him to Spain to go into business.

4. He Worked at a Strip Club

His father’s business in Spain was in the strip club industry. His father purchased a strip club during his midlife crisis, and Brett worked at the club for his father. We don’t think he danced at the club, though. We think he did a bit more behind-the-scenes work.

5. He Was Not Meant to be His Character

His father had a dream for his son, and that was that he would be a famous football player – soccer, to us Americans. His dad wanted him to play for his favorite league and be as famous as possible because he is a huge fan. He’s disappointed that his son had no interest in the sport.

7. His Father is Proud

He does like to joke that his father is not proud of him and his success because his success was not found playing soccer, but he’s only joking. Sure, he possibly hoped to have a son who plays football, but he is very happy that he has a son who is successful and independent.

8. He Enjoys His Cursing

If there is one thing people take too seriously, it’s curse words. They’re not that big of a deal, honestly. Some of us use profanity as an adjective throughout multiple sentences in one conversation. Others don’t enjoy that so much. Goldstein is perfectly happy with his choice of language, and he is happy to use it anytime he can.

9. He Loves the Muppets

He just does, and there is nothing wrong with that. He’s a grown man who grew up with these little characters and all that they are doing, and he is a fan. You can be a fan of something you’ve aged out of, and it’s all right. In fact, Miss Piggy herself is a fan of Ted Lasso, so….there you go. And, by Miss Piggy, we mean the man behind her voice.